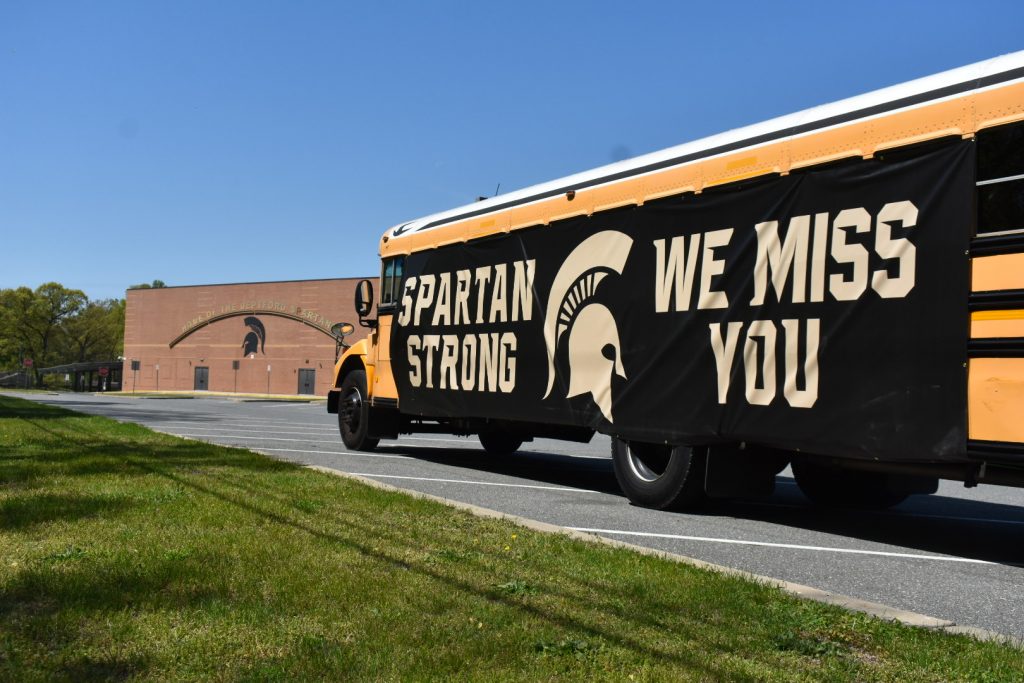 Balloons, flowers, cards, gift baskets and more were left on front steps and porches for members of a Deptford Township High School senior class uncertain about what the future has in store with graduation less than a month away.

Less than a week after Gov. Phil Murphy announced New Jersey schools would remain closed for the rest of the school year due to COVID-19, two Deptford residents teamed up for a community-wide campaign to support the class of 2020. Nicole Funk and Tracy Abruzzo launched a Facebook group named  Adopt a Deptford High School Senior Class of 2020.

The page gives residents an opportunity to “adopt” a senior in this year’s graduating class, then send them gifts and love as they traverse the final weeks of senior year.

“They’re sad,” Funk said in talking about the senior class. “It’s something to just put a smile on their faces.”

Funk launched the page after discovering similar groups for West Deptford and Gateway high schools. The parent of a 2019 Deptford graduate, she felt an adoption campaign was the perfect way to unite the community behind the senior class.

“I just want to see happiness,” Funk said. “I want to see kids smiling again. All of this has just been taken from them.”

Shortly after Funk launched the page, Abruzzo, the mother of Deptford senior Austin Talbot, stumbled upon it as she was contemplating her own group. Instead, she teamed up with Funk to run Deptford’s adopt a senior campaign. The two have formed a strong partnership even though they have never physically met before.

The rules for adopting a senior are simple. Parents who wish to offer their senior up for adoption are asked to post pictures of them along with a short description including academic accomplishments, clubs, sports teams  and activities they’ve participated in, where they are going to college and more.

In the comments section of the post, a resident can offer to adopt the senior. Once the adoption is confirmed, he or she can get in touch with the senior’s parents to send gifts. Funk posted a form in the group where seniors can fill out a list of their favorite gifts and foods.

There aren’t specific guidelines for how many gifts or what type of gifts should be given to the seniors, but Funk envisioned small items such as a gift basket, balloons and cards. Abruzzo added she didn’t want to pressure community members to spend a lot of money on the campaign, especially with many families struggling financially during the pandemic.

Once the page launched, word quickly spread on Facebook and in the community by word of mouth. There are 241 seniors in this year’s Deptford senior class and one of the group’s goals was to get every graduate adopted. By the morning of  May 14, the group was nearly halfway there, with 100 students adopted and a number of them having already received gifts.

“I wasn’t expecting it to blow up as fast as it did,” said Abruzzo, whose son Austin received a gift basket last Tuesday. “We’re getting requests every day. We’re trying to get parents to get us their kid’s information to put out.”

Trying to get in touch with every family has been the biggest challenge. With not every parent and senior on Facebook, Funk and Abruzzo have relied on community volunteers such as teachers and senior class officers to get the word out. Funk said parents who wish to have their senior adopted but are not on Facebook can have another community member post their information to the group.

The group isn’t limited to graduates of Deptford Township High School. Any senior graduating from a technical or private high school is also invited to join.

“I didn’t want to limit it to just our kids,” Abruzzo said. “Just because you go to a private school or chose to go to a tech school, you’re still a part of our town.”

There’s no telling how long the adoption program will continue. Both Funk and Abruzzo are on board with allowing seniors to be adopted by multiple people once every senior is adopted once. Abruzzo also said township residents can continue to send adopted seniors small gifts through graduation and even leading up to their first semester of college.

Above all, Funk and Abruzzo want the community to do whatever it takes to make sure the senior class feels loved.

“Deptford is an awesome, awesome community,” Funk said. “I did this with the hope we could reach all 241 seniors and the students from the private schools.

“My hope is it keeps blowing up and we get everyone adopted.” 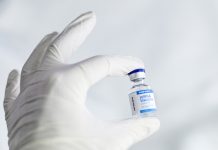