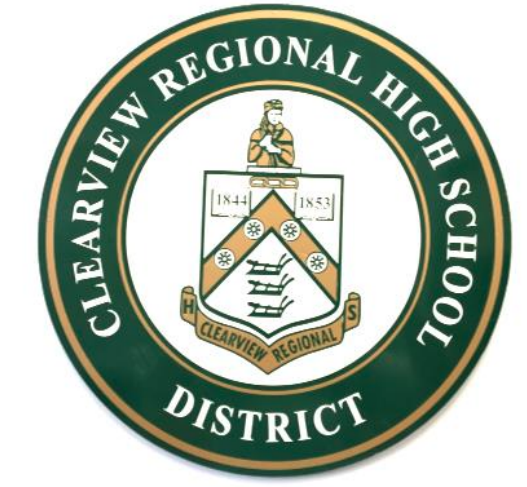 The Clearview Regional High School District’s (CRHSD’’s) Board of Education approved its 2020-’21 budget during a virtual meeting May 4.

The proposed tax rate for Harrison Township residents is .757 per hundred, reflecting a proposed increase of 0.6 cents. For a home with an average assessed value of $344,085, the property owner will see an annual increase of $23.79.

The proposed tax rate for Mantua Township residents is .811 per hundred, reflecting a proposed increase of 1.13 cents. For a home with an average assessment of $207,486, the annual increase is $23.50.

School Business Administrator Esther Pennell described the proposed budget as being a true group effort to prioritize both the district’s and the budget’s goal of maintaining CRHSD’s high-quality educational programs.

After numerous reviews and a tentative budget introduction March 19, the budget presented at the virtual meeting reflected a loss of $566,240 in state aid, per a cancelation notice the district received Feb. 27.

As preliminary efforts occurred to “rapidly balance our budget by making over $400,000 of cuts to various areas,” a cumulative reaction to the early realties of COVID-19, the amended budget Pennell presented May 4 reflected the finance committee’s reevaluation of those cuts.

A resolution later in the meeting sought to approve the budget amendments to restore some cuts by employing Clearview’s reserve funds.

The first amendment proposed withdrawing $509,799 from the district’s maintenance reserve fund. The handful of projects that withdrawal would potentially cover include items that were axed in the initial rounds of budget cuts, such as HVAC repairs, new carpets and bathroom maintenance.

The second budget amendment requested a $4,042,500 withdrawal from the school district’s capital reserve fund. According to Pennell, Clearview specifically earmarks those funds every year for capital projects, such as  planned boilers, synthetic turf for the football field, improvements to both the parking lot and driveway, and a lockdown emergency notification system that the withdrawal would finance.

As the district has seen a 40-percent decrease in enrollment since October of 2010, its state aid has similarly diminished, though CRHSD does anticipate an increase for the ’20-’21 school year. But between the shift of the tax levy burden from the state to the local level and the state’s initial discovery that CRHSD had been overfunded by $1,863,300 for the ’18-’19 school year, funding will continue to decrease over a seven-year phase-in relative to its enrollment numbers.

The ’20-’21 school year will be the third year of that reduction, and its budget reflects a 23-percent drop in state aid.

“The state chose not to follow the funding formula for several years,” Pennell explained. “During that time, we received flat funding or insignificant increases. In 2018-2019, the state ran the funding formula and determined that Clearview was overfunded by $1.8 million. Every year since then, the formula has been run with new state enrollment numbers; the amount we were overfunded grew to $2,461,912 for 2020-’21.”

Pennell added that as of the most recent state calculations, the district is projected to lose $2,871,017 in aid over the seven-year phase-in of the state’s cuts.

What the district can spend under the state’s adequacy guidelines also increased its fair share to $26,126,572, to be shouldered by local taxpayers rather than the state. As CRHSD has been spending below its adequacy levels, the limitations in increasing the tax levy would only account for partially recouping the difference between actual expenditure and available funding.

“These factors result in Clearview losing another $566,240, which is greater than was anticipated this time last year by $79,937,” Pennell noted. “We are spending $2,834,122 below adequacy, meaning if we had the funding, we could spend a lot more.”

“We can’t spend any more because we’re only permitted to increase our tax levy by 2 percent,” said Pennell. “As our total adequacy budget increases, our funding decreases, and we can’t raise enough taxes to fill that gap.”

Ultimately, there is a significant difference between the lost $566,240 in state aid and the $192,298 that a 2-percent tax increase would yield.

The district currently consults with legislators on how to work within the parameters set by Senate Bill 2, Chapter 67, which discusses how school districts satisfying certain criteria should be fully exempt from further state aid reduction when their spending dips below 90 percent of the adequacy budget. The board recognized the impact this will have on the district’s programs, services and overall financial future.

“We will meet that criteria next year,” Pennell ensured. “Unfortunately, the New Jersey Department of Finance’s interpretation at this time is that this exception to the law does not apply to regional school districts.”

The meeting also addressed the fluidity of graduation ceremonies that  remained uncertain at the time of the meeting. Seniors and their parents have provided their thoughts and ideas, which the district is taking into account as it deals with Gov. Phil Murphy’s remote education mandates and social distancing guidelines while still honoring graduates with a milestone experience and celebrations.

The next CRHSD BOE meeting will be May 27. All future meetings will be held virtually until further notice.