In-person concerts may be on hiatus due to COVID-19 social distancing, but Jake Heil has figured out a way to keep music alive in South Jersey.

The owner of The Music Barn in Mullica Hill has launched a  livestreaming concert series to take the place of the originally scheduled spring concerts he had planned for this season. The Music Barn hosted two free, livestreamed  shows on its Facebook page in April and has plans for two more on May 7 and May 14.

“We’re not looking to make money,” Heil said. “It’s about how we can continue to connect with the community..”

“Our first concert for the spring season would have been April 17,” Heil said. “When (the pandemic) all started, we were about a month out from our concert.”

As social distancing measures were put into effect, Heil was first forced to cancel the first half of the spring schedule. Later in April, the remainder of The Music Barn’s spring season was wiped out.

As it became clear in-person concerts were not going to happen in the near future, Heil began to brainstorm ways to provide music to the community.

“It stinks that I can’t hold shows,” Heil said about his thought process. “But there’s got to be a way to continue connecting with the community.”

Taking advantage of The Music Barn’s 900-plus Facebook followers and its website, Heil decided to launch a free, livestreaming concert series. Just like his regular concerts, the virtual concerts would feature up-and-coming artists  looking to get their music careers started. Heil noted they are also the artists who want to keep performing during the pandemic as local events and shows continue to be canceled.

“Let’s figure it out and do it,” Heil said in describing his message to the artists. “They’re in the same boat, where they can’t do any live shows.”

The Music Barn’s first livestreamed event took place on April 15 as Olivia Faith, a 17-year-old singer from Cherry Hill, performed a 50-minute show on the venue’s Facebook page. She had performed at a few events before and recently released her first single, “Up” on Spotify, Apple Music and Amazon Music. Despite Faith’s previous experiences, performing in a livestream was a completely new idea.

“My family and I ran through the concert three or four times,” said the singer,  who performed the concert in her bedroom with her parents and brother on hand. “We set everything up and recorded it as a video.”

“When I sing, I’m used to seeing people and seeing a crowd,” Faith added. “I was very very anxious and very nervous.”

Faith mostly performed songs she had practiced with her vocal coach or had performed in previous shows. She did take a couple of requests from viewers and even performed Vance Joy’s “Riptide” while playing the ukulele.

Leading up to Faith’s show, Heil advertised it using email newsletters, social media and paid advertising. He still wasn’t sure how many people would tune in.

“I told myself the day of that first concert, if we had a few hundred people watch, I’ll be happy,” Heil said.

He drew a lot more viewers than that. Over 2,000 people watched the video, more than double the number of The Music Barn’s Facebook followers.

Faith was blown away by the number of people who watched her show and said it was exciting to be the first person to kick off the series..

“It was awesome,” she added. “It gave me a reason to be singing.”

“I want people watching these shows to have a chance to relax, a chance to enjoy something from their own home,” Heil said.

“It’s an opportunity to forget about what’s going on.”

To view an updated schedule of The Music Barn’s virtual concert series or for more information, visit www.themusicbarn.org. 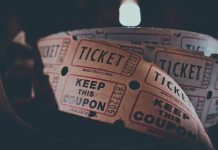 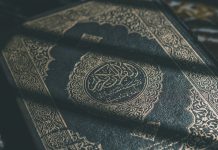