One site to open on April 29, other scheduled for May 5; Poynt Waterfront Park testing site to close May 1. 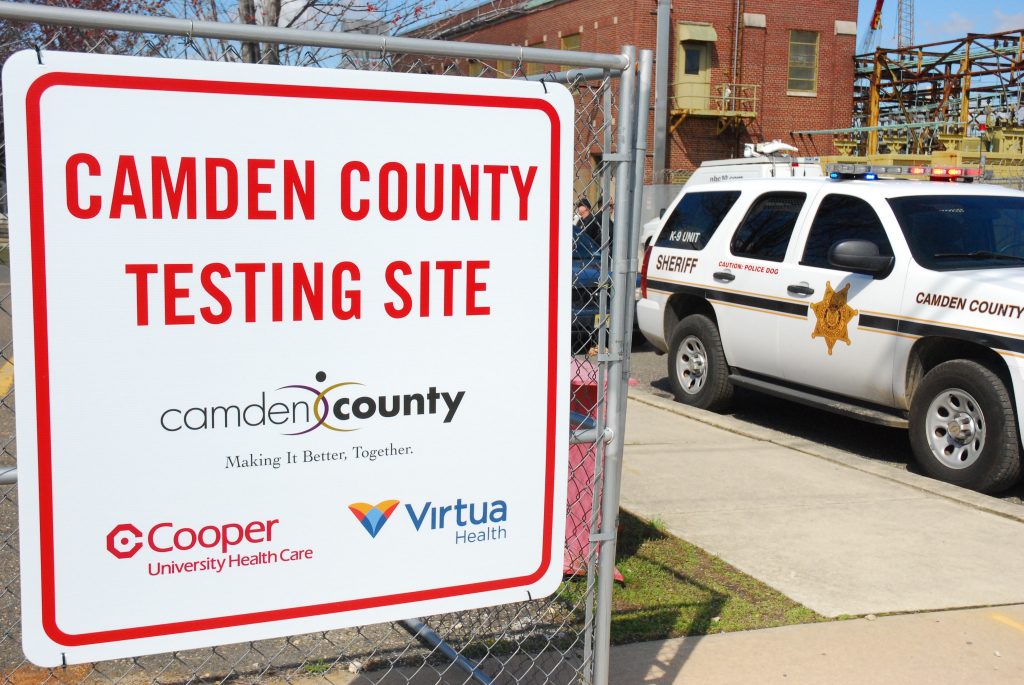 A new release issued by Camden County on Monday revealed that two new testing centers for COVID-19 will open in Camden City to increase testing capability and bring it closer to home for many Camden residents. The new sites will replace the current testing location at Cooper’s Poynt Waterfront Park, which will close May 1.

The two new sites are:

“Every day of this pandemic is a learning experience,” said Freeholder Director Louis Cappelli Jr. “We believe that adding new locations will not only expand testing capability, but also improve access for residents of Camden County. Collaboration among Virtua, Cooper, and Camden County and the sharing of resources is the best way for us to help the communities that we all serve.”

Virtua staff will operate the South Camden site adjacent to the Fairview neighborhood; Cooper employees will manage the site at Dudley Grange Park in the Stockton neighborhood of East Camden. Patients can access either site by car or on foot. Each site will test any Camden County resident by appointment who has a referral for testing from a medical provider at Virtua, Cooper, CamCare, or another provider.  To make an appointment, call (856) 968-7100 or (856) 342-2881 (Monday through Friday 8 a.m. to 5 p.m.).

“The jointly operated site at Cooper’s Poynt has been a tremendous resource and we have been able to test more than 1,600 Camden County residents at that site,” Cappelli continued.

“We recognize, however, changing the geography of the sites will allow us to serve more residents and increase our capacity. In addition, by opening two locations, we can better serve other neighborhoods in the city for individuals who don’t have access to a vehicle.”

The initial site at Cooper’s Poynt Waterfront Park will discontinue operations at 3 p.m. on May 1.

The Camden Coalition of Healthcare Providers will support the testing with a community information campaign that will promote the availability of the new sites to Camden City residents. Cooper’s Ferry Partnership also collaborated with the two healthcare institutions and the county department of health to facilitate the mobile testing sites.