As a kid coming up through Deptford Township’s school system, Megan Brown originally wanted to be an archaeologist. Before grade school was over, she switched to wanting to be a jockey.

Brown, now a high school senior, is no longer indecisive. She wants to be an aerospace engineer, with visions of a job working at NASA, perhaps building something that gets sent into space.

“I think that would be really cool,” said Brown, who is heading into the final full month of her time at Deptford Township High School as the No.1 ranked student at the school.

Brown, who could commit to Georgia Tech University in the coming week, has worked hard to be able to enjoy her last two months of high school, a time when seniors all across the country normally have proms and graduations, chances to make memories they’ll cherish for a lifetime.

COVID-19 has changed that. With graduation seven weeks away, seniors like Brown don’t know what to think. They’ve spent exactly that amount of time out of school and taking classes at home, missing time with friends and teachers, losing out on spring sports seasons and enjoying the camaraderie of senior year.

“We already missed our senior trip,” Brown said. “They rescheduled it for June, but that’s still not very likely to happen. It’s been pretty disappointing.”

On March 12, a week before the senior trip, fellow senior Shane Adamski was rooting on a friend and baseball teammate at Mr. Deptford, the school’s annual talent show, when disappointing news circled through the school: Disney World was closed indefinitely.

“That’s when we realized this was starting to get pretty serious,” Adamski said. “And then the next day, we got the call from the school saying we were shut down for the time being, and my heart dropped immediately knowing that we were going to miss part of our senior year. We knew the senior trip was going to get postponed, we knew baseball season was coming to a halt — all of that stuff.

“It’s for the best, but it sucks for it to happen now.”

What a great experience tonight! We hope that we can celebrate with you all very soon, but this will have to work for now. Thanks to the Deptford Fire, Deptford Police, Mr. Randazzo, Mr. McFarland and everyone else who helped put this night together. Stay safe!#SPARTANSTRONG pic.twitter.com/2ImheYPseM

Despite being a part for nearly two months, Deptford Township’s high schoolers and faculty have rallied together to make the most of a less-than-ideal spring.

Last Monday night, at 8:20 p.m. (20:20 in military time) on the the 20th day of April in 2020, the lights were turned on at the football stadium at the school, with the score 20-20 lit on the scoreboard. The seniors, meanwhile, showed their school spirit by decorating the front doors of their homes in Spartan colors as a way to celebrate their final few weeks together.

“We have to stick together as a class in case something like (graduation) doesn’t happen,” senior class President Angelina Schilling said of the door decorating and social media ventures, like the Instagram account honoring Deptford’s seniors. “We have to keep each other involved and together, even if it’s separate. It’s important.”

Schilling’s last couple months of high school are vastly different than the first few weeks of her senior year.

In September, Schilling, who will play Division-I soccer at Youngstown State University in Ohio, became just the second female to kick a field goal for the Spartans’ varsity football team. She juggled her duties as the football team’s kicker with playing on a high-level club soccer team and her studies in Deptford’s engineering program.

Now she can’t even find a public soccer field that’s open to prep for her upcoming collegiate season. And if school does reopen within the next few weeks, she’ll have to scramble to find something to wear to prom.

Thankfully, Schilling, like many of her classmates, has a healthy perspective on the big picture.

“If (prom) doesn’t happen, I’m saving a good $300, probably,” she said with a laugh. “I do have to say if (no prom) is the biggest worry in the world, then I’m pretty pleasant right now.”

Thank you Freeholder Jefferson for coming to @DeptfordHS and acknowledging Chinmayee Narayan, Angelina Schilling, and Megan Brown for their most recent accomplishments. We are very proud of these young ladies.@deptford_twp pic.twitter.com/h0iuYFF7bf

Like Schilling, Adamski looks forward to a Division-I athletic career: He accepted a scholarship to play baseball at Iona University in New Rochelle, New York. But Adamski, who will major in business, sees a possible scenario where he won’t even get to play a single baseball game during his senior season.

The Spartans last home game of 2020, when seniors are traditionally honored, was originally scheduled for May 23.

“With this virus, you really don’t know which way it’s going to go; you don’t know what to expect,” said Adamski, who is thankful to have a batting cage at his house to keep his baseball skills sharp.

“I know the May 15 return date is still a possibility, so I’m really hoping that can happen. We could still have a (baseball) season, still have senior trip, still have prom. So, I’m hopeful for that return date, but I’m not expecting anything.”

In the final days before they all went their separate ways, Deptford’s seniors had some memorable moments. There was Mr. Deptford and the spring musical, “The Wedding Singer,” and a couple weeks of perfect weather for the beginning of baseball, softball and lacrosse practices.

But then life changed and they had to adapt. And now they sit and wait for it to normalize, hoping for the best.

“The first week or two it was, ‘Oh cool, we get to skip school, we don’t have to go to class at 7 (a.m.) in the morning,’” Brown recalled. “But I just miss having those talks (at school), seeing my friends every day. I picked classes for senior year because they were classes I knew I would enjoy; I knew the teachers. So I miss learning in all of those classes and having talks with teachers.

“The teachers always tried to help us with life scenarios, picking out colleges,” she added. “I miss not being able to interact with everyone everyday and seeing how people are doing.” 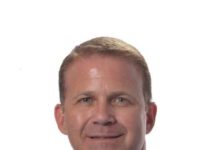 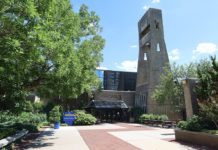