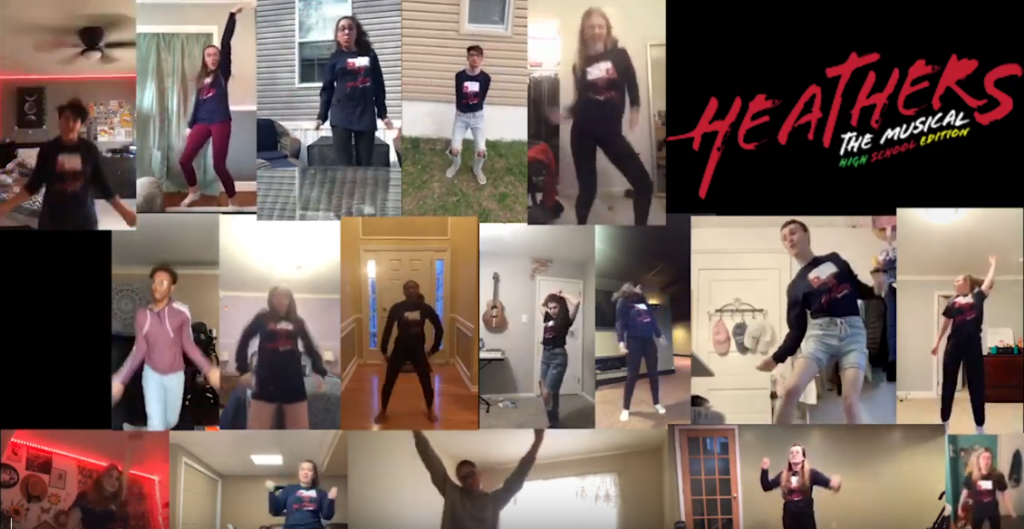 The GCIT high school musical, Heathers the Musical: High School Edition, was scheduled to hit the stage from March 18 through March 21, but there was a change in plans when the COVID-19 pandemic swept the county, state, and nation. As the doors to the school and theater closed on March 16, the stage of Heathers was left behind and it is still uncertain if the students will be able to perform.

In response to the situation, the actors of the musical wanted to send a message of hope and encouragement to the community. Pulling together a YouTube video titled “GCIT’S Big Fun from Heathers the Musical: High School Edition (Quarantine Style).” They are hopeful that they will be returning to the stage when everyone is healthy and it is safe.

Heathers the Musical: High School Edition, is a dark comedy with music and lyrics by Kevin Murphy and Laurence O’Keefe. This 1980s biting cult classic deals with issues such as bullying, teen violence and cliques. While many veer away from such sensitive topics,  teens are affected by them daily and ignoring the subject merely isolates and makes the victims feel more alone. Teacher and director Katie Knoblock looked to find an organization that would directly tie in with this topic and help to equip her students with tools to handle the subject matter of the musical. Through collaboration with Kim Glazer, director of school based youth services, they decided to bring in a speaker from Minding Your Mind to speak to the students of GCIT. The presentation was intended to educate the students respond to topics and subject matter in Heathers the Musical: High School Edition.

Knoblock didn’t stop there. In her vision of Heathers she decided to view the show as a time capsule where the lead character begins in the year 2020 and finds her mother’s diary from her senior year, in 1989. This lens allowed her to examine the similarities and differences of the high school experiences between generations. The cast and crew created surveys for both the 20th and 21st century student in order to compare the stresses and pressures felt in high school over the years. Knoblock felt it was important to plug into the issues that students today are having and to let them know there is someone out there who is listening and who has also gone through it.

The GCIT students are staying safe, continuing to rehearse on their own, and hope to return to the stage to bring this message and show to the stage.

To view the video created by the cast, visit www.youtube.com/watch?v=rB7MptWxEos&.

Museum of American History set to re-open next Thursday