Tapping into its longstanding technology resources, Medford Township Public Schools has shared results of science assessments from the prior year.

Director of Educational Programming and Planning Richard Lacovara presented the district’s fifth and eighth grade spring 2019 science state assessment results via Zoom at the board of education’s virtual meeting on April 6.

Students in fifth and eighth grades statewide were tested last spring as the state revised its science standards and revamped the test itself, taken within the New Jersey Student Learning Assessment (NJSLA).

Results were described as a baseline for the district and the state, but the baseline may shift due to the state Department of Education canceling spring assessments.

Sections of science emphasized in the fifth and eighth grade tests are earth and space science, life science and physical science. Sub-practices were measured, studying students’ abilities to investigate, make sense of and critique what they have learned.

“In grade five, over 50 percent of our students scored a level three or higher, compared to only about 29 percent across the state,” Lacovara explained.

Lacovara explained that 2019 was the first year where new standards of learning and a revamped standardized test were administered to districts and students. He added when the science portion was last administered in 2017, both the state and Medford reported higher numbers across the board.

“In 2017 and earlier, we had proficiency levels that were well above 90 percent of our students scoring at proficient and advanced proficient,” Lacovara noted. “Again, that was a very different test measuring very different standards.”

The administrator concluded results in the 2020-2021 testing season could swing in either direction and will not be made available to districts until the 2021-2022 school year.

“One year is not a trend,” Lacovara reiterated. “We will be watching very, very closely for our second year of results to see what the trend will start to become.”

Board President Michael Etter quipped that the state has this year’s break in testing to rework the science assessment, with numbers being low at the state average. A notion was aired that  the curriculum is rightfully robust, but the test needs to be reviewed.

Lacovara highly doubts the state will cease assessments, but he clarified that other assessments are in place by both the state and the district to measure how well students are learning the content and their applications of the subjects learned.

He conceded the nearly 16 different types of assessments (in-school tests, report cards, NJSLA, parent-teacher conferences, school work, etc.) provide a whole picture of how well a child is learning and allow for the district to have a better understanding when the curriculum is reevaluated.

“Teacher observation and feedback over 180 days’ worth of teaching, learning and interaction is every bit if not more important than what takes place over a particular set of hours in a week,” Lacovara insisted. “I’ll take the teachers’ observations and feedback about a child over a standardized test anyways.”

Results of the district’s results on the NJSLA Science assessment can be found by visiting NJ.gov/Education. The Medford Township Board of Education will hold its next meeting April 27, beginning at 7:30 p.m., via Zoom conference. 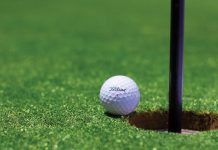 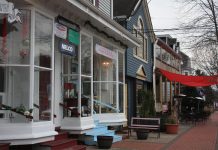 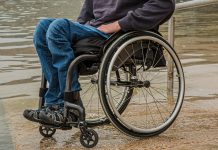 ‘The world doesn’t end on the edge of the pavement’