If Greg Brodzinski could fit it into his busy schedule this summer — busy as long as the coronavirus epidemic eases up at some point, of course — he would almost surely have the coolest job to boast about at the Bishop Eustace Prep Class of 2010 10th-year reunion.

Brodzinski, one of the top catchers in the state and an Under Armour All-American as a senior with the Crusaders 10 years ago, doesn’t play baseball anymore. But he does get to wear a big-league uniform to work.

Three months ago, Brodzinski was promoted to first-year manager Joe Girardi’s coaching staff with the Philadelphia Phillies. Brodzinski, whose parents still live in Washington Township, is the Phillies catching coach.

A former 18th-round draft pick by the Phillies in 2015, Brodzinski made the transition from player to coach in the last three seasons, and a once gruelling career decision has paid off in reaching the major leagues with his boyhood team.

“Getting drafted by the Phillies was probably the greatest day of my life, being around my family, growing up 15 minutes from the stadium and loving the Phillies my whole life,” Brodzinski said of his charmed baseball life. “My room was (covered) wall to wall with Phillies memorabilia and news clippings. The fact is, there are 30 teams in the major leagues and it can be any team; you never know if you’ll get drafted, so it was a crazy experience. The fact that it was the Phillies, it was just amazing.

“And then going through my career and ultimately going into coaching, your goal is still to be in the big leagues,” he continued. “Everybody definitely wants to get to that level. Getting that phone call from (general manager) Matt (Klentak) and being able to sit down in an interview, and with our new manager Joe Girardi, it was just an unbelievable experience … I’m just happy they’re both with the Phillies. That’s the main thing. It’s unbelievable how it all worked out.”

Congratulations to former Eustace catcher Greg Brodzinski for being selected by the Phillies with their 18th pick. pic.twitter.com/np01l18Zfx

If you think Brodzinski was over the moon to find both professional playing and coaching careers with the Phillies, imagine how his parents must feel. It was almost as if their family’s path to joining the Phillies family was, well, destiny.

“I promise my parents aren’t crazy,” Greg Brodzinski said with a laugh from his home in Clearwater, Fla. “It’s funny how everything worked out. It just shows how much they love it. As a family, it’s been a really awesome experience.”

The Brodzinski family’s love affair with the Phillies was supposed to reach its peak last week, on Thursday, April 2, the scheduled date of the Phillies 2020 home opener. But like the rest of the sports world, the game was postponed indefinitely due to the coronavirus pandemic.

Brodzinski couldn’t help but let his mind wander on that afternoon, wondering what might have been, wearing red pinstripes and watching his mom and dad (and at least a dozen family and friends) in the Citizens Bank Park stands.

“That was one of the things my parents had been talking about for a long time, how they announce the team and the staff, and then there’s the little walk down onto the field during opening ceremonies,” he said. “We had talked about that for a while, how awesome that would be. So when (the day) came it was obviously a sad day, but there’s nothing we can do about it. It’s cool to have a great family that’s super supportive. So we talked about it. But knowing that that will happen eventually is very exciting. Whenever that is, this year or next year, it’ll happen.”

Until that day, Brodzinski manages to stay busy with baseball. While the majority of Phillies players and coaches have dispersed across the country to their off-season homes, Brodzinski’s permanent home is in Clearwater, also the site of the Phillies’ spring training complex.

“We have a few (injured players on) rehab that are allowed, per the rules, to continue their rehab process over at the complex,” Brodzinski said. “That’s all that’s allowed over there. So I get to be the coach that’s there to throw or play catch. A guy needs to hit, I can throw to him in the cage. It’s a very skeleton operation.

“I feel super fortunate that I’m still able to do that … So there’s some semblance of normalcy,” he added. “I think I would go a little crazy if I had to stay at home all day and I know a lot of people are dealing with that right now.”

“The weather has been absolutely beautiful down here,” he said. “I live right on the bay, so I can sit on the dock and watch boats go by. I’m very fortunate because I know how bad it is out there for some people.” 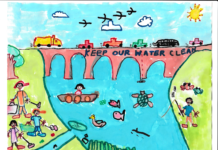