Moorestown Robotics gears up for competition 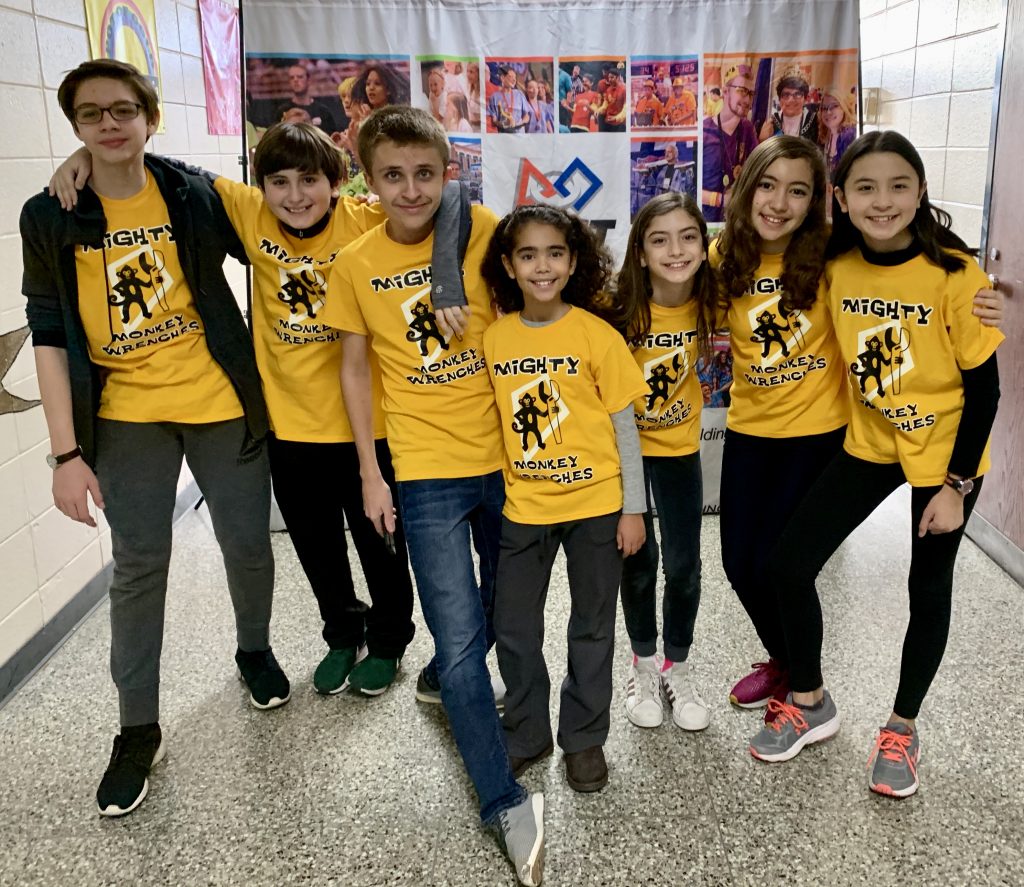 Moorestown showed its stuff at the Southern New Jersey Regional FIRST LEGO League Championship this past February 29. Twenty-four of the best teams from all over the Southern half of New Jersey convened at Rowan University in Glassboro. Of those 24 teams, eight of them were from Moorestown. Seven teams from the Moorestown Robotics Club and one from the William Allen Middle School.

The WAMS team, called the Quakerbots, is headed by Kim Martin, seventh grade science teacher at WAMS. The Quakerbots had a very successful year taking the award for Gracious Professionalism at the regional championship.

Moorestown Robotics is an all-volunteer driven group serving anywhere from 150 to 200 children every year. This year they had 10 FIRST LEGO League (FLL) teams, with kids aged 10 to 14, and 22 FIRST LEGO League Junior (FLL Jr.) teams for kids aged six to nine. The club is run by a core group of volunteer parents headed by Bjorn DeBear. Please visit the club’s Facebook page or their website for further information (www.moorestownrobotics.com)

Also attending and repeating as Southern New Jersey Champions were The Mighty Monkey Wrenches. The Mighty Monkey Wrenches took home the overall Champion Award and will be attending the FIRST LEGO League World Championship in Detroit April 29 to May 3. There they will compete with 108 of the best teams from all around the world and the United States and vie for the title of World Champion.

They also received the nomination for the Global Innovative Award which goes to a team for an innovative solution to a problem facing the world today. Their solution is to convert carbon dioxide into a useful fuel through the science of artificial photosynthesis with panels designed by them to be used on all types of buildings. This contest will be held June 7 to June 9 in Orlando, Fla. The MMW will be one of the many teams from around the world hoping to land one of the twenty spots for this contest.

The Mighty Monkey Wrenches could not have done as well as they did without the support of Moorestown Robotics and the entire Moorestown Community. We wish them well for their competition at the FIRST LEGO League World Championships in Detroit and hope they also will attend the Global Innovative Awards in Orlando.