Gloucester County Tech girls bowling never had a season like 2019-2020.

The Cheetahs turned heads every time they entered the bowling alley this past season. GCIT won the Olympic Conference Holiday Bowl, the New Jersey Tech School tournament and  the Tri-County Conference Royal Division, and capped off its season with the first trip to the NJSIAA Team State Championships in school history.

Leading the way for GCIT was sophomore Megan Prettyman, a talented bowler who burst onto the scene as a freshman when she became only the third female bowler in school history to qualify for the individual state tournament. In 2020, Prettyman took another step forward, finishing second individually at the South Jersey sectional, shooting one of the 10 best series at the team state championships and then placing in the top 25 at the individual state tournament. Prettyman added one more accomplishment to GCIT’s historic season last week: She’s South Jersey Sports Weekly selection for Girls Bowler of the Year.

“It was really exciting because none of it has happened before for the school,” Prettyman said about her and the team’s season. “This is obviously the best year we’ve ever had and it’s just exciting for all of us to be a part of it.”

Expectations were high for Prettyman after an outstanding freshman season where she emerged as the Cheetahs’ best bowler and qualified for the individual state tournament. But head coach John Holland noticed early in the year that Prettyman had improved in a number of areas.

“I think more consistent bowling is what the (big) step this year was,” Holland said. “That’s making the spares she needs to make, adjusting for the strike ball, she did a better job this year with it.”

Prettyman’s consistency shined in the season’s final three tournaments. GCIT needed its entire lineup to bowl at a high level at the South Jersey sectionals as the Cheetahs were competing in a stacked South Jersey Group 3. Prettyman was solid all day, shooting one of the tournament’s best games with a 237 in her second round and bookending that with a pair of 193 games. Her 623 series was tied for the second-highest score out of 167 bowlers in the tournament and helped GCIT earn a wild card spot into the NJSIAA Team Championships.

“I was adjusting really well to the lanes that day,” Prettyman said. “I was consistently making my spares, I didn’t miss many that day. I was just focusing on what I needed to do.”

At the team championships, Prettyman again led GCIT with a 614 series, the sixth highest series of all bowlers participating in the tournament. GCIT finished in fourth place out of 10 teams in Group 3.

Two days after the team tournament, Prettyman competed in the NJSIAA Individual Championships for the second straight year. Hungry to improve upon a disappointing 52nd place finish in 2019, Prettyman came out strong with scores of 226 and 181 in her first two games. However, a disappointing 159 third game proved costly, as Prettyman missed making it to the tournament’s second round by 15 pins. Despite that, her 566 series was a huge improvement over the 444 she shot in the same tournament one year prior.

“Last year, I was able to go and get the experience as an individual,” Prettyman said. “But to be able to go back with two of my teammates this year, it helped our nerves together and it made the experience more fun.”

What’s even more exciting is there may be more trophies, accomplishments and firsts in GCIT’s future. With the team returning all but one bowler from its 2020 lineup next year, Prettyman already looks forward to taking GCIT another step forward in her junior season.

“I think next year is going to be a really good year,” she said. “We all have plans to work (hard) in the offseason.” 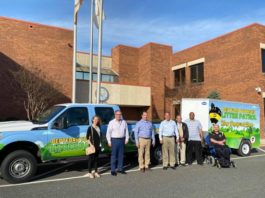 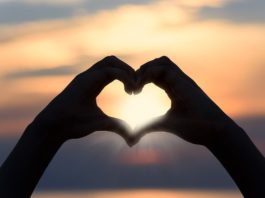