An anonymous tip to the state led to a proposed penalty against Shamong’s emergency medical assistance provider that members dissented to in an email.

A complaint was leveled against the Shamong EMS (operated within the Indian Mills Volunteer Fire Company) alleging it was responding to 9-1-1 calls with an “unlicensed vehicle” not in keeping with regulations and statutes from the state Department of Health’s Office of Emergency Medical Services (OEMS).

The allegation was detailed in a Feb. 19 notice mailed to Fire and EMS Chief Dave Taylor, who is aided by deputy chief Joe Everman. Details within the notice were made public on Feb. 27.

Public Health Infrastructure, Laboratories & Emergency Preparedness Assistant Commissioner Christopher Neuwirth proposed in the notice a penalty of $108,000 against the company for allegedly responding to 90 EMS calls in 72 days with the unlicensed vehicle. Shamong has two ambulances licensed to the OEMS.

OEMS rules can be found by visiting its website — State.NJ.Gov/Health/EMS — and clicking the regulation and enforcement tab. The code is on the right side of the website as Mobility Assistance Vehicle and Basic Life Support Ambulance Service.

An email to The Sun sent by Everman and EMS President Charlie Burgin notes that Shamong’s EMS and fire services have been operating since 1992 with volunteers who “give their time and efforts for the benefit of the public and the community.”

EMS billed the cost of calls to patient insurance providers starting in 2017, for services that were otherwise free. Billing was seen as a way to fund continued operations and to pay for fire and rescue services.

“Since not all of the volunteers are EMTs, it was not possible to ensure that an ambulance would always have two (2) EMTs when responding to any individual 9-1-1 call,” the email said.

The company continued operating an unlicensed vehicle “as was customary in the past,” it added. But a verbal agreement was made with the OEMS to only bill insurance companies when using the licensed ambulance.

In another email to The Sun, Dawn Thomas, a spokeswoman for the department of health,  denied the existence of the agreement, stating in part, “(The) Department of Health regulations do not allow for the operation of an unlicensed vehicle by a licensed agency.”

Burgin and Everman’s email stated no complaints were made about the company’s patient care or quality of service to Shamong or the municipalities it provided with mutual aid.

“If DOH suspends or revokes Shamong’s license, the agency would no longer has (sic) a license to operate or ability to bill for services,” Thomas noted.

Shamong EMS is fulfilling a request for a hearing to the state Office of Administrative Law, as was presented in Neuwirth’s notice, and will continue operations by “legally running calls with a licensed ambulance when able to operate in compliance.”

This is a developing story. 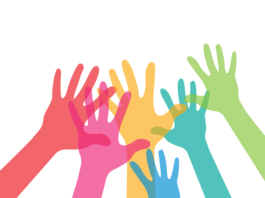 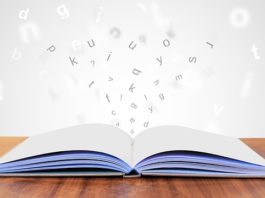