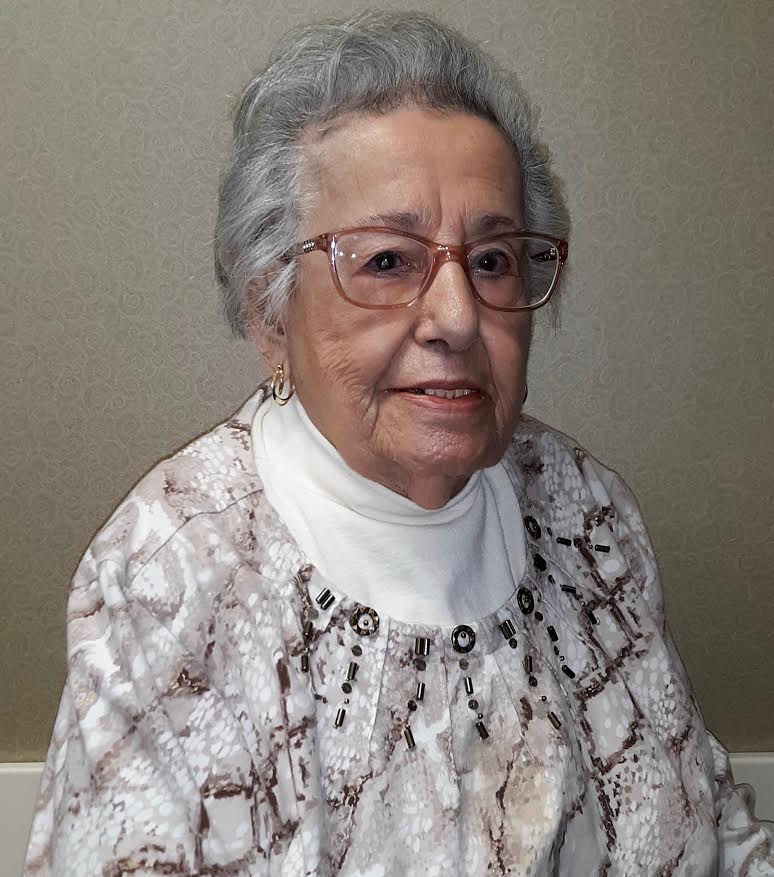 The longtime Cardinal Village resident is a leap year baby born on Feb. 29, 1920, to Italian immigrants James and Carolina Di Grazio in Port Norris, N.J. Although she notes, “my birth certificate reads Feb. 28.”

In addition to her unique birthday, Angie is also the longest residing resident at Cardinal Village, having lived at the senior living community in Sewell for over 20 years, where she’s most known for her acts of service.

“She has volunteered in the Village Store for many years; she basically ran the store,” said Keirston Shoemaker-Jefferson, director of activities at Cardinal Village. “She’s also a bingo fanatic and has helped call the game four nights a week for years.”

Angie cherishes the beautifully framed acknowledgment from former President George W. Bush for all of her volunteer work.

Growing up in South Philadelphia, Angie attended St. Thomas Aquinas Catholic School and John W. Hallahan Catholic Girls’ High School. Then she began working at Outside Industries as a hand seamstress, a trade she learned from her mother, who taught her to sew at an early age.

“When my mother taught me to sew, I was so small. I had to use an open silver thimble because the regular thimbles were too big,” she recalled.

During World War II, she worked as a seamstress at the Quartermaster Depot in Philadelphia seven days a week stitching military uniforms. She would return in 1961 when the need once again rose due to the Vietnam War.

Angie proudly noted, “That first year I received an award for Quality and Quantity along with a $100 US bond, and later I would receive three more awards.”

While working at the Quartermasters, she became quick friends with a co-worker named Rose. The two were close, more like sisters. In fact, Rose’s brother-in-law George would become Angie’s husband.

She married George, who had been drafted into the Navy, a year after the war ended in 1946. The Crognales lived in the Packer Park section in South Philadelphia and had one son, George Jr. The two cherished 43 years of marriage until his passing. She is most proud of being a mother and grandmother. She has one grandson named Vincent.

Over the years, Angie has enjoyed visits to the Jersey Shore and strolling the boardwalk, and her hobbies included dancing, going on picnics or to the movies, cooking, and baking.
So, what’s her secret to living a long life? “I don’t have one,” she said with a smile. “I never expected to live this long, but I am grateful for having such a supportive family.”

When asked for words of wisdom, she concluded with, “Try to be nice to each other!”
Cardinal Village is a unique, award-winning Independent and Assisted Living community located at 455 Hurffville-Cross Keys Road, Sewell, N.J. Independent and Assisted Living services are offered at an affordable month-to-month lease with no buy-in fees. Assisted Living services include 24-hour licensed nursing care, meals, housekeeping, social events, and transportation. For more information, please call Karen Dixon, marketing director, at 856-582-5292 or visit www.cardinalvillage.com.