In response to the growing epidemic of opioid use and abuse which often arises from the nature and complexity of recovery from a variety of injuries, a local orthopedic surgeon has found himself at the forefront in advancements regarding pre-and-post-operative pain management.

Dr. Sean McMillan has been based out of Lourdes Care at Virtua in Cherry Hill since its opening in 2011. In his practice, he works to use non-opioid options to minimize, or even completely eliminate, the need for potentially-addictive pills after surgery.

Though born-and-raised in Central Jersey, and having spent time honing his craft on Long Island and during a stint as team physician with the Boston Red Sox Triple-A affiliate, he decided to return and set down roots in an area flush with opportunity.

“Whether we want to admit it or not, everyone’s been touched by someone who’s been affected by opioids. We finally started looking at the data: In 2017, we (the State of New Jersey) had the highest number of drug overdoses ever. That’s when a lot of physicians started saying ‘we have to regulate ourselves,’” said McMillan during an interview with the Sun from Regenerative Health & Wellness Center in Voorhees on Feb. 18.

“We looked at ways to minimize (pain), and at the same time we have a duty to not have our patients hurt after surgery.”

McMillan has built his reputation through sports medicine, working on shoulders and knees of older patients, while also taking care of young athletes at a half-dozen regional high schools.

“We’ve gotten a lot smarter in how we diagnose and rehab things. I see so many 40-to-50-year-olds who didn’t know they tore their ACL (anterior cruciate ligament) when they were younger. Now (with younger athletes) we see things on the field, we get the trainers to get them into the office right away for diagnostic imaging, and then come up with a treatment plan, surgical and non-surgical. We’re cutting down on the problems as they get older,” he explained.

The main problem facing both doctor and patient following any procedure, is pain — its magnitude and how that severity affects things like range of motion and patient confidence. Enter the new philosophy.

“It’s called opioid-sparing surgery, and it’s not where we’re not giving any opioids at all. We’re minimizing the need for them,” McMillan stated.

He described a “multi-modal approach to pain management” for those who wish to have reduced narcotic intervention, which includes pre-operative treatment with Iovera — a non-opioid nerve block.

“It’s a procedure we do in the office. You’re awake, you’re comfortable, it takes 15-20 minutes. We’re able to numb nerves around the knee, ones which routinely get inflamed post-surgery. We get an accelerated rehab and the demand for narcotics is very low because you’re not in as much pain,” McMillan revealed.

“We use some lidocaine to numb the skin. And then we use a small, hand-held device with tiny prongs, which pierce the skin in a minimally-invasive way and it numbs the course of the nerve. Patients tolerate it well.”

On the day of a procedure, Exparel is utilized. The drug is administered two different ways: a block on nerves surrounding the site using ultrasound technology prior to surgery, which eliminates pain for 36-to-72 hours, or by a localized injection during surgery into soft tissues around the area in need of repair.

“It’s been formulated in a way that it slowly leaches out into the body. It’s going to last two to three days, it’s going to minimize the pain after surgery and get you up and moving quicker. If you can get past the initial two to three days, the need for opioids goes down because the patients are able to use ice and anti-inflammatory meds to stay in front (of any issues),” said McMillan.

With only three years of empirical evidence in pocket, the results have been promising.

“It definitely helps the recovery process. If you can wake up and get out of bed earlier, it changes the entire outlook of the patient; they feel confident, they’re moving confidently. They’re not drowsy, not constipated. They’re not miserable,” McMillan reasoned.

The doctor stressed that patients, parents and patient advocates should be aware they have the right to seek out an opioid-sparing option for any surgery.

“It’s not a taboo. It’s very important to have that discussion with your doctor, and if your doctor’s not familiar, you do know you can have other avenues available to you.”

For more information about McMillan, his experience and expertise, visit: www.drseanmcmillan.com/. 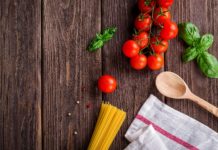 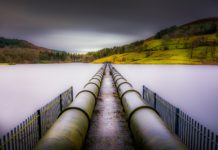