The Washington Township Fire District will hold an election this month for a nearly $10-million bond to replace an outdated firehouse, make improvements to its other locations and appoint two fire commissioners.

The Feb. 15 election will be held at Whitman Square, Grenloch and Hurffville fire companies. Residents with an average assessed home of $200,000 can expect an annual increase of $32 in taxes if the bond passes.

“It’s not a want, it’s a need,” said Washington Township Fire Commissioner Frank Stella about the replacement of the Whitman Square Fire Station. “We have to replace the Johnson Road firehouse. It’s at the point where the fire district either replaces the station or we have to make some hard decisions to shut it down.”

The trucks now in use can barely fit in the firehouse, according to Stella, who added that the crew there can’t even open the fire truck door without hitting a wall.

The department wants to replace the Johnson Road firehouse with a new, updated state-of-the-art firehouse. The current firehouse has been in existence since 1962, during the development of Whitman Square. It is staffed by a crew of both volunteers and full-time firefighters of both sexes.

Decades ago, fire equipment was smaller, and essentially designed for fighting fires of two-story construction, according to the department. That has changed, requiring larger quarters.

The total cost of the new building is close to $4 million. However, the demolition of the current building, construction of the new one and the installment of a temporary firehouse — among  other requirements — is expected to cost upward of $8 million.

The rest of the bond will go toward repairs for the whole department, including changes to bunk rooms, major updates to HVAC systems and exterior repairs.

Today’s station services larger areas, requiring larger equipment and even the ladder truck doesn’t fit in the station since the doors are too low, said the department. That station is a vital station in Washington Township simply because of where it’s located, with access to Route 42, Fries Mill Road and the expressway. The station’s location allows for crew to quickly get to any place in the town, according to the district.

Fire and emergency incidents expose fire personnel to contaminants that are environmentally dangerous. After exposure, personnel need to shower or decontaminate, according to the department.

The gear rooms and the fire trucks need to be ventilated due to toxins from fires. The current station does not have the ability to house the ventilation equipment, and to make room for that will cost nearly as much as a new station, said the department.

Accommodations for the full-time staff lack adequate sleeping and eating areas, personal showers and lockers. Career staff, who are of both genders, can’t sleep at the station because it only has one bathroom and one shower.

“It’s not a suitable place for a fire station anymore,” Stella said.

Two fire commissioners also are up for reelection. Stella and David Vicente, both incumbents, are running uncontested. 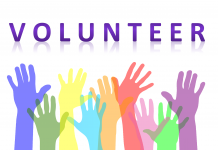 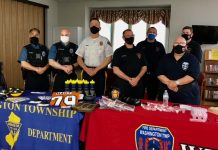