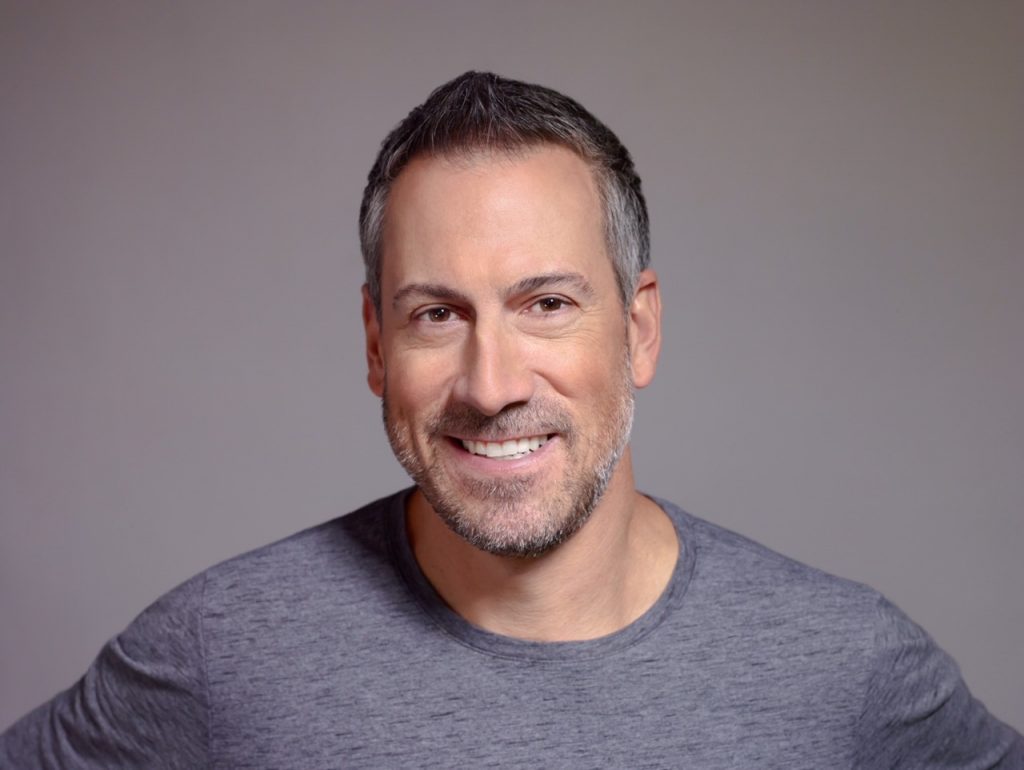 Joe Matarese still has a box full of VHS tapes somewhere featuring comics who inspired him growing up.

His childhood home in Cherry Hill was the type of place where, if Rodney Dangerfield was on “The Tonight Show,” his brother called him to “get in here” and watch.

So, although Matarese considers 19 the age he officially began his relationship with comedy, you could say the courtship started quite a bit earlier. It’s been a more than 30-year love affair with comedy.

Looking back, Matarese said he’s eternally grateful he found comedy. He admits he wasn’t a very good student and he struggled in school. It was only later in life that he found out he had ADHD (Attention Deficit Hyperactivity Disorder).

So after graduating Cherry Hill High School East in 1985, he found himself headed to open mic nights just across the bridge. He performed five-minute sets at The Comedy Works and the Comedy Factory Outlet. Ninety-nine percent of his set might have been a swing and a miss, but if Matarese got just one laugh, he felt like he accomplished something.

“I couldn’t wait to get down there,” said Matarese, who will appear in Collingswood this month. “One laugh, and I was like, ‘I’m going to be the next Eddie Murphy.’”

He didn’t think he had a lot of other career options, and for the first time, he felt like he was good at something. He never looked back.

Matarese made his way around the comedy circuit. In 1996, he was picked for an MTV show called “Shut Up and Laugh,” starring the likes of Margaret Cho and Andy Dick. He said back then, television was a smaller landscape, so MTV would sometimes air the show’s episodes three times a day.

Matarese found himself getting recognized on the street.

His big break came, however, in 2014 when his manager approached him about auditioning for “America’s Got Talent,” where he nabbed a scheduled audition. After a few hours of preliminary auditions, Matarese left and waited to hear if he’d made it through.

Three months later on the show, he was standing in front of Heidi Klum, Howard Stern, Melanie Brown and Howie Mandel. By the end of the set, the four judges and the 2,000 other people in the room were also standing when his set earned him a thunderous round of applause and a spot in the competition’s next round.

The 13-hour-long days at “America’s Got Talent” proved boring to Matarese, as most of them were spent sitting around waiting to be called. Behind the scenes, producers seemed eager for dramatic storylines and coaxed him to play up his fear of not making it to the next round.

When Matarese’s second round of the competition aired, he felt the producers edited his set to make it look as if he’d done worse in the room than he had. He didn’t make it to the next round.

“Those kinds of shows are capable of lifting you way up, and then shooting you back down,” the comic said.

Despite the way things ended, the show has been the gift that keeps on giving in many ways. Matarese said so much of comedy and show business is about what you have on tape. In the digital age, YouTube is that tape, and his first five-minute audition on “America’s Got Talent” amounted to a lot of bookings in the years that followed.

Matarese has appeared on “Chelsea Lately,” “The Late Late Show with Craig Ferguson,” “The Late Show with David Letterman” and his own half-hour “Comedy Central Presents” special. He’s also landed his fair share of corporate bookings from companies eager to have a comedian liven up their meetings.

The comic also has his own podcast, “Life With Joe.” He thinks the podcast format is an intimate form of connection with fans. The conversational aspect lends itself to being yourself, and so, over time, the fans start to feel they know you.

And Matarese is not opposed to getting to know them back. He has a second phone number he regularly gives out to fans and encourages them to text him. He calls himself  just a regular dad and husband, so he often becomes friends with his fans because they share similar interests.

Matarese also teaches comedy, which, in his eyes, comes down to authenticity. He said in his early years, he fell into the trap of trying to imitate the comedy greats, and it took years for him to realize that being your organic self is what connects with people.

“So much of it is about finding who the real you is and just being that,” Matarese noted.

Authenticity plays a large part in Matarese’s current tour, “Remember When.” He had been suffering from a vicious case of writer’s block when he started thinking about how some comedians craft an hour of material with a central through line or theme.

He decided on two themes: “be yourself” and “remember when.” Suddenly, the jokes  started flowing. By the time he was done writing, the hardest part was deciding what jokes to cut.

The first part of his show delves into how Matarese learned to be himself. Growing up, he was a playful sort of child, and he loved to imitate Tom Jones. But his grandmother would chastise him and tell him to quit his silly antics.

His grandmother was very loving but also quite hard on him at times. Matarese said while dysfunction can push your creativity in some ways, it also can make you confused about how to be yourself, something he struggled with for years.

The “remember when” part of the show features jokes about events that happened when he was younger and toys that were around when he was growing up. He said that portion of the show is quite South Jersey specific.

Matarese makes his way back to South Jersey when the “Remember When” tour comes to Scottish Rite Auditorium in Collingswood on Feb. 14.

The comedian currently lives in New Rochelle, New York, with his wife Stephanie, his son Luke and his daughter Willa, but his family still lives in Cherry Hill. Matarese has returned to the Philadelphia area for major gigs that included opening for both Sebastian Maniscalco and Bill Burr at the Wells Fargo Center.

“That was mind-blowing to get to do that in your local area,” he recalled.

Matarese’s hope is to build up a following in his hometown and the surrounding area. While his shows take him around the world, the comic said there’s something particularly special about becoming well known in your hometown (and getting to go home to your own bed at the end of the night).