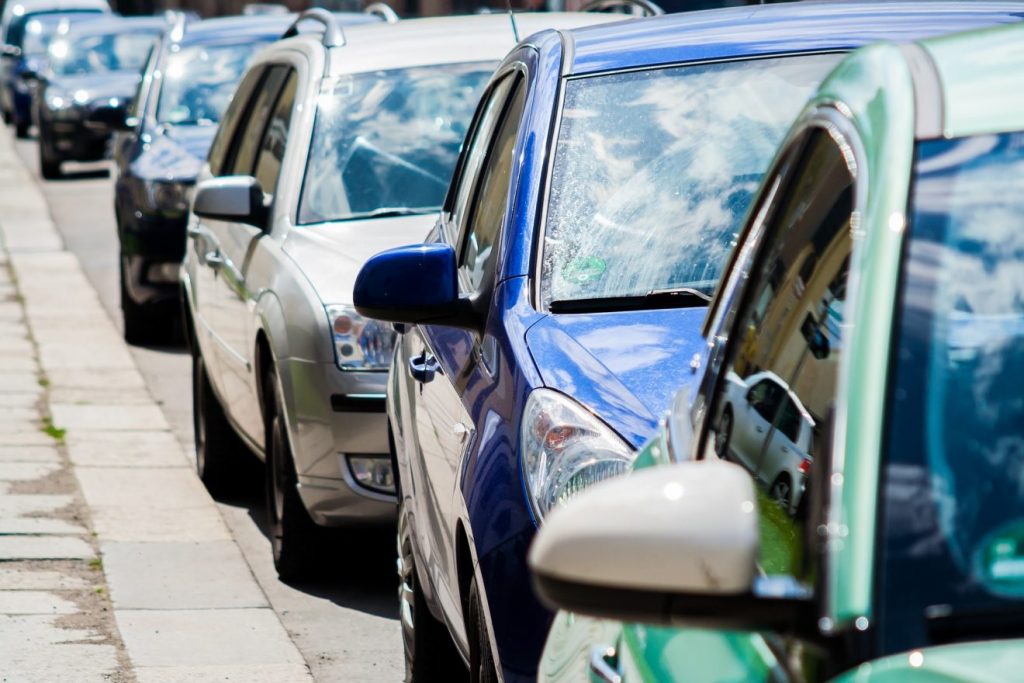 For more than a year, residents whose homes are within walking distance of Moorestown High School have waited to discuss their parking woes with township council.

Skoumbourdis said at former township manager Thomas Neff’s suggestion, she and her neighbors held off approaching council with the problem until after the school bond referendum vote. The referendum included a MAC parking lot extension that would have enabled more students to park on campus.

Skoumbourdis said she was speaking up on behalf of the residents on Deer Rest Road, Hayfield Court and Windsock Way who are inundated with underclassmen parking on their streets. She said on the day of the meeting, her street — Deer Rest Road — had 40 students parked along it.

“We are requesting limited parking on these three streets to seek relief from the high school parkers that use our street as a parking lot,”  Skoumbourdis explained.

She said the parking congestion has left no room for services, and some of her neighbors have issues entering and exiting the street. Skoumbourdis added the problem is exacerbated by the fact that Deer Rest is a narrower street than those surrounding it.

In addition to the street congestion, some neighbors have students cutting through their yards. Skoumbourdis said two of the residents’ nearby homes have students constantly walking on their property on their way to school.

She asked council to investigate both short- and long-term solutions to the problem. But Skoumbourdis noted that while parking restrictions may give the affected residents some relief, she feared the problem would move to other nearby streets and create the same issues for more Moorestown residents.

Councilman Michael Locatell suggested parking restrictions during the morning hours. He said if the township puts up signs that limit parking from 8 a.m. to 11 a.m., for example, students wouldn’t be able to leave and move their cars during the day.

Mayor Nicole Gillespie said that prior to his departure, Neff was in conversation with Superintendent Scott McCartney regarding the parking congestion. Their understanding is that underclassmen parking has posed a problem to neighbors for years. Police Chief Lee Lieber has voiced concerns that if parking restrictions are imposed on one street, it will just drive students a block over.

Gillespie recommended Skoumbourdis also raise her concerns with the Moorestown Board of Education. Once the board is made aware of the issue, she added, council can try to connect with its members about potential solutions.

“We hear you; we recognize this is a problem,” the mayor acknowledged. “We will continue to work on it.

“We’re not going to ignore it.”

The next meeting of Moorestown Township Council will take place on Monday, Feb. 10, at 7:30 p.m. in town hall.