One DNA test, and Davon Loeb uncovered who he is both ethnically and as a person.

In his younger years, the mixed race Medford resident found it difficult to figure out which race or ethnicity he should identify with.

Loeb remembers stumbling on the question during a standardized test. He internalized his thoughts on which race he should ascribe to, a journey he detailed in his memoir “The In-Betweens.”

“I put myself in those situations as a defense mechanism,” Loeb recalled. “I said that if I act based on what my classmates see on TV, they’ll think I’m cool. It wasn’t until later in high school where I felt like I wasn’t being me or who I was.”

A DNA test revealed that Loeb’s mom is African American and his dad is Russian and Ashkenazi Jewish. Growing up in Shamong and knowing that ancestry, Loeb said people  innocently inquired about his background and he was delighted to explain it.

In his book, Loeb recounted a time where he felt uncomfortable with himself and felt as if he were in a spotlight when conversations about racism and discrimination came up in the classroom.

“I felt like reading ‘To Kill a Mockingbird’ and hearing the N-word, it was uncomfortable — as it should for anyone,” he exclaimed. “But not having as many faces to look at and say ‘Hey, do you feel what I feel?’

Loeb’s wife, Jennie Sherlock-Loeb, and his daughter, Georgie, don’t appear in “The In-Betweens” because the book ends just before he became a husband and a dad.

The exploration of his history taught Loeb that the two ethnic groups he’s a part of faced intense discrimination and oppression in the past; he has expanded the exploration to his role as an educator.

Loeb teaches writing and English at Rowan College of Burlington County-Mount Laurel and Shawnee High School, respectively. During his lessons, the educator said topics and documents include discussions on race.

Loeb, however, flips the script on his students and places an emphasis on universality and learning how each student, regardless of racial makeup, relates to the work. Some of the themes in the literature he teaches involve age-old discrimination issues, topics his students are taught to apply to the present.

Walking through the halls of Shawnee, Loeb’s personal mission to learn who each student is, as opposed to how they might appear to others. That mission is completed each day as he finds students who have the same affinity for a genre of music or leisure activities, among other examples.

“I try to get to know my students and the student population without all of those filters,” he explained. “It made me a more empathetic person.”

His love of education and learning was birthed during two years of studying at RCBC’s former Burlington County College, when he was unsure where to go following high school.

“Senior year, I took one class at RCBC per semester,” he shared in a RCBC Behind the Baron press release about alumni. “It gave me so much confidence and made me feel like I could do this.

“I had a really rewarding experience at RCBC and wouldn’t be where I am without it.”

Reflecting on his life growing up, Loeb said he wishes he could tell himself he is more than his identity or a category on a standardized test. The Baron alumnus hopes through reciting his story, his past and his family’s history, he can help other people see themselves in his book.

“They’re going to connect us better than what separates us.”

Changes in the media’s minority representations have progressed, Loeb said, offering as an example the the portrayal of interracial marriages and multiracial children.

“I have a daughter who’s multiracial and I think about how that’s going to affect her experience and I say that we as people have more than one identity,” he stressed. “You’re not just black, you’re not just white. You’re an artist, a writer or a teacher.

“That’s just as important as our ethnic makeup.”

Loeb’s book is available at RCBC’s bookstore in Mount Laurel or on the publisher’s website at EverytimePress.com. To learn more about Loeb, visit DavonLoeb.com. 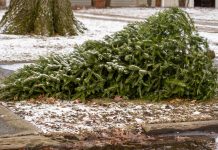 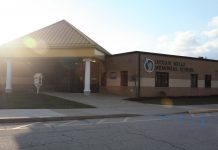