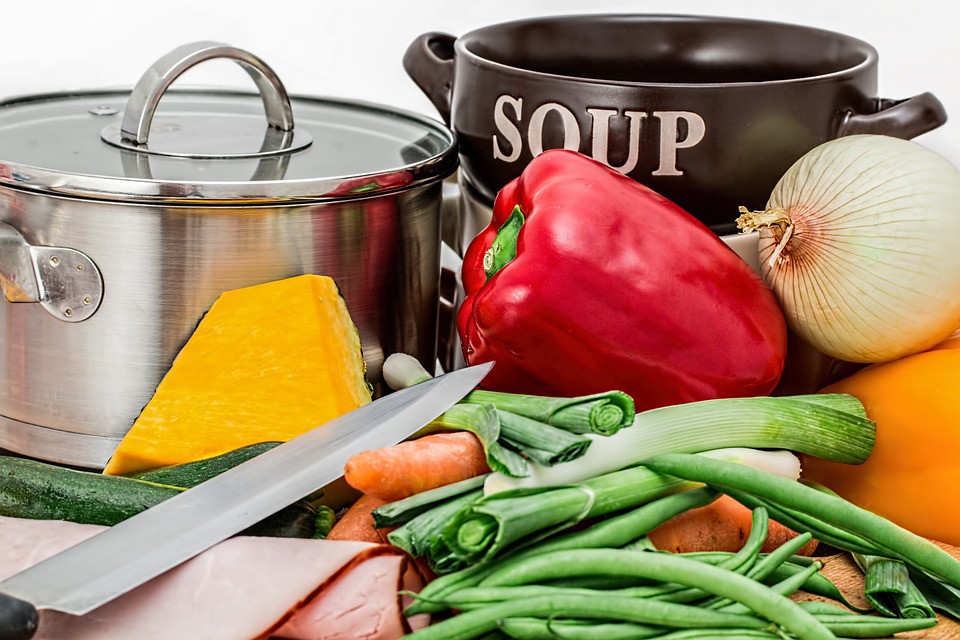 For two decades, Moorestown High School’s Interact Club has held its Soup for the Soul event, with all proceeds benefiting Philabundance, a nonprofit dedicated to ending hunger in the Delaware Valley.

In that 20-year time span, the club has raised about $25,000 for the organization. On Saturday, Feb. 8, the Interact Club will be at it again as they try to surpass last year’s $2,000 total. Attendees can indulge in an all-you-can-eat soup buffet with bread and soups donated from local restaurants.

Timothy Hurley, faculty advisor of Soup for the Soul, was not around for the event’s inception, but he’s since learned of the early conversations centered around supporting a local charity. Philabundance was subsequently chosen as the beneficiary.

Olivia Edwards, community fundraising coordinator at Philabundance, said the organization is grateful to the high school for supporting its work for so long. She noted MHS understands that money goes farther than food donations.

Because Philabundance purchases food in bulk, every dollar raised enables them to provide two meals to a family in need. MHS’ yearly donations have funded the purchase of fresh produce, meat and other items the agency gets requests for beyond the donations they receive.

Each year, Philabundance sends a representative to the Soup for the Soul event. Edwards said the nonprofit appreciates the opportunity to educate people about food insecurity.

“Some people are there for the first time and may not know what Philabundance is or may not know the difference they’re making with their donation,” Edwards noted. “We thank people and give them an idea what their impact is.”

Hurley said it’s the relationship with Philabundance that has given the event such longevity. He said local restaurants are usually more than willing to donate when they hear the funds go to Philabundance, and by the same token, Moorestown residents like the idea of giving back to local food banks.

MHS senior Sam Winkler, one of the event’s student organizers, said he thinks the Interact Club has captured something special with Soup for the Soul. He pointed to a simplicity about the event that gives it wide appeal.

“It’s the perfect platform for a charity event,” Winkler explained. “It casts a wide net, attracts people of all ages and it’s very family-friendly.”

Soup for the Soul will take place from 11 a.m. to 2 p.m. at First Presbyterian Church. Tickets are $10 for adults and $7 for seniors and children. There is also a $10 takeout option available, which offers attendees their choice of soup and two pieces of bread.