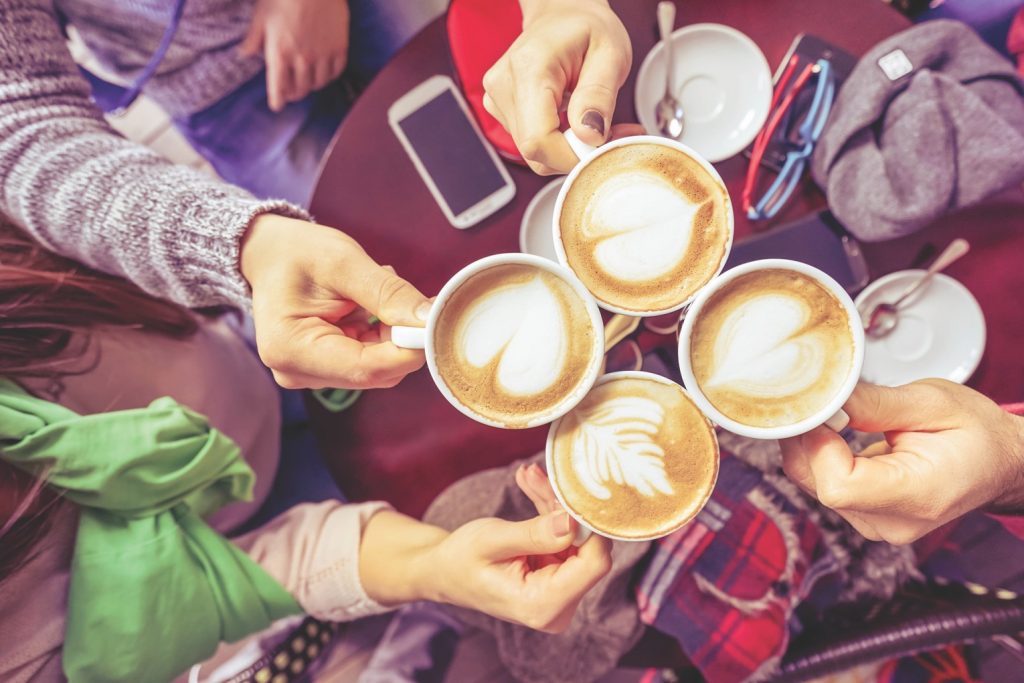 Brooke Campbell says for some students, school can be a lot like work: You show up, and sometimes you’re lucky enough to click with the people surrounding you. But sometimes, you don’t, and your social life starts when you get home from the office.

“My opinion is, you go to high school and, if you’re lucky, out of that building your address is assigned to you. You meet a few people that you hit it off with,” Campbell said.

“If you’re not lucky, it’s not a true reflection of society.”

Thrive Teens is a group that helps create a space for friendships  among teenagers who may be struggling to make friends at public school. Targeted at the 13- to 18-year-old demographic, the group links teenagers in Burlington County through an array of local activities.

Thrive was born back in October when Campbell, a Mount Holly resident, took to Facebook to see if there were other parents out there whose children were facing similar difficulties making friends. Campbell’s daughter, a freshman at Rancocas Valley High School, has high-functioning autism and has battled liver disease that has left her hospitalized for long stretches of time. The result was that when she made her return to school, she didn’t know many of her fellow students.

Feeling heartbroken that her daughter was struggling to connect, Campbell went on Facebook and posted in a few local groups to see if there were other parents whose children were feeling anxious and who might want their kids to meet. She awoke to nearly 130 messages in her inbox from parents in Lumberton, Mount Holly and Moorestown.

The idea for Thrive Teens came to her as she sorted through those responses. Her goal was to create a group where teenagers could create their own social circles beyond the geographic boundary of their school districts. The group is up to about 85 members,  most of whom hail from Moorestown High School or Rancocas Valley Regional High School.

Campbell has organized a series of meet-ups that include bowling, escape rooms and bonfires. The activities aren’t supervised, and parents typically slip away to give the group its space. To date, there have been no fewer than 28 teenagers at any given event.

Campbell noted that while some teenagers may be embarrassed or reluctant to come to their first meeting, almost all have come back after their first time. That’s because they all have one thing in common: They know what it’s like to be the person others have overlooked or not gotten to know.

The group is targeted at kids who aren’t “popular,” but you wouldn’t know it, Campbell explained. The teens are normal students who have been excluded for any number of reasons, from shyness to a desire not to get involved in school gossip.

Campbell posts in local South Jersey Facebook groups prior to each meet-up. From there, parents typically reach out, and she’ll add them to the private Thrive Teens page.

The group has no religious affiliations, and while a few members have autism, it isn’t an autism specific group either. There’s no fee to join, and Campbell’s goal is to eventually turn Thrive Teens into a nonprofit organization, so she’ll have an easier time fundraising.

Another of her goals for the group is for teens to find meaningful connections, so when social events do arise at school or elsewhere, they have a friend to bring as a source of support. On a larger scale, Campbell’s hope is that teens will resist turning to drugs or other negative influences to find acceptance.

“My biggest concern for the kids is that they just find that place they can feel like this it —  they can thrive there,” she emphasized.

Numerous parents have privately reached out to Campbell since she started Thrive to share their stories. While some are, at times, heartbreaking, Cambell noted there has also been a sense of relief for parents who have found a connection through their shared experiences.

“I felt better when I found that that I wasn’t alone, but then I felt sad to know there were that many kids out there feeling like [my daughter] does,” she said.

“That only strengthened my resolve to say, we can make this happen.”

To learn more, search Thrive Teens on Facebook. The group is for parents and is private to join. All requests are vetted by Campbell to ensure discretion for both the teens and their parents.

Moorestown residents will see no tax hike in 2020