The Williamstown Technobots will next compete in the Southern NJ District Championship at Rowan University on Feb. 28. 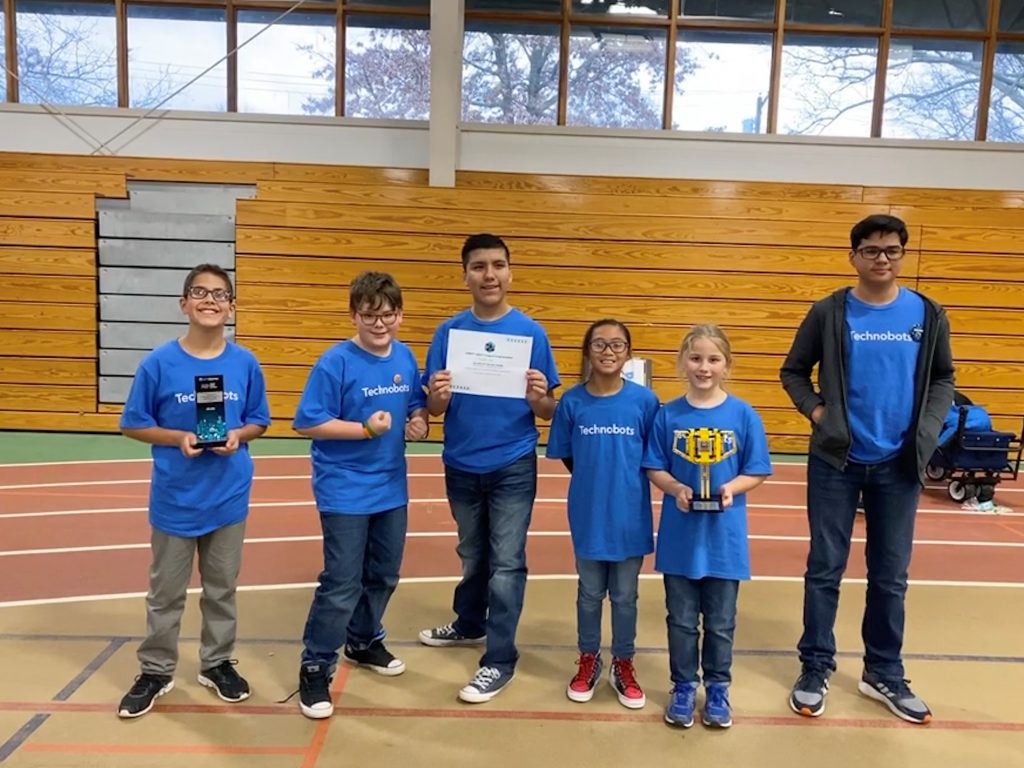 Special to the Sun

We all know about Lego bricks (especially if you have stepped on them), but did you know that Lego also makes an intelligent “brick”, called an EV3, that can power an entire robot made of just Lego bricks? There are even competitions held all over the world as part of the FIRST organization. The FIRST Lego League (FLL) has more than 38,000 teams from 100 countries that compete in its annual competitions. FLL has three main parts to every competition: the Robot Game, where a Lego robot must maneuver around a game board scoring points by completing different missions; the Project, where team members work together to design and create an innovative solution to a problem in the real world; and FLL Core Values, where teams learn the true spirit of teamwork, competition and gracious professionalism.

Williamstown has its own Lego robotics team, The Technobots, who competed on Saturday, Jan. 4, at the Robot Rumble FLL Qualifier at Salem Community College. The Technobots placed first in the robot performance category, where their robot scored a total of 400 points. The team also won the award for best robot design and were nominated for the Global Innovation Award, a unique program by FIRST that encourages and assists teams to develop solutions to real-world problems that demonstrate originality and have the potential to add significant value to the world.

The Williamstown Technobots will now compete in the Southern NJ District Championship at Rowan University on Feb. 28 where the top team from the district will advance to the FLL World Championship in Detroit on May 2. The Technobots are a part of SJ Robotics, a nonprofit organization that promotes STEM and robotics throughout Cumberland, Gloucester and Salem Counties. The Technobots meet regularly at the reading room in downtown Williamstown, the original Monroe Township library that is managed by the Monroe Township Historical Society.

Timothy Zitkevitz is a sixth grade student at Williamstown Middle School and a member of the Technobots.

Fall festival and parade draw a large – and creative – crowd