Belling, who was sworn in on Jan. 6, begins her first term as the youngest Councilmember and the only woman on the board. 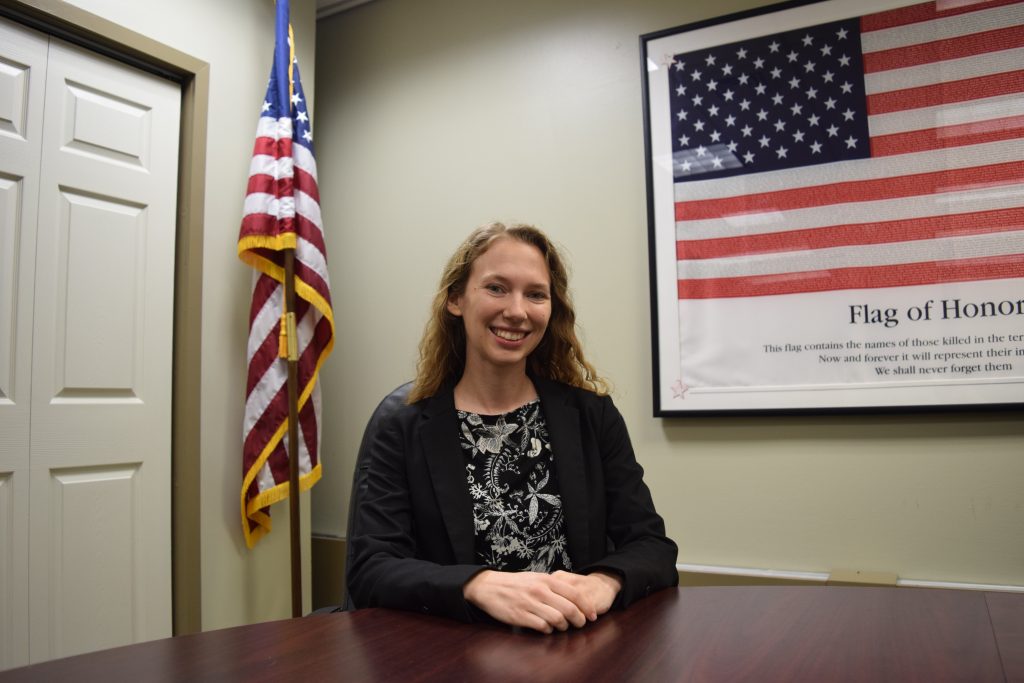 At the end of the work day, as MacKenzie Belling goes from her full-time job at the Gloucester County Freeholders office to her new desk at Deptford’s municipal building, the first-time councilwoman — the only woman on the board — drives through a town that looks much different to her than it did last year.

The experience of running for a seat for the first team was eye-opening for Belling. During her time knocking on doors and introducing herself to residents at town functions, she got to know a part of the town that she wouldn’t have otherwise encountered.

“It was cool to get to talk to so many residents in town that I probably wouldn’t have met just randomly,” she said. “It really reminded me what a great community this is and how friendly all our neighbors here in town are.”

Belling’s new position isn’t just changing the way she thinks about the town, but the way council thinks about its own members. The council as a whole, including Mayor Paul Medany, have expressed their excitement at the perspective a young woman adds to the board.

“You are a breath of fresh air to this board and we look forward to your youthful input to the modern-day issues that face our communities all over the state,” said Councilman Wayne Love during a Jan. 6 reorganization meeting.

The council also has acknowledged the wealth of government experience she has for someone so young. While Belling was in graduate school, she looked for ways to give back to the community outside of her job. She became a member of both Deptford’s planning board and the recreation advisory committee before deciding to run for council.

Belling currently works for the Gloucester County Freeholders as a confidential aide, a role she summed up as “behind-the-scenes work” focusing on the implementation of county-level programs such as social services and housing authority.

“It’s been a good learning experience about how different programs work and are run,” she noted.

Belling went to Rutgers University-Camden for both her undergrad degree in political science and her graduate degree in public administration, with a concentration in public management. She said her studies allowed her a strong understanding of the government process.

Belling’s interest in government service was sparked by her lifelong goal of a career that involves giving back to others. Even though she never had a strong interest in politics, Belling was interested in ways to make a community better, through non-profits or community organizations.

But what really sealed the deal for Belling was her internship at the 5th Legislative District, comprised of parts of Gloucester and Camden counties, including Deptford. She ended up liking it so much, she extended her internship into a full-time job.

“I had expected to go on and do other internships and try other things and get a feel for what I liked, but I just knew right away,” Belling explained. “It ended up being a great fit.”