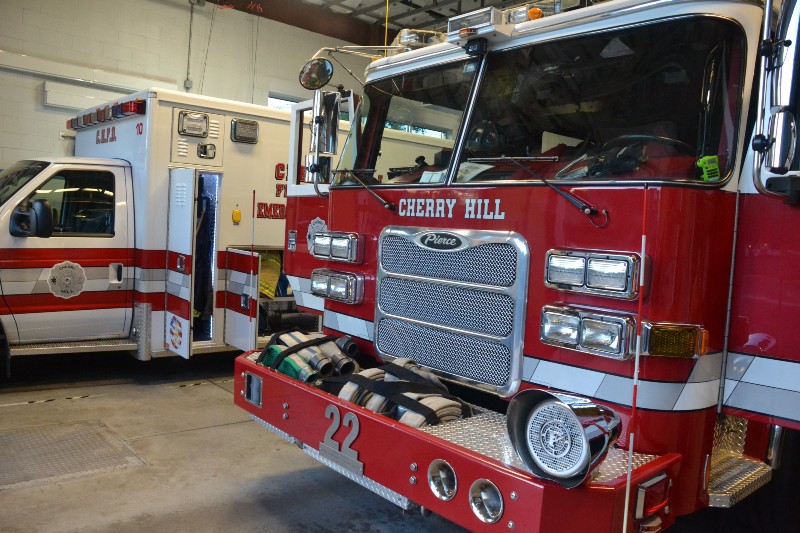 Riding on the tails of the successful mayoral run of Chuck Cahn – whose eight-year tenure was celebrated chiefly for not raising municipal taxes – Fire Chief Chris Callan announced that the Cherry Hill Fire District No. 13’s budget for 2020 is also expected to feature no tax increase for the second straight year.

This year’s budget was approved at the Board of Fire Commissioners’ first meeting of the calendar year, on Jan. 9, Callan stated. It includes total appropriations in the amount of $27,443,604, a decrease of just over $713,000 from last year’s budget.

“We made some slight operational changes which allowed us to do that. But other than that, the budget relatively remains the same. We operate out of six fire houses, with four fire engines, two ladder trucks and up to five ambulances,” Callan said.

Of the more than $4 million in anticipated revenue, the most significant portion is expected to arrive via $2.5 million in EMS billing. Callan said the department fielded almost 12,000 EMS calls last year – an increase of about 500 from 2018 – and it has seen a steady rise in such calls since 2014.

“The town population, its continued increase, and the density of our township. A big part of our society is getting older. ‘Baby Boomers’ are aging, and that does increase our EMS call volume,” Callan revealed when asked which factors he could attribute to the rise.

Also included with anticipated revenue is an “underspent” amount of more than $850K from the 2019 budget which will be rolled into 2020.

One project which Callan cited as allowing for taxes to remain static this year was the refitting of a pair of trucks to serve dual purposes.

“The rescue truck was up to be replaced, and it came up to an estimate of $1 million to replace it and we just couldn’t do that. We’ve taken all the equipment off the rescue truck, we identified redundant equipment, got rid of it, and then put it onto the ladder truck.”

In that way, Callan said, the department saved the taxpayers almost $1 million by identifying an efficient way to deliver what’s known as “technical rescue.”

“It’s us (Cherry Hill), Camden City and Winslow Township. Whenever there’s a technical rescue, like a trench collapse, or if a plumber is redoing a sewer line and the plumber gets caught in it because the walls cave in, these companies on those trucks are called in to get that guy out.”

In December 2018, the Board of Fire Commissioners approved a resolution to move fire district elections from the third Saturday in February to the General Election on the first Tuesday in November. The legislation was passed following then-Gov. Chris Christie signing a state law to that effect in 2017.

Due to the election’s nine-month shift, township residents would not vote on the fire district’s budget for the following year unless it would include a local property tax levy of more than 2 percent.

In addition, the Board of Fire Commissioners election was also shifted to November’s general election date for the first time, with each term scheduled to begin on the first Tuesday in December. Incumbent and Commission Chairperson Kellie Montana was re-elected, while former Township Council Vice President Sara Lipsett won an at-large seat.

Callan said the approved fire budget has been approved by the state. When the budget certification document is received, it will be posted on the department’s website at www.cherryhill-nj.com/175/Fire-Department.