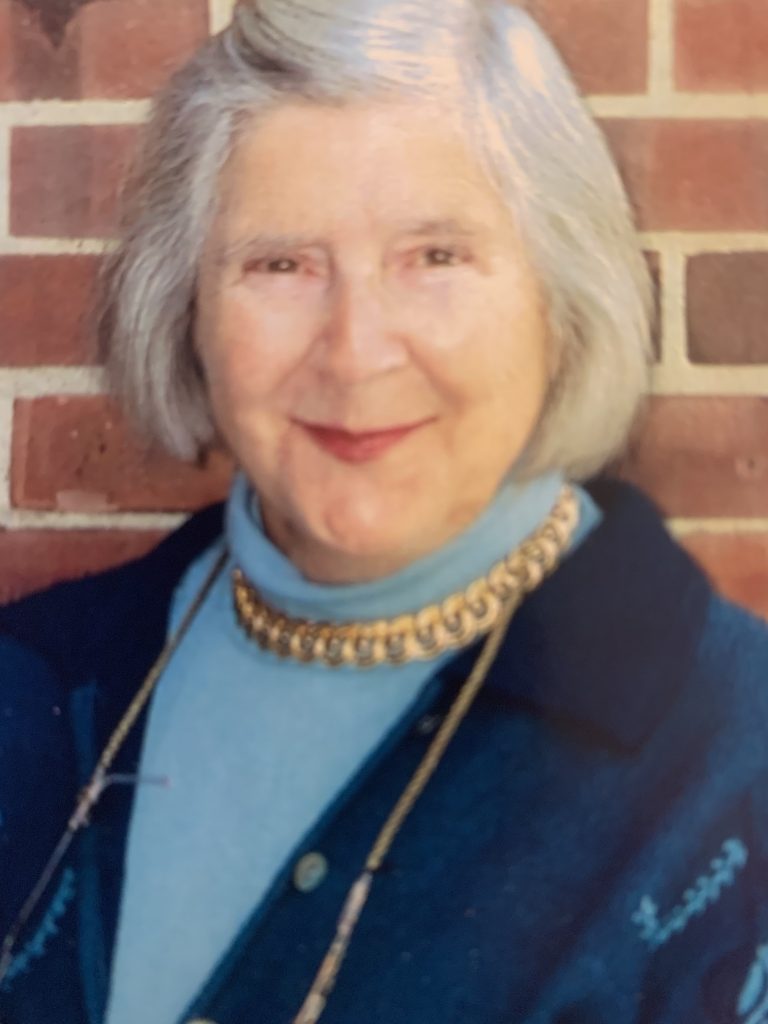 Mildred M. Leggoe of Marlton died peacefully the evening of Dec. 20 after a stroke suffered earlier in the week. She was 93-years-old and a resident of Moorestown from 1951 through 2006, before moving to Wiley Retirement Community.

Mildred was born in Ringtown, Pa., to Elsie B. and Mahlon S. Patterson. She was the precious granddaughter of Jesiah and Daisy (Hinderliter) Laudeman and a devoted member of St. Paul’s United Church of Christ prior to moving to Philadelphia at age 15 to join her mother, stepfather William Fenselau and new baby brother Billy.

While her sweetheart, Jim, was serving in the Pacific on a navy minesweep during WWII, “Pat” was active with the USO and was employed first at Sears on The Boulevard and then with the rapidly growing home builder Alfred P. Orleans.

In Philadelphia, she attended Olney High School and was a member of Boulevard Presbyterian Church. Pat and Jim were married on September 20, 1947 and moved to an apartment while building their first home on Mantua Grove Road in Mantua.

In 1951, Pat and her young family moved to Moorestown where they joined The First Methodist Church, then located on Main Street. Over the years she was an extremely active member of FUMC and served on many committees, including decades of rummage sales and women’s circle. She spearheaded the development of the many gardens around the new church buildings, and, in 2004, she was the founder of The FUMC Memorial Garden.

In their early years in Moorestown, she and Jim were co-owners of The Camera Corner on Main Street, and she tinted hundreds of black and white portraits and wedding photographs that Jim took. She and Jim were founding members of Sunnybrook Swim Club.

Throughout her life, she embraced every opportunity to study, work and play with friends and family including: several bridge clubs, the Moorestown Garden Club, Girl Scouts and Boy Scouts, family camping trips, and night school to study ancient civilizations. When some of Jim’s male friends emphasized that everyone should have a “specialty,” she thought that hers could be to teach herself (with the help of the Wall Street Journal) to become her own financial planner. She helped Jim organize and host group trips to many destinations including China, Japan, Australia, Scandinavia and European countries. Her final foreign trip was to Conakry, Guinea, West Africa in 2004.

A celebration of Pat’s life will be held Saturday, Feb. 8 at 11 a.m. at the First United Methodist Church of Moorestown located at 446 East Camden Avenue. In lieu of flowers, memorial contributions may be made to FUMC, Moorestown, NJ. 08057. Condolences may be left at www.lewisfuneralhomemoorestown.com.