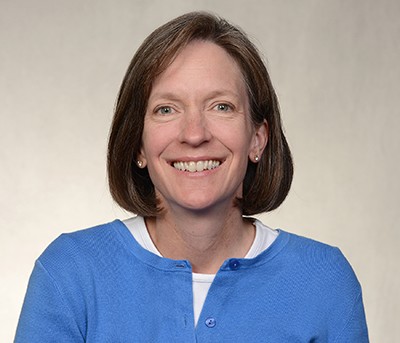 Serpico originally hails from Alabama, but she made her way around the country before settling in New Jersey. As an undergraduate at Notre Dame University, she studied English, and she went on to work in publishing for a period of her life.

She spoke with a friend who was working as a librarian at Lafayette College. When her friend described the work she was doing, Serpico began thinking it might be the right fit for her, too, and another way to channel her urge to make an impact.

“It was sort of becoming clear to me that libraries were one of the last places where people could go to improve their own situation learning new skills or finding books on a topic,” Serpico said.

Shortly thereafter, she went back to school at the University of Maryland and worked as a graduate assistant while earning her degree in library sciences.

In 2004, she followed her boyfriend (now husband) to New Jersey, and she currently lives in Chesterfield. Since coming to the Garden State, she’s worked as an instruction and outreach librarian at Rider University and spent 11 years with the Mount Laurel Library. Serpico is currently the coordinator for adult services with the Burlington County Library System.

She said she particularly enjoyed her time at the Mount Laurel Library, and so when she found out about the director opening in Moorestown, she was eager to return to another independent, public library.

At the Mount Laurel Library, the size of the library afforded her the opportunity to chat with residents and find out how she could tailor programming to meet their needs. As the recession hit, they held bankruptcy and foreclosure programming. When the market picked back up, they offered resources on job hunting and how to get promoted. She said the library’s role is to find out what concerns residents have and to offer resources and programs that help them.

Serpico said in speaking with the Moorestown Library’s Board of Trustees, she’s learned that circulation is up, people regularly attend the Mooretown library’s programming and residents are generally pretty happy with the state of the library.

So, when she starts her new role mid-December, she has plans to talk to local businesses, the schools and other community members about what they can do to take the Moorestown Library to the next level. She said Moorestown staff members have been friendly and responsive, and she’s eager to hear their thoughts as well.

“I’m looking forward to having those conversations and bringing some new programs and new ideas,” Serpico said.