A new name joined the pantheon of Cherokee girls cross country in 2019.

This season, senior Kate Rathman joined them with a breakout season. Rathman put up personal-best performances in race after race, capping off her season with a 13th place performance at the Meet of Champions with a time of 19:02. Prior to the Meet of Champions, Rathman finished in the top-10 of every race she competed in and won three consecutive meets in October. Rathman’s huge season has earned her another title, South Jersey Sports Weekly’s Girls Cross Country Runner of the Year.

“Every 5K she ran, at whatever course, was her lifetime best at the course except for the Olympic Conference meet, but they altered the course from last year,” head coach Mark Jarvis said of Rathman’s season. “When I looked at what she was doing meet-wise, it was like, wow.”

Rathman’s senior season was by far the best of her career, a big statement considering her first three seasons weren’t too shabby either. Rathman qualified for the Meet of Champions each of the last two seasons, won the Olympic Conference Championships back-to-back in 2017 and 2018 and also placed in the top-three for her grade at the Cherokee Challenge every year of high school.

However, Rathman was never able to finish her season on a high note. She struggled with wearing out toward the end of the season and also dealt with side-stitch pain in her abdomen.

“No one knew why it was happening,” Rathman said of the side-stitch pain. “It would just happen randomly at different times. It would feel like a knife was going through me, so it was really hard to keep up with my training.”

“Luckily, the problem went away on its own, so I think that’s a reason I was able to stay more consistent and keep going strong this season,” Rathman added.

As a team, Cherokee girls cross country changed up its schedule for the early part of the season to keep the team’s top runners fresh. Rathman and many of her teammates didn’t run a 5K race until the Shore Coaches Invitational at Holmdel on Oct. 5. In the race, Rathman ran a time of 19:20, more than a minute faster than her time at the previous year’s Meet of Champions on the same course.

“I was very surprised,” she said. “I was really happy to see that I broke my Holmdel PR time. It gave me a look at how the rest of the season would play out.”

The rest of October was a dream for Rathman. She went on to win the South Jersey Track Coaches Association Open at Delsea, the Burlington County Open at Mill Creek Park and the Olympic Conference Championships at DREAM Park in consecutive weeks, running times of less than 19 minutes in each event.

“If you look at our all-time lists, it’s either Megan (Lacy), her or Lisa Burkholder,” Jarvis said.  “Even when she ran the time she ran at the county open, that was the second-fastest time ran at Mill Creek in history, out of anybody, and Megan’s the only one in front of her.”

At the South Jersey Group 4 meet, Rathman finished in second place behind Egg Harbor Township’s Olivia Shafer, but ran her fastest time in any race of her career at 18:13. Her time helped Cherokee to a second place finish, the team’s best finish at sectionals since finishing in second in 2011. Rathman identified the team’s second place finish ahead of her individual accomplishments as her favorite memory of the season.

Big congrats to Kate Rathman of Cherokee on her 13th place finish at the NJ Meet of Champions this weekend in a new Holmdel PR of 19:02! Amazing last XC race for one of South Jersey’s best over the past few years! Great job, Kate!! 📸 @njmilesplit, Tom Smith pic.twitter.com/XZHC14WkYK

Rathman’s season ended with a bang as she placed in the top-10 at the Group 4 Championships to qualify for the Meet of Champions, where her 13th place finish was the highest for any Cherokee runner since Lacy finished seventh in 2011.

Rathman couldn’t have imagined becoming one of Cherokee’s greatest female cross country runners when she first stepped into the school in 2016. Reflecting back on her outstanding season, she could only thank the many people who helped her throughout her career.

“After middle school, I knew coming in I was decent,” she said. “But after all my coaches helped me through, all of the training, the support, that’s one of the main reasons I’ve turned out the way I am today.” 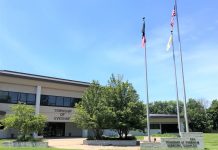 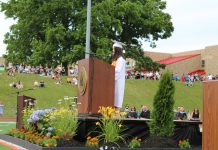 Tuning out the distractions while learning from home 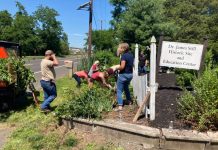