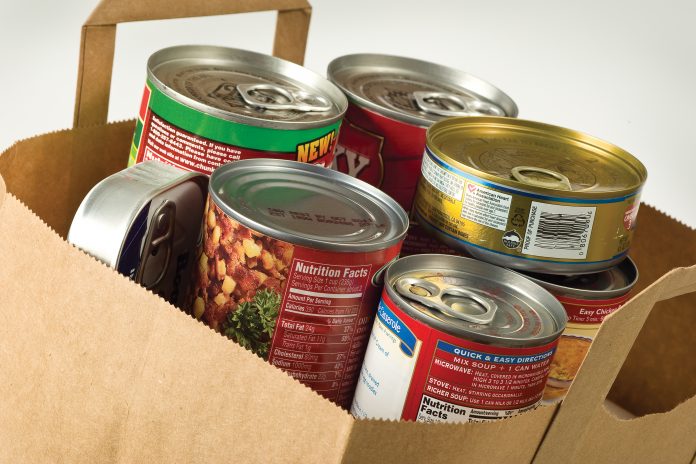 While the season of giving is here, the Moorestown school district wants to teach its students that giving back is important year-round.

The district’s Food For All initiative encourages students at every grade level to bring in canned goods or a non-perishable item the first Friday of every month.

The collections go back into the Moorestown community via three local pantries — the Moorestown Ministerium/St. Matthew’s Lutheran Church, First Baptist Church of Moorestown and Bethel AME Church — that receive the monthly donations.

Michele Rowe, principal at George C. Baker Elementary School, said Food for All started in the spring of 2013 following the death of 7-year-old Sean Fischel from a rare autoimmune disease. Fischel was a Baker student, and after he died, some of the district’s teachers wanted to honor his memory by giving back to local children and families. The teachers approached Rowe with the idea to collect food donations in Fischel’s honor, and with that, Food For All was born.

While the program started just at Baker, it wasn’t long before the other schools in the district followed suit. Baker teachers reached out to the other schools, and in time, they decided as a district to benefit the three Moorestown pantries. So, on the first Friday of every month, students head into school with canned goods and non-perishable items to donate.

Food For ASll has continued to evolve in its sixth year and practically runs itself, according to Rowe. Local nonprofits Live Civilly, MooreKids and Sean Fischel Connect have also joined the program and provide support with donation collection and food transport to the pantries.

“It’s nice to see something that continues to thrive each month,” Rowe said.

Laurie Fordham, a kindergarten teacher at Mary E. Roberts Elementary School, said while every school in the district is a culture unto itself, the Food For All program is something that unites them. The program teaches students early on that there are people in need of support in their community, she added, and while not all of her kindergarten students fully understand the program at the start of the year, by the end they do.

“It’s never too early for children to learn to give back to their community,” Fordham said.

At Mary E. Roberts and South Valley elementary schools, third-grade students also travel to the pantries to help stack food and learn more about the pantries’ mission. Anne Sweet, a volunteer with the Home and School Association through South Valley, said she was aware of the Food For All program through monthly flyers sent home, but when she accompanied her third-grade daughter’s class to the pantry, she saw first hand that the visit really struck a chord with students.

Sweet said the issue of food security can be challenging, especially for a young audience. But the pantry volunteers patiently answered the children’s questions and helped them understand the concept.

“I appreciate that we’re having these conversations early and making young folks and their families aware of the needs of the community and providing ways to help them,” Sweet noted.

Hurren said organizers work to keep the program in students’ consciousness month to month by posting reminders on social media and making in-classroom announcements. Some teachers even offer incentives to homeroom students to get the entire class engaged.

Kachru said while Food For All doesn’t keep count of donations, the goal is always to collect more items each month than the month before. He said MHS students have always had a positive outlook on the program and have proven more than willing to give back.

Panjarla said the program involves a low level of commitment from each student, but combined, they make a big impact.

“[One can is] not much,” he added, “but it’s doing a lot for another person who’s receiving it.”

MTC returns to Main Street with array of summer programming