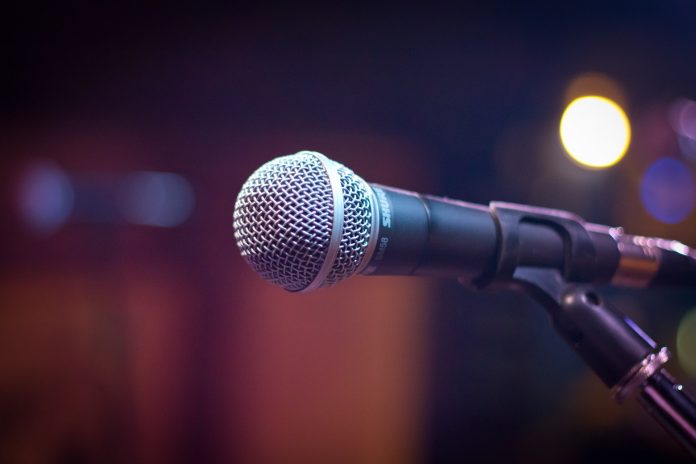 Once a year, there’s something special that happens at the First United Methodist Church as strangers come from across the tri-state area to the church’s sanctuary. Without rehearsal, on any given year, nearly 400 people join voices and sing together, filling the room with the sounds of joy and an electric sense of camaraderie.

This year marks the 38th annual Community-Sing of Handel’s “Messiah”event at FUMC, which will take place on Sunday, Dec. 8 from 5 to 8 p.m. Unlike other Christmas-themed events, there are no rehearsals, no featured choirs and no featured soloists. Instead, every attendee is given the opportunity to join in.

“Messiah” is an oratorio written by composer George Frideric Handel and is often performed during the Christmas holidays. Before the event starts, attendees are seated according to their vocal range – soprano, alto, tenor or bass. The “solo” sections are instead sung by the entire section, giving everyone in attendance an opportunity to sing. Donna Banes, FUMC music team co-leader, is serving as director on Dec. 8, and she will be accompanied on the organ by Glenn Rodgers.

The community-sing event came to FUMC in 1982 after a church member attended a sing-in at a church in Williamsburg. She returned and encourage FUMC to try hosting their own sing-in. Banes said there’s been no looking back since.

The event has seen consistent growth over the years. Banes said each year, nearly a quarter of the attendees are new.

“We’ve been fortunate to have it last this long,” Banes said. “Most things ebb and flow, but this has been well-attended […] and is always bringing in new people.”

While some are new, for others, the sing-in represents the start of the Christmas season. Banes said people invite family and friends to attend, and some even have a “pre Messiah-sing” at their homes.

She said they consistently get feedback from attendees who tell them just how much the tradition means to them. They’ve never missed a year – though FUMC did reschedule once due to snow. Banes said even on that “off year” they still managed to attract a crowd of more than 200.

While singing is strongly encouraged, it’s by no means mandatory. Banes said they have people who come and just listen. She said overall, the atmosphere is extremely laid back. If a section doesn’t go well, they keep moving, and everyone applauds for each other after every “solo” section.

Banes said the event is unique to the area, and for that reason, even parishioners who have moved away return year after year to participate in the special event. She said there’s just a special energy that resonates among the crowd during the community-sing that keeps people coming back.

“It’s hard to describe the sounds and the joy that come from the shared experience of music,” Banes said. “It’s just humbling.”

The community-sing is open to the general public and will begin at 5 p.m. at FUMC with a break for intermission where light refreshments will be served. Attendees can bring their own music score or purchase one at the door for $8.50. There is no admission fee, but free-will offerings will be collected.