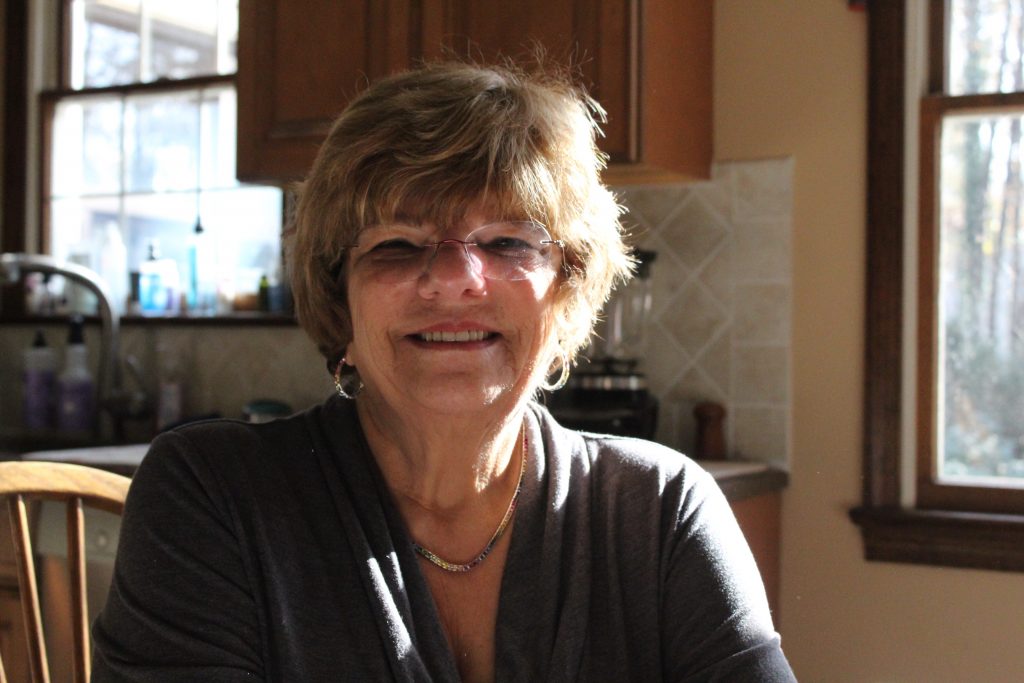 “Crypt Gnats” was published in the summer and is the brainchild of the Medford resident and Jersey Pines Ink co-owner Beverly Haaf. The two edited all of the short stories within the book, including their own, before sending it off to a copy editor.

“We had authors read their pieces to find any mistakes, little things like when you transfer from Word to InDesign, we lost many of the italics that were in the text,” Leacock said. “We had to go through and manually find them all again.”

Jersey Pines Ink is the publishing company Leacock and Haaf started to feature more classic horror and mystery novels. The premise for all of the stories in “Crypt Gnats” is “body placement,” which gave the authors a range of ways to approach their stories other than writing about burials in 225 words or less.

Leacock, a self-professed lover of classic horror stories, has written and sold over 80 horror short stories. She’s a classic horror writer because modern stories involving gore aren’t her favorite, but she enjoys the suspense of horror and its build-up, in much the same way Dean Koontz does for his readers.

She attributes her attraction to horror to her older brother and sister terrorizing her when she was younger. While she loves reading and writing about horror, she refuses to watch horror movies.

“I don’t mind being mildly frightened, but I don’t like things that randomly come out at you,” Leacock admitted. “I absolutely hate things that jump out at screens. I can do it in a book but … ”

Some of the stories in “Crypt Gnats” have been translated from Polish to English and utilize other variations of English from the UK and Australia. Leacock and Haaf, however, refused to change the stories to fit American English so they could “enrich” the content.

“One of the reasons we [created the book] was because I wanted to have a collection of other authors to showcase their short stories,” Leacock said. “There’s a lot of early writers in here. We have experienced and beginning writers in here.

“It’s a wonderful outlet because it is a paperback and is something they can show people, do readings and be very proud of.”

The 70 to 80 short stories in the book take niche approaches to horror, a delight to Leacock. She cites one story in the anthology as an example.

“It amuses the heck out of me.”

Others stories in the book that caught Leacock’s eyes include one called “Born in a Casket” that included surrealism; she fell in love with it even though she’s not a fan of the genre.  Another story included a cemetery with a “help wanted” sign because residents — dead people — keep leaving.

Leacock said anyone who enjoys reading horror or suspense will find themselves engrossed in the anthology’s varying degrees of horror.

“It’s been a really fun experience,” Leacock enthused. “We’d like to do more [books] on New Jersey. We’ve seen a lot of editors and publishers start, then they quit after five books. I don’t think we’re going to go that route.

“One day I hope to do a book on the Pine Barrens.”