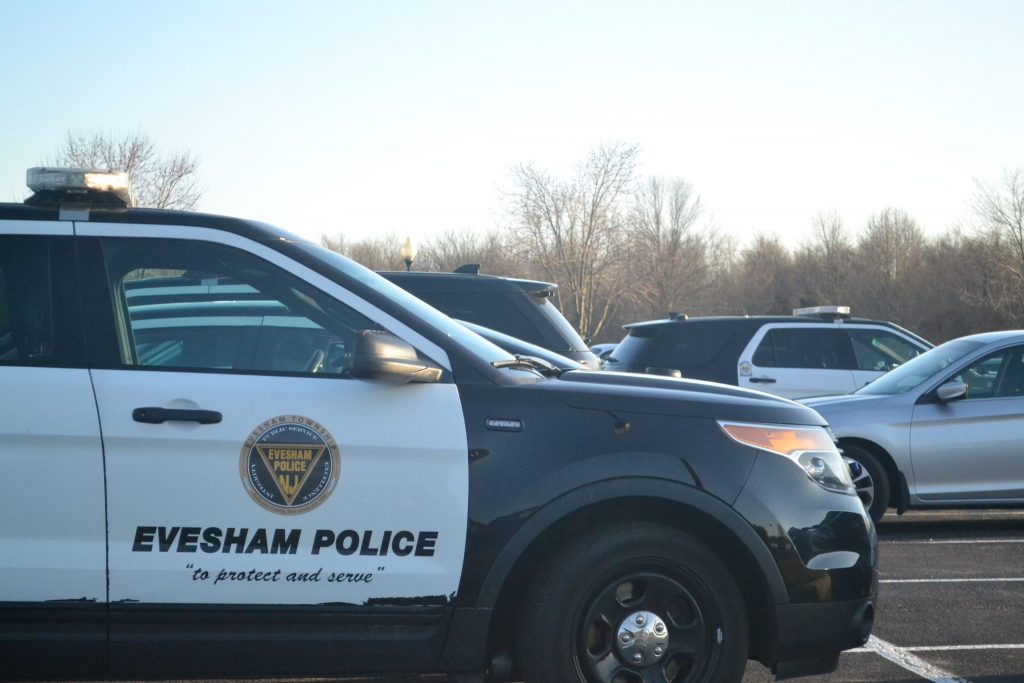 The following is on file with the Evesham Township Police Department:

On Nov. 18, at approximately 10:22 p.m., an alert employee of the Marlton AMC Theater contacted the Evesham Police Department to report a male and female acting suspicious and the male appeared to have a firearm in his waistband.

Arriving officers located the couple and quickly arrested the male who was found to have
a loaded 40 caliber handgun stuffed in his waistband. A subsequent search of the couple’s
vehicles resulted in the seizure of two stun guns and pepper spray.

Dennix Alicea, age 23, of Camden, NJ was charged with third-degree possession of a
weapon for an unlawful purpose. He was lodged in the Burlington County Jail.

Suehaley Otero, age 30, of Maple Shade, NJ was charged with fourth-degree possession of
stun guns and pepper spray. She was released on her own recognizances.

The success of the Evesham Police Department is enhanced by the active involvement of
Evesham residents. When you call to report suspicious activity, you not only help the Police
Department, but you make your neighborhood a safer place in which to live, play and
work.