SJSW Notebook: Closing in on the finish line

The final days of the high school sports season are upon us. The Soccer and field hockey  seasons ended this past weekend while cross country and volleyball are heading into their final events this upcoming weekend.

Two cross country teams and one individual were crowned state champions at Holmdel Park last Saturday in the NJSIAA Group Championships. In Group 2, Haddonfield boys cross country won its third consecutive state title and 18th in program history. The Bulldawgs ran away with the title, outscoring second-place Bernards by 61 points. Martin Riddell finished in second place for Haddonfield with teammate Andrew Gostovich right behind him in third.

In Group 4, Cherokee boys cross country came out on top as the Chiefs defeated second-place Ridge by 28 points to take first place and win the program’s first state title since 2007. The state championship is the sixth in program history. Senior Ethan Wechsler led Cherokee with a second-place finish. Fellow seniors Chase Miller and Tyler Jackson also finished inside the top 15.

This might be the coolest thing I've ever seen! pic.twitter.com/wuBpQjUGUJ

The Braves won the match in straight sets, edging out North Hunterdon in the second set, 30-28, to clinch the match. Raina Hughes came up big for the Braves with 16 kills. Her final kill of the match won the championship for Williamstown. 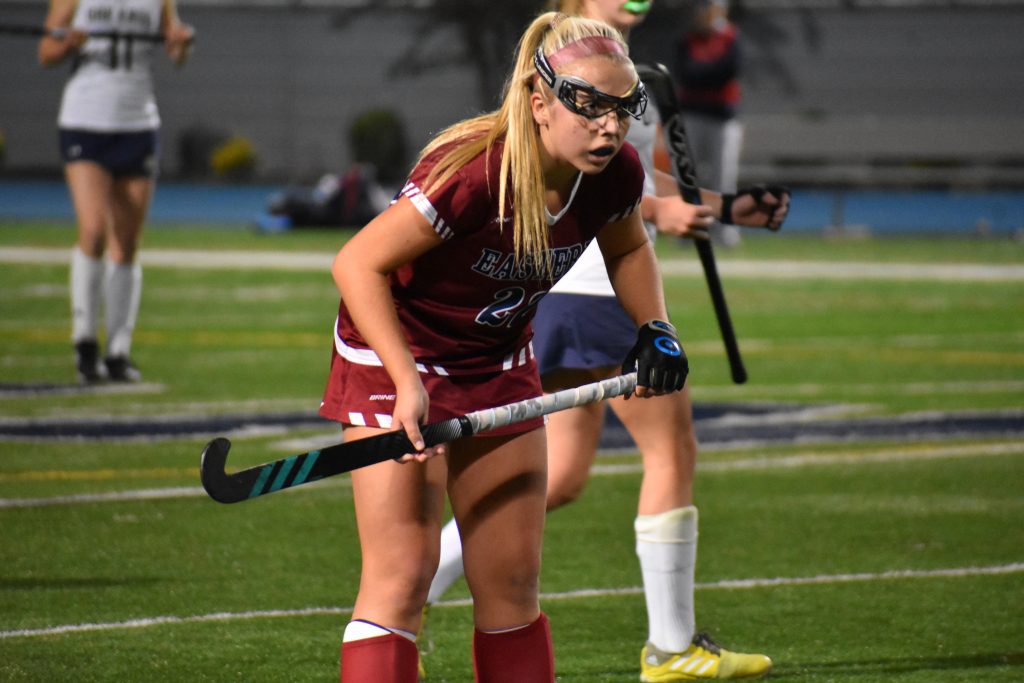 The field hockey season ended last week with two South Jersey teams competing in the Tournament of Champions. On Friday, perennial powerhouse Eastern faced off against Oak Knoll in a matchup of not just the top two teams in New Jersey, but the top two teams in the entire country. A run of four goals in a 10-minute span by Oak Knoll was too much for Eastern to overcome as the Vikings fell, 4-1. Ryan Lawrence was there to cover all of the action at Kean University. 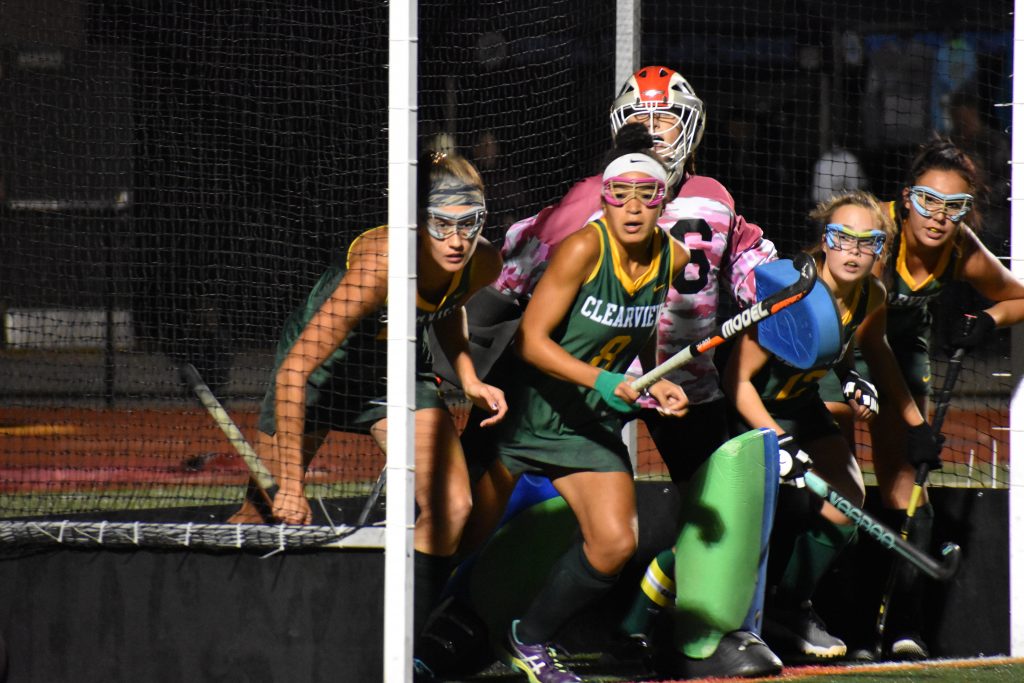 Clearview field hockey also saw Oak Knoll end its season in the Tournament of Champions semifinals. The team’s run to the Tournament of Champions was a storybook ending for the Pioneers, who won their first-ever Group 3 state championship on Nov. 9 with a victory over Warren Hills. Two of Clearview’s seniors spoke to South Jersey Sports Weekly last Monday about what this year’s state championship meant to them.

On the gridiron, a number of South Jersey teams will be battling to win a sectional championship this upcoming weekend. Perhaps the biggest matchup will take place in Williamstown, where the Braves will host Lenape for the South Jersey Group 5 title in a rematch of a thrilling, 28-21 Williamstown victory back in September.

One of the more surprising matchups on Friday will feature two lower-seeded teams battling for the Central Jersey Group 5 title. Cherokee will host Kingsway for the championship in Evesham Township. After losing four straight games leading into the postseason, Cherokee won back-to-back games on the road against Manalapan and North Brunswick to reach the final, while Kingsway defeated Old Bridge and Toms River North.

Another Lenape Regional High School District-team, Shawnee, will play for a sectional title on Friday. The No. 1-seeded Renegades will host No. 7 Ocean City in the South Jersey Group 4 final after Shawnee defeated Neptune and Millville in the first two rounds of the tournament. 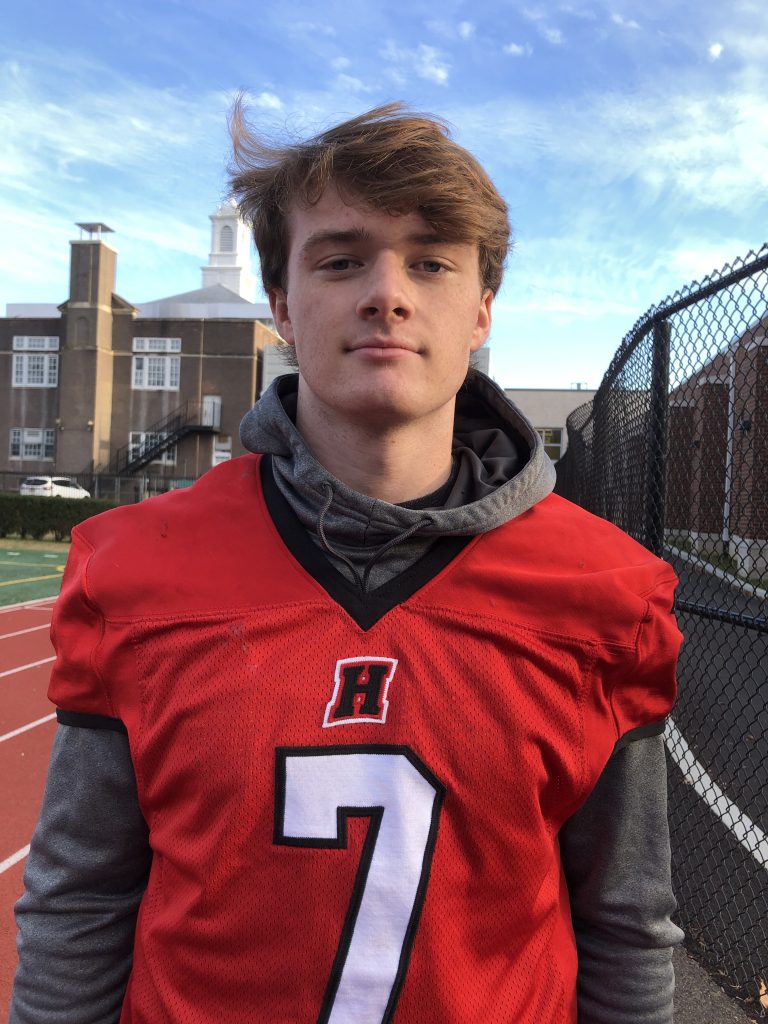 While Haddonfield didn’t make the sectional finals this season, they did get a big performance in round one from Tommy Batson in a 28-14 win over Shore Regional.

Football isn’t even his top sport — Batson is a prospective D-I lacrosse player — but the Bulldawgs junior made his imprint in the Nov. 8 win over Shore. While also contributing on defense, Batson ran for 74 yards and one touchdown on 11 carries and caught a 53-yard touchdown, pass, too.

“In the beginning of the season we knew our goal, and now that we’re here, we know what we have to do,” Batson said.

“The kids have embraced their opportunities and Tommy is one of those kids, he had the chance to step up and have more of a role (this season),” Haddonfield coach Frank DeLano said. “On both sides of the ball, he’s a Swiss Army knife for us. He had a huge kickoff return against Pleasantville in Week 1 to set us up for a go ahead score. And if you watch him on (defense), he’s all over the field. All over the field. … You watch him and he’s got a special gear. Usually the bigger the game, the bigger he plays.”