It can be overwhelming for a high schooler not to have someone to turn to for advice or encouragement. Seneca High School is helping 10 girls ease that stress through its newest mentorship program, Girls in Ascent.

Girls in Ascent was started this school year by math teacher Jenn Denn after she saw Michelle Obama speak and read her memoir, in which Obama wrote, “I looked at all of these girls walking by, these girls in ascent.”

“What I was doing before was informally mentoring people, but it didn’t have structure,” Denn said. “We can form a group that has structure and goals for each month, where we left with something as opposed to just relationships.”

Freshmen are excluded from entering the program because applications and nominations are  during the previous school year, and mentors don’t want to overwhelm the kids transitioning to high school.

Throughout the program, Denn said the students are instructed to inform mentors of their goals and what time frame they have set to achieve them, and they then work through exercises on how to take baby steps into achieving said goal.

Denn recalled one student wanting to speak up more in class, and after completing various sessions with her mentor, her teacher has remarked on how much the student has grown since September.

“That’s what I think is so great about the mentorship is that one-on-one [aspect], and it might not be the same for everybody,” she added.

Senior Morgan Hough, who is one of Denn’s mentorees, said one of her goals was to commit to a four-year program beyond high school, which she said she was struggling with.

“I felt like I didn’t really have much of a direction,” Hough said. “Ms. Denn helped guide me and, being someone removed from my situation, I felt like I could really trust her and her opinion on that.”

A requirement for the program, Denn said, was to make sure none of the students had their mentors as teachers or coaches, and that mentors weren’t administrators. She said the requirement was put in place so a student doesn’t feel pressured to follow through with advice given to them and that they’ll be more open to sharing information.

While the mentors do extensive work to support the students in their decisions, Denn stressed they are not counselors and if they come across a girl who is in crisis, they’re recommended to the guidance department.

To reach out to girls not in the program, the students and mentors hosted a Girls Night Out in October where all female students in Seneca could attend and, for $5, participate in classes such as yoga, painting, Zumba and other stress-free activities. Members hope to repeat the success in the next half of the school year and invite girls’ sisters and mothers.

As the program is in its infancy, Denn said she hopes it can grow over the years and soon be placed in the other three Lenape District high schools to reach a broader audience.

“[The program] has helped me connect with other girls who I would have never been friends with, and are now in this group together,” Hough said. “We’re sharing these experiences, and it’s something very special that I’m very grateful to be a part of.”

Hope One continues the battle against opioid epidemic 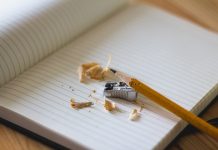 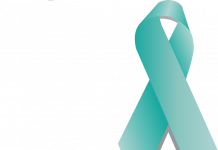