From Cherry Hill to New Amsterdam: Local actress steps into the spotlight 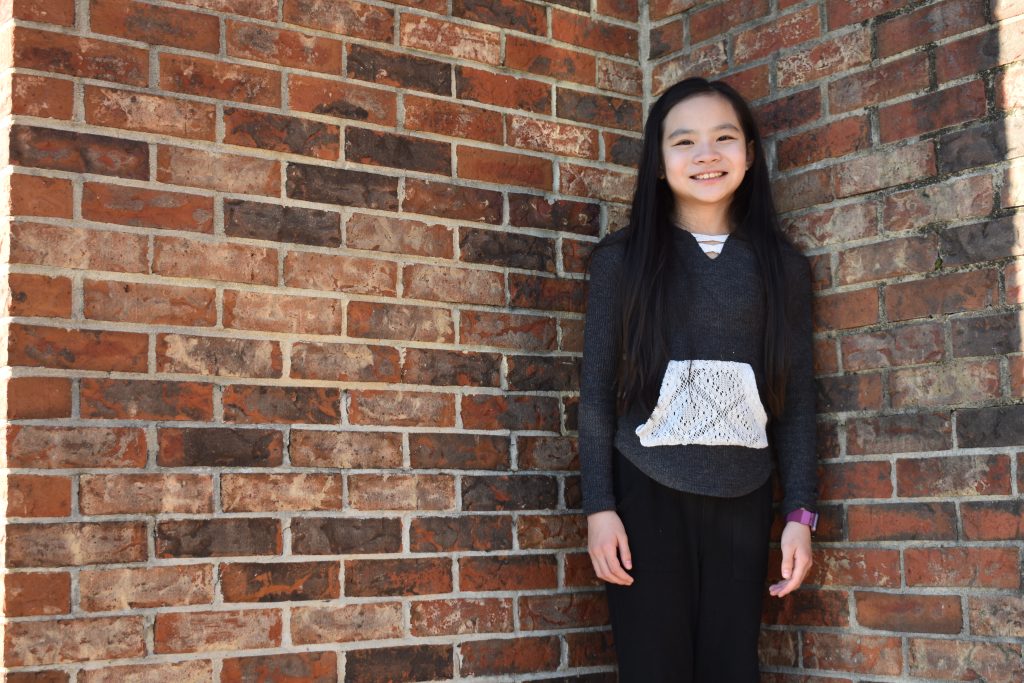 If you happened to be watching the NBC medical drama “New Amsterdam” last Tuesday night, you might have been appalled as you watched an 11-year-old unfeeling psychopath spit in a grown man’s face without any discernible remorse. You might be equally shocked to learn that the actress is one of Cherry Hill’s own.

Unlike her character, Emma Hong is humble, quick to smile and (for the record) extremely polite. The Henry C. Beck Middle School sixth-grader’s face lights up as she discusses acting, and the pure joy the craft brings her is palpable as she explains that she has no plans of slowing down any time soon.

Emma’s mother, Josie Hong, said at 3 years old, her daughter pointed to the television and said, “I want to be on there.” By 8, Emma was acting in community theater productions and singing with her local church choir, and she asked her mother if she could take things a step further. She wanted to be on TV.

Josie said any time Emma acted in any local production, she’d hear Emma is talented and that she should get her an agent. Josie is a physical therapist and her husband is a doctor, so the entertainment world represented uncharted waters. She said after so much positive feedback, she decided it was worth a shot.

It wasn’t long after that Emma found herself as an extra on Sesame Street. The New Amsterdam role is the latest in a series of acting gigs. Emma auditioned for a small part in season one in what she describes as “a lengthy audition process.” While she didn’t nab that role, she ultimately ended up getting cast for the role of Juliet in the show’s second season.

In the episode titled “Their Most Dangerous Patient,” Juliet’s brother is admitted to the hospital after he is choked by an unknown person. While in the hospital, doctors notice that Juliet is displaying some odd behavior that gets her admitted to the psych ward for testing. The episode unravels from there, revealing Juliet is a psychopath with no emotions.

She shot the episode over the course of five days back in September. The show is filmed at Kings County Hospital, a functioning hospital in Brooklyn. She said there was a real feeling of warmth and positive rapport on set, with everyone cracking jokes the entire time she was there. She said one of the most difficult aspects of the job was getting back into a serious, emotionless mindset during each take.

For Emma, Juliet was a welcome departure from her usual roles, which typically call for her to play someone bubbly and animated. She said this part offered her an opportunity to showcase her more “real and mature” side.

“After doing this role, I felt very proud,” Emma said. “I kind of just love this role.”

Her friends and family have always been nothing short of supportive of her roles, but for this particular part – her biggest to date – she’s seen an especially large outpouring of support.

She said some people have started binge watching the show from the very beginning to prepare for her episode, and they invited family over for a small viewing party on Tuesday night. The Cherry Hill community at large has shown their support as well. A Facebook post about Emma’s upcoming role in the “What’s up in Cherry Hill” group garnered more than 600 likes and countless comments of congratulations.

And there’s more coming down the line. Emma will star in two episodes of a show produced by musician and Broadway star Sarah Bareilles. And while Emma isn’t sure how long she’ll continue to act, she knows she wants to keep going for the foreseeable future.

“It started as a hobby and it’s escalated into this and I don’t regret any of it,” Emma said. “I’ve always been very animated. It just kind of gives me like an outlet to show the world what I can do.”