She may have only been a freshman, but Washington Township gymnast Isabella Nelli marched onto the floor at last Wednesday’s Olympic Conference Championships with the confidence of a seasoned veteran.

With her head held high and a big smile on her face, Nelli led her team into the Cherokee High School gym eager to compete for the title of top gymnast in the Olympic Conference.

“I thought I had a pretty decent chance (of winning the all-around), but I still knew it was going to be very difficult,” Nelli said. “I knew I had to hit all of my routines in order to accomplish this goal.”

A little more than an hour after marching into the gym, Nelli was smiling again, this time on top of the podium. Nelli won the Olympic Conference all-around title with a season-high score of 37.7 out of a possible 40 points. Nelli edged out Shawnee’s Felicia Poblete by 0.45 points in a tight race for first place.

Nelli was the most consistently solid gymnast in the meet, placing first or second place in every event. She scored a 9.5 on vault and floor, a 9.4 on the uneven bars and a 9.3 on the balance beam.

Nelli was thrilled with her scores, especially on floor exercise, where she decided to make a change to her routine.

“On my first pass, I used a new element,” she said. “That was a little tricky. I was a little nervous for that.”

“Our plan was to try out some new routines, some new passes and skills today prior to the sectional meet,” head coach Lauren Pellecchia-Kupiec added. “This was our trial for that. I think it was a success. We’re going to move forward with (the new routine).”

With all of the teams competing in different events throughout the evening, Nelli wasn’t sure where she stood in the standings as she competed. Poblete, the Olympic Conference all-around champion the last two years, was her closest competition. Poblete won the floor exercise with a score of 9.65 and trailed Nelli by just five-hundredths of a point in both the vault and uneven bars.

“I was kind of nervous,” Nelli said of awaiting the announcement of the final standings. “I had some doubts, but all I could do is be thankful for the great four routines that I did.”

Nelli’s success isn’t a surprise to those who knew her prior to her arrival at Washington Township. A level nine gymnast with Atlantic Coast Gymnastics, Nelli qualified for the 2019 Eastern National Championships last spring and finished tied for sixth place in her division with an all-around score of 37.3. Nelli immediately became Washington Township’s top gymnast upon joining the team this fall and consistently scored nine or higher in all four events across the season, leading the Minutemaids to a 7-1 record.

“She’s very humble,” Pellecchia-Kupiec said. “She treats these girls like she’s known them forever. She wants to be here. She wants this team aspect and she’s loving every minute of it.”

Nelli plans to carry the momentum from the conference championships into the South Jersey sectional meet, scheduled for Saturday, Nov. 2 at Seneca High School. Pellecchia-Kupiec said Nelli has the ability to qualify for states and feels her club experience will be a huge asset.

“Being that she is a USAG gymnast, sectionals and states will be more like her regular meets,” Pellecchia-Kupiec said. “I think she’ll have that preparation, it’ll just be on a different ground level being that it is high school versus her club team.”

“Confidence is key for me,” Nelli added. “The more confidence I have, the better my routines are. I’m going to focus on staying tight and hitting all four of my routines.” 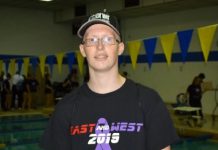 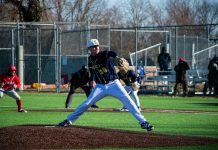