Board of Commissioners declare October as ‘Domestic Violence Awareness Month’ 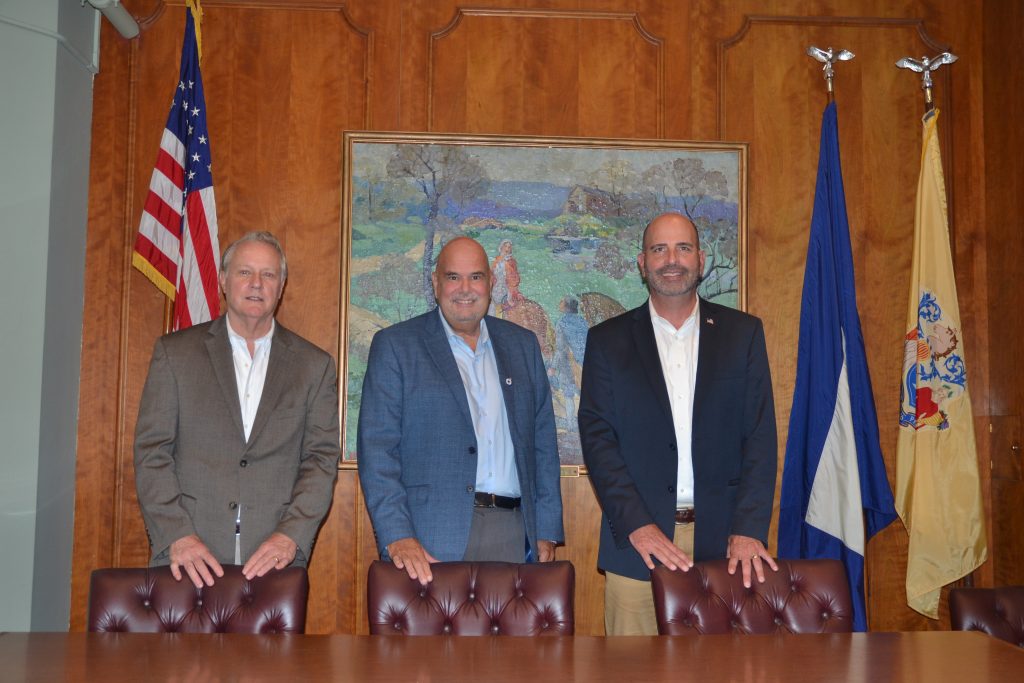 At its latest meeting, Haddonfield’s board of commissioners officially declared “Domestic Violence Awareness Month” in the borough for the month of October.

Haddonfield Mayor Neal Rochford and Police Chief Jason Cutler have engaged in recent conversations on the topic, regarding the procedures and protocols within the police department for domestic-violence cases, and Cutler informed those gathered at the public session.

“We have a domestic violence response team that are victim advocates, from the area, that we partner with Cherry Hill because it’s a larger expense and we kind of share services with them in order to cut down on costs, because by far they have a lot more domestic-violence incidents and so we tag along with them. It’s worked out well,” Cutler explained.

“When we do get a domestic-violence victim into the station, it can be overwhelming. So we call them (victim advocates), and they’re available 24-7 for the victim, help them out so that it’s not so daunting to have another civilian sitting next to them. They do get training, it’s 40 hours to deal with things related to victims and they can also explain some of the paperwork in layman’s terms. Sometimes the police officers can get a little technical (while processing the case). It puts the victims at ease and it really helps us out.”

A proclamation was later presented to Cutler by the commissioners, who later unanimously passed a resolution authorizing the borough to participate in a shared-services agreement with Cherry Hill for victim services related to domestic-violence issues. Part of the resolution revealed that Haddonfield has agreed to pay Cherry Hill $2,500 for the calendar year 2019 to provide borough police with all services which render aid to victims of domestic violence.

“This is something that crosses all social and economic barriers, and you can be in the city or suburbs, it’s a societal problem. And it’s something that we don’t shrink away from,” added Rochford.

Commissioners also issued an update on the borough’s leaf collection efforts, which were slated to begin, weather cooperating, with the first of three passes by leaf trucks on Oct. 28. Rochford reminded residents that borough-issued postcards have been sent regarding appropriate leaf-collection rules and regulations.

“As part of this gentle reminder, we’re asking people to be good neighbors, by keeping all leaves out of the streets. You’re protecting water quality, you’re helping to protect the storm sewer system from being clogged. And we had a number of folks who like to take pictures of clogged grates, and tell us to get out there, and we usually do. But we want to encourage people, rather than take a picture, to take a rake,” said Commissioner for Public Works Bob Marshall.