In the coming week, teams from all across South Jersey will be raising trophies.

And with the weather beginning to cool down, football season is becoming more interesting with each passing week, as teams like Lenape and Highland have emerged as serious contenders while Williamstown appears just as strong as they were when they where champions in 2018.

It’s also the time of the season when senior leaders are showing that experience matters, including Lenape’s Megan McKenna. 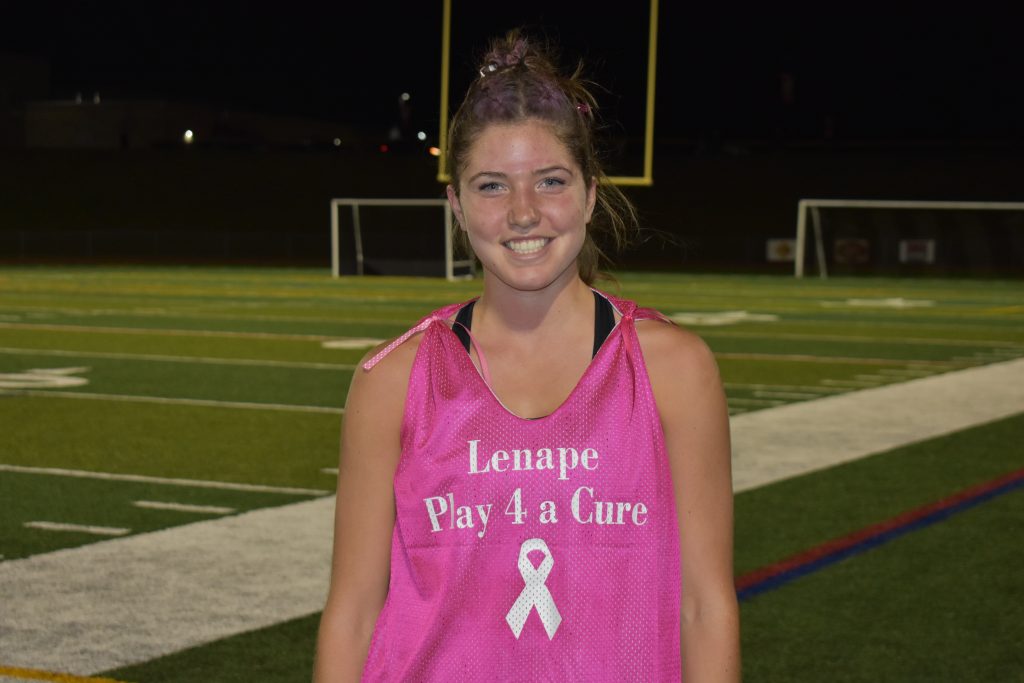 Lenape field hockey has emerged as one of the hottest teams in South Jersey entering the final stretch of the regular season. A 1-0 victory over Cherokee last Thursday was Lenape’s sixth win in their previous seven games, with the only loss in that span being a 4-1 defeat against national powerhouse Eastern. Midfielder Megan McKenna has been a big reason for the team’s success. She scored two goals in Lenape’s 3-1 win over Moorestown on Oct. 5 and was the lone goalscorer in the Cherokee win. McKenna has scored a career-high 10 goals so far in 2019.
“We’ve had a lot of focus practices to focus on the little things because we were trying to get back to the basics to improve our overall game,” McKenna said. “The Eastern game, even though we lost, was only 4-1 and even scoring on them really boosted our confidence for the rest of the season. Hopefully we’ll keep the streak going.”
Quotable: “She’s kind of a momentum builder and then she becomes the foundation of that momentum throughout the rest of the game,” Lenape head coach Sarah Moretti said. “She has improved impressively on being a leader and leading girls around her to step up and rise up.”
“Her on the ground stick skills, her 3D stick skills, her weak-side stick skills, her strong-side stick skills, they’re unstoppable. “And her ability to create deception.” Moretti later added about McKenna’s ability to possess the ball. “She baits (opponents), she pulls like it’s nothing.”

Have a story idea for South Jersey Sports Weekly? Email us:  news@southjerseysportsweekly.com

No Flyers for now, but Marlton’s Therien busy with dad duties