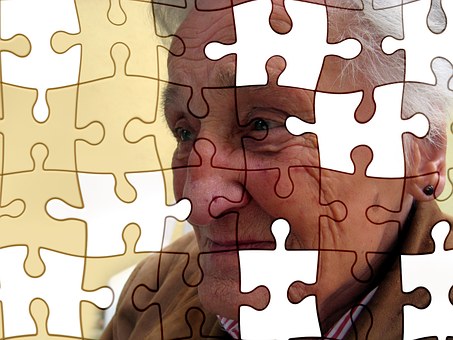 As such, he’s asking the public to support a cause close to his heart and weighing on his mind. On Saturday, Oct. 19, starting at 8 a.m. in the parking lot in front of the school, he’ll welcome those who wish to Walk to End Alzheimers. The event will go on, rain or shine.

The walk is slated to begin and end at East, and last for two miles. En route, participants will wind their way behind the high school and into the Fox Hollow Woods community abutting Kresson Road and then end up back in front of the school where it began.

The efforts are on behalf of The Longest Day Project, which seeks to assist Alzheimer’s patients but also their caretakers in combating the effects of the debilitating disease.

Melograna is a lifelong Cherry Hill resident and 2001 graduate of East, but whose family roots stretch back to the Italian sections of South Philadelphia. His parents still live in the Old Orchard neighborhood where they set down suburban roots, while he and his wife along with their two children (an 8-year-old daughter and 6-year-old son) have made a commitment to stay in the township as well.

“We’re trying to give my kids everything I had as a kid,” he said.

His mother, Linda, received her Alzheimer’s news several years ago.

“She started noticing things slipping at first a few years ago herself – which is scary – then the rest of the family started to as well,” Melograna explained. “After a battery of tests, and looking into things like Parkinson’s and complications from a stroke, dementia and Alzheimer’s was the eventual diagnosis.”

Melograna’s mother still lives with his father, and they’re trying to make the best of their 70s in retirement, but times are tough because his father currently serves as primary caretaker.

“There are times we have in-home care, but thankfully we’re not yet at the point where full-time care or moving to a facility is needed. She was an incredibly independent person, she never drove, she walked everywhere when growing up in South Philly, worked as a bank teller, read a book a week. She retired in 2010 and things degraded quickly,” he said.

As the Boomer generation in their millions begin to reach the traditional age of retirement, there’s become a premium on Alzheimer’s disease detection, prevention and care during the time when the disease strikes.

According to a 2015 report from the Alzheimer’s Association, nearly 30 million of those born between 1946 and 1964 are expected to deal with the affliction directly. If those numbers are realized, according to the site, it could account for almost 25 percent of all Medicare spending by 2040.

“They need research and funding to keep up the fight to identify who’s at risk and develop more medical tools to prevent and assist. It feels like moving in quicksand, to see people who have worked their entire lives be put between a rock and a hard place in dealing with financial implications for family members. You try to talk about it and navigate it as best you can and make them feel as comfortable as you can,” Melograna said.

Also, by creating this walk, Melograna hopes to encourage all age groups to help take control of their health through exercise and healthy eating, both of which have been recently shown to reduce the risk of dementia and Alzheimer’s disease.

“This is the first time that community work has a connection to someone, specifically. It wasn’t an easy decision. I worry that sometimes people wish to keep mental issues of family to themselves, but we want to get the word out. Will it help my mom? Probably not. But we hope it will help others 10 to 15 years in the future,” he added.

“So far the response has been nothing short of amazing and positive. It’s been a lot of work but it’s been totally worth it to see the positive outcomes and the response.”.

For those interested in registering for the walk, or to simply donate to the cause, visit: http://act.alz.org/goto/CHEastBoysSoccer.