A ‘drive’ to give back 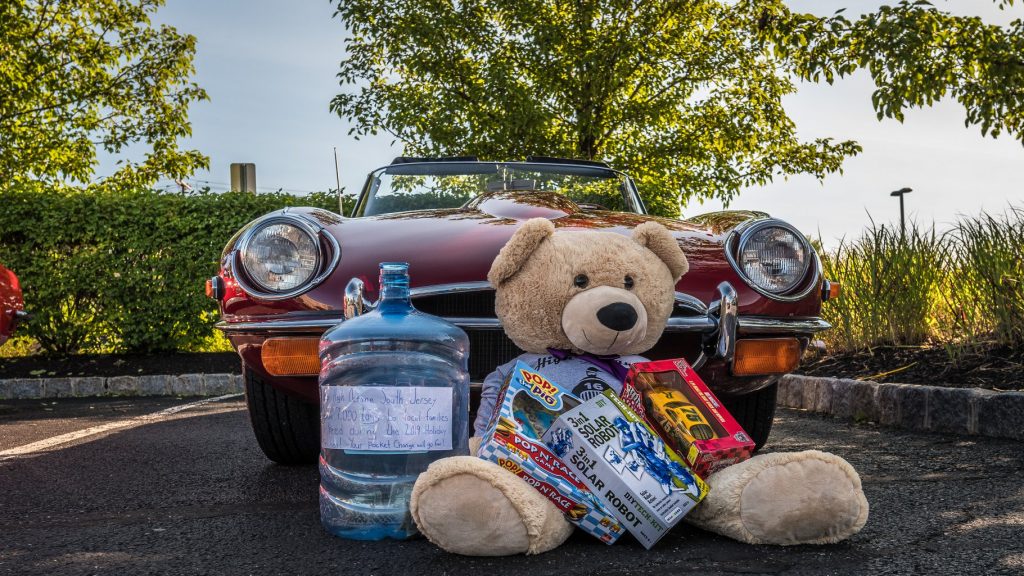 When Moorestown resident Chris Scafario formed High-Octane South Jersey, a local club for automobile enthusiasts, he knew he wanted the club to stand for more than just cars. The group wanted to serve the South Jersey community, and it’s found ways to do that since its inception.

High-Octane is currently undertaking its most ambitious charitable fundraising effort to date, hoping to collect nearly 7,000 toys by the holiday season to distribute to the pediatric patients at Deborah Heart and Lung Center as well as the Pinelands Family Success Center. On Oct. 12, the group will be out in full force collecting while hosting the Autumn in Moorestown Car Show.

Scafario said, about eight years ago, a group of people with a shared passion for cars came together, and High-Octane South Jersey was born. They met weekly, and the crowd grew steadily over time. By the time the holiday season rolled around, they figured they had enough bandwidth across South Jersey to make an impact, and so they decided to try to identify a community in need.

One of Scafario’s neighbors works at Deborah, and so, he had the idea to start a toy drive for the pediatric unit. What started as a simple toy drive rapidly snowballed into a Santa Claus Rally with the members meeting up and driving their vehicles over to Deborah to distribute the toys. That first year they distributed somewhere between 1,000 to 2,000 toys to Deborah patients.

But as their drive grew in the years that followed, they realized they were collecting more toys that Deborah needed, so Deborah staff connected High-Octane with Pinelands Family Success Center, a local organization working to strengthen families through relationship-focused activities. He said they were immediately struck by the organization’s mission.

“It’s a rally cry for our community,” Scafario said. “We loved that resource that is working there and trying to advance [families] and give them a better tomorrow.”

About a week or two before Christmas, High-Octane members go out and distribute the toys to the families that Pinelands Family Success Center connects them with. In total, High-Octane collected and distributed nearly 6,000 toys to Burlington County families last year, but every year, they’re looking to grow the fundraiser.

“It just so happened that last year was the sixth year and brought in a little over 6,000 toys; this year is the seventh year, so what better than 7,000 toys?” Scafario said.

His ultimate vision is to collect a tractor-trailer’s worth of toys one day. Scafario said they don’t want any parent to have to worry about letting their child down on Christmas morning.

Members of High-Octane live and work in the Moorestown community, and so, they came to adopt the car show portion of Autumn in Moorestown. The show features around 150 vehicles that are judged in five categories. This marks the second year the MBA has given High-Octane the chance to manage the show, and so, once again, they wanted to use the opportunity as a way to give back.

Scafario said while it’s nice to have families come out and check out exotic cars, they also want to send a message about the importance of giving back, so their members will be on hand collecting new, unwrapped toys.

“It’s just something that’s coming together in a really beautiful way this year,” Scafario said.

On Dec. 7, they hope to present the 7,000 toys to Deborah and the Pinelands Family Success Center.  Autumn in Moorestown will take place from 9 a.m. to 4 p.m. on Oct. 12 along Moorestown’s Main Street. Collection efforts will also take place at High-Octane’s weekly Cars & Coffee meets in Mount Laurel at the Aloft Hotel where all are welcome to stop by and check them out on Saturday mornings between 8:30 and 11:00 a.m. To learn more, visit www.highoctanesj.com.