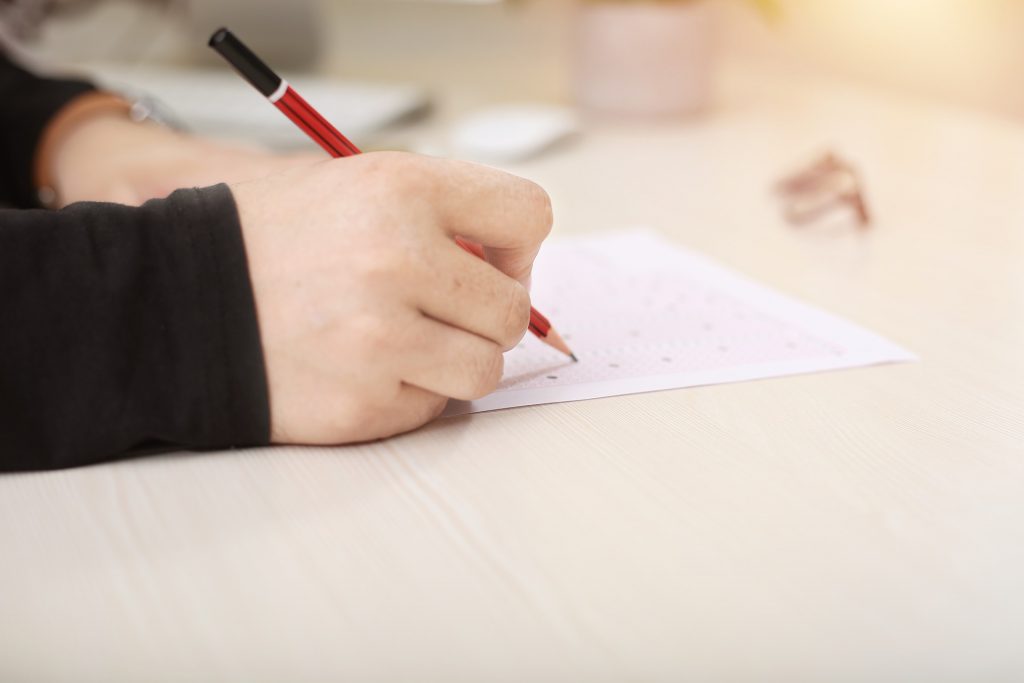 A new assessment policy meant to support the social and emotional health of students has been rolled out at Clearview Regional High School District this year.

Kids are stressed, according to data gathered by the district, and it needed to change the way it tested students. So, the district has implemented new assessment protocols to improve the student experience as it relates to social and emotional health.

The district put together assessment surveys from students, parents and teachers throughout the last school year. It conducted several administrative breakout committee meetings as well as gathered feedback through three Assessment Committee meetings. The committee was made up of teachers, BOE members, parents, students and administration.

One of the outcomes of the new policy is a change to the testing schedule.

To ensure students don’t have more than three major assessments in one day, teachers will now follow a set schedule to administer major tests, which do not include quizzes or projects. The new assessment calendar assigns class subjects on an “A” through “E” schedule. For example, a math teacher can only give a major math test on days that fall on “A” or “B.” Each of the four major subject areas, which include math, English language arts, science and social studies, are assigned two consecutive days school days for testing.

This year-long calendar has been developed for the school year at the high school only, and teachers are now required to give at least a five-day notice for all major assessments.

“If you know anything about teenagers… you’ll know that this is the most difficult era that any teenage generation has dealt with. Rates of depression across the country for students has continually been on the rise. If we as an educational organization have an opportunity to help students through that process, we’re going to do everything we can do in order to help them minimize their concerns as they navigate through the high school setting,” said Superintendent John Horchak.

Teachers were made aware of the new assessment policy in an email from Clearview’s Director of Curriculum and Instruction Sherry McAteer on Wednesday, Aug. 7.

On one of the first days of school, the Clearview Education Association, the union for district employees, released a statement opposing some of the procedures in the policy.

“This new policy ties the hands of the professional educators who work with students on a day-to-day basis,” the CEA said in a statement released on Sept. 9.

CEA President Paul Sommers said the new scheduling system was only discussed during the last meeting of the assessment committee on Aug. 5, after administrators created the schedule the month before. The first two committee meetings were in May and June, which included discussion centered around the concern of students having too many major tests toward the end of a marking period, according to the CEA.

According to Horchak, the issue was first discussed at a high school faculty meeting in November 2018. Last year, the high school also piloted assigned testing days for the last week of the marking period and have since modified that pilot. Also, according to Horchak, in a separate Teacher-Leaders Committee meeting on July 23, the group was informed of the assessment calendar.

As far as the administration’s creation of the new assessment policy, Horchak pointed out that most of the recommendations by the teachers on the assessment committee were considered and implemented into the new system, including a requirement for teachers to announce tests at least five days in advance, not count projects as “major” assessments, and the ability for both students and teachers to reschedule assessments.

The CEA says the biggest issue teachers face with this system is the flexibility to accommodate their students. Even though the new system allows both teachers and students to deviate from the calendar under “unique circumstances,” they first must request approval from the department coordinator. The association has suggested to the district to instead consider implementing a shared Google Calendar for teachers to sign up for testing days, on a grade-level basis, which will allow them to communicate with each other without the use of a third party. This system has been implemented in the district’s middle school.

However, according to Horchak, administrators say a shared calendar can only work for the middle school because high school classes may include students in various grades, creating a system that would be too complicated to follow.

“It was more difficult to apply the same approach in the high school due to having multiple grade levels in one class, being twice the size of the middle school, and having an additional class section each day,” Horchak said. “The high school is currently following a calendar that enables the four core areas (science, math, social studies, English) to test on two assigned days a week, while the other content areas are assigned one day per week on a rotating basis.”

In a letter from Horchak sent Sept. 10 to Clearview parents and community, the district stated it will continue “reviewing the implementation of these new procedures in an effort to evaluate and adjust the assessment protocol.”

The Assessment Committee will continue to meet, although the district has not defined how often.

“We’ll certainly look at it after the first and second quarter to see how things are progressing, what modifications may need to be made and to target ways to improve the process,” said Horchak.