Check out the Player of the Week, photos from three games last week and more.

This week’s print edition of South Jersey Sports Weekly is chock full of content (including print-only features such as the Power Poll ranking the top fall high school sports programs). Much of this week’s content features teams and athletes who are reaching new heights in 2019.

Sometimes, reaching new heights means doing something almost no one else is done. That can be said of Deptford’s Angelina Schilling. A star soccer player at Deptford the past three years, Schilling decided to play Development Academy soccer over taking the field for for the Spartans. Still wanting to play for her high school on a team during her senior year, Schilling figured out a way: become the kicker for the Deptford football team.

In her debut against Cherry Hill East, she booted her first career field goal from 22 yards. Through three games with Deptford, she’s 9-for-11 on extra point attempts. Learn more about Schilling’s journey to the gridiron in her Q&A with South Jersey Sports Weekly. 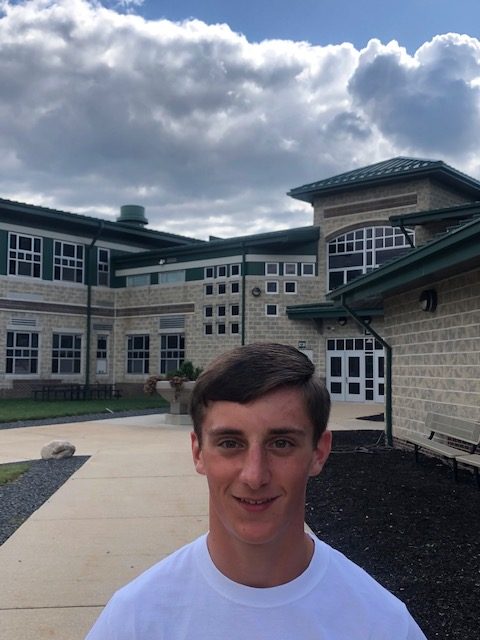 One Seneca cross country runner is certainly reaching new heights early in the 2019 season. Junior Dominic Amilcare struggled with injuries his first two seasons, only competing in a few races for the Golden Eagles. This season, he’s healthy and leading the pack, winning the Sept. 17 Olympic Conference batch meet by a wide margin and also finishing in the top-10 at the Sept. 14 South Jersey Shootout. Amilcare has clocked in under 18 minutes in every five-kilometer race he’s competed in this season. His early season achievements make him the South Jersey Sports Weekly Player of the Week.

“Dom is one of the hardest working runners on our team,” Seneca assistant boys cross country coach Matt Carr said. “Over the past two years, he has battled injuries that have hindered his participation in meets. This September, Dom is healthy, and he is making the most out of the summer and preseason workouts. Mentally, Dom has matured and is able to prepare properly for meets and give 110 percent during his races. Dom is a quiet leader who consistently trains with a purpose.”

Have a story idea for South Jersey Sports Weekly? Email us:  news@southjerseysportsweekly.com.