Staying at the Voorhees Town Center in 2019, the VAO’s annual primary fundraiser has experienced a growth of 25 percent in attending vendors and organizations 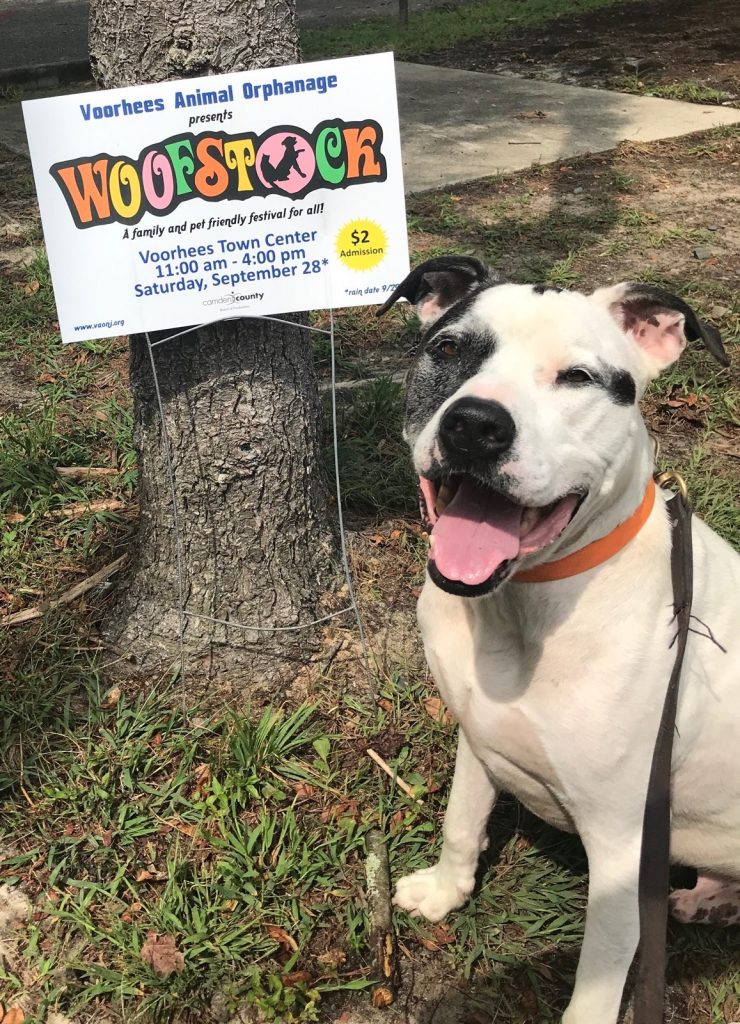 After more than 20 Woofstock Festivals under the Voorhees Animal Orphanage’s belt, the nonprofit had more than likely seen its fair share of last-second changes and snafus prior to last year’s event.

Having hosted the annual event at Connolly Park for a number of years, the VAO was thrust into a strange predicament when rain and bad weather leading up to last year’s event forced the shelter to search for a new location at the last minute.

“It was a blessing in disguise, I have to say,” said Bailey. “We had been doing it at Connolly Park for so long that it had just become our routine and we were forced, last year, to think out of the box and move to the Voorhees Town Center [due to the field conditions at Connolly Park], but we got nothing but rave reviews about it.”

Now entering its 23rd year, Woofstock will return to the Voorhees Town Center Saturday, Sept. 28 from 11 a.m. to 4 p.m. Among the positives about the new location, according to Bailey, is more parking that is easier for those attending, as well as stable, level ground thanks to the parking lot the festival takes place on.

“This allows for more people to be able to come to the festival,” said Bailey. “There’s more than ample parking, plus the conditions are such that elderly people don’t have to deal with the hill at Connolly Park and it’s overall easier for people in general. To me it was a no-brainer to decide to go back to the Voorhees Town Center.”

The annual festival, according to Bailey, is typically attended by 2,000 to 4,000 people. Bailey says the nonprofit is unsure of how many people attended last year due to the change of location, however preparation for this year’s Woofstock saw a dramatic increase in vendors and organizations signing up to attend.

“We’ve grown over 25 percent in terms of size just from last year alone,” said Bailey. “Word got out about us staying at Voorhees Town Center … and just to give the scope of things, last year we had 95 vendors and 20 animal rescue groups. This year, right now we have 126 vendors and 30 animal rescue nonprofit groups, and counting.”

Food vendors offer both animal and family-friendly food and drinks, with other organizations and vendors selling crafts and other items as well.

The Voorhees Animal Orphanages encourages residents attending to donate $2 to get into the festival, however no admission is required. However, as always, all money raised at the annual festival goes toward the shelter’s operating budget.

“Woofstock is designed to support our operating budget,” said Bailey. “We don’t receive any income other than the monthly stipends from the 22 towns in South Jersey that we cover, but those are meant to only cover the animals that come from their respective townships.

“Otherwise, we rely 100 percent solely on our supporters and their generosity just to help keep the lights on. So now more than ever while we’re fundraising for the new building, it’s important to remember that we need to be able to operate. Woofstock is our primary annual fundraiser and it’s designed to help us exist just on a day-to-day basis.”