Spike Wells has invested himself in a labor of love in working at his family's sawmill for the past 50 years, and isn't showing signs of slowing down anytime soon.

The Pinelands National Reserve has a wide range of resources available, include various species of trees, which helps keep Shamong resident Spike Wells busy day in and day out.

For the past 50 years, the 68-year-old has been cutting lumber in a shop that bears his name, just steps away from Route 206.

His family’s sawmill is one of roughly five in Burlington County.

“This place is 75 years old,” Wells said. “My dad built it in 1944 and my grandpop had a mill down the road, and his grandpop. They all had mills and all did cedar.”

Wells added cedar is a personal favorite of his to work with because of how easy it is to cut. On the other hand, he said hard woods such as oak are different because he has to use more blades to cut them. 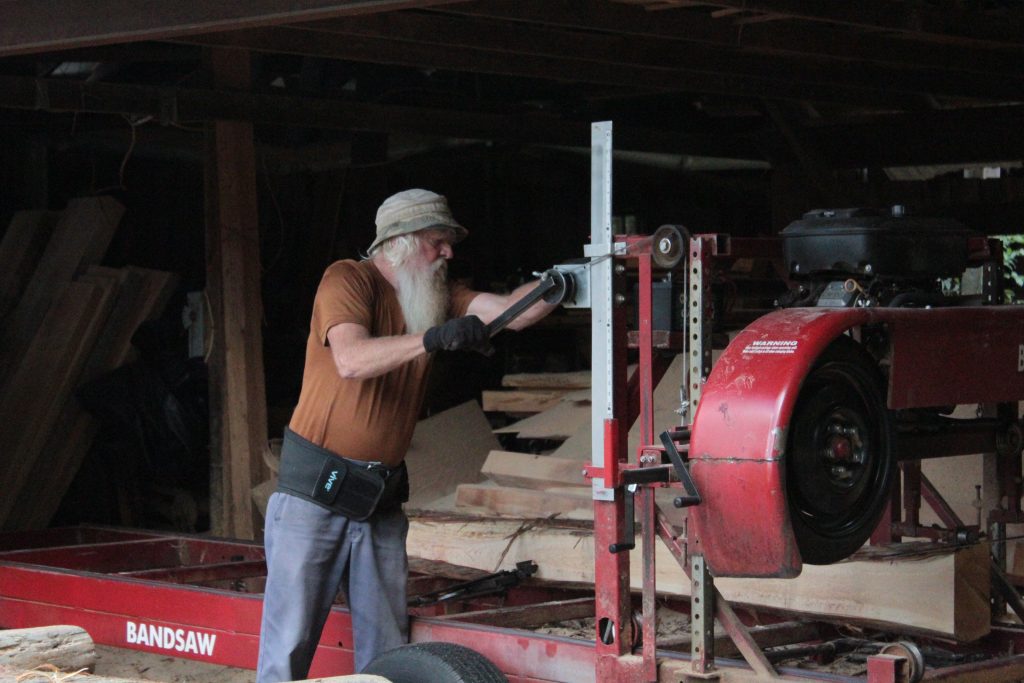 He said he believes sawmills will still be in demand, despite the low number of mills around the area, because someone is always in need of lumber. Whether it’s for bigger projects such as cutting bar or countertops, or to supply residents in Medford Lakes with log siding.

As automation and technology become more useful in many hands-on jobs, Wells said he doesn’t have many fears of it taking over the industry because with his saw, he said he can cut a log into one shape and size the same way each time.

He added sawmills that do have automation are able to cut house shingles and for a cheaper price, typically. However, he stopped cutting shingles a while ago.

Wells isn’t a big proponent of technology as he takes orders down with a pen and paper, and sums up the costs with a calculator.

His only worry comes when it’s time for him to retire, and someone needs to take over the family business, as his brother Stanley passed away last year. He said he and his wife, Michele, have two grown daughters, but they’re involved in other industries.

Schools, he stated, would sometimes stop by the mill to show kids what it’s like, which they enjoy. Often, Wells would provide lumber to Boy Scouts he sees or hears about working on projects to “help them get a head start.”

As his job takes him outside nearly every day and all day – except in extreme weather conditions – he said there will always be a vast amount of wood available for him to cut and jobs for him to take up.

People do, however, believe some myths about the industry, especially in regard to workers cutting down trees.

“Whenever tree guys come out to cut lumber, people think that they’re cutting down everything and killing the trees, but they pick out where they’re going to cut, and not going to cut, to help keep forests alive,” Wells said.

With each log he receives, Wells said he doesn’t waste any portion as the pieces with bark are retained for siding on homes, sawdust is donated to barns and stables for clean up, and smaller pieces of wood are used for grave boxes or to line unkempt driveways or campsites.

“People come around once in a while for decoy lumber for carving and all because it’s all cedar,” he said. “You can only get it here [in the Pinelands].”

In a profession that grew as the blueberry and cranberry industries grew, Wells said if he could be doing anything else, it’d be farming.

“But after this,” he clarified. “We’d always talk about doing it after I’m done this and drive around on the tractors and stuff.“