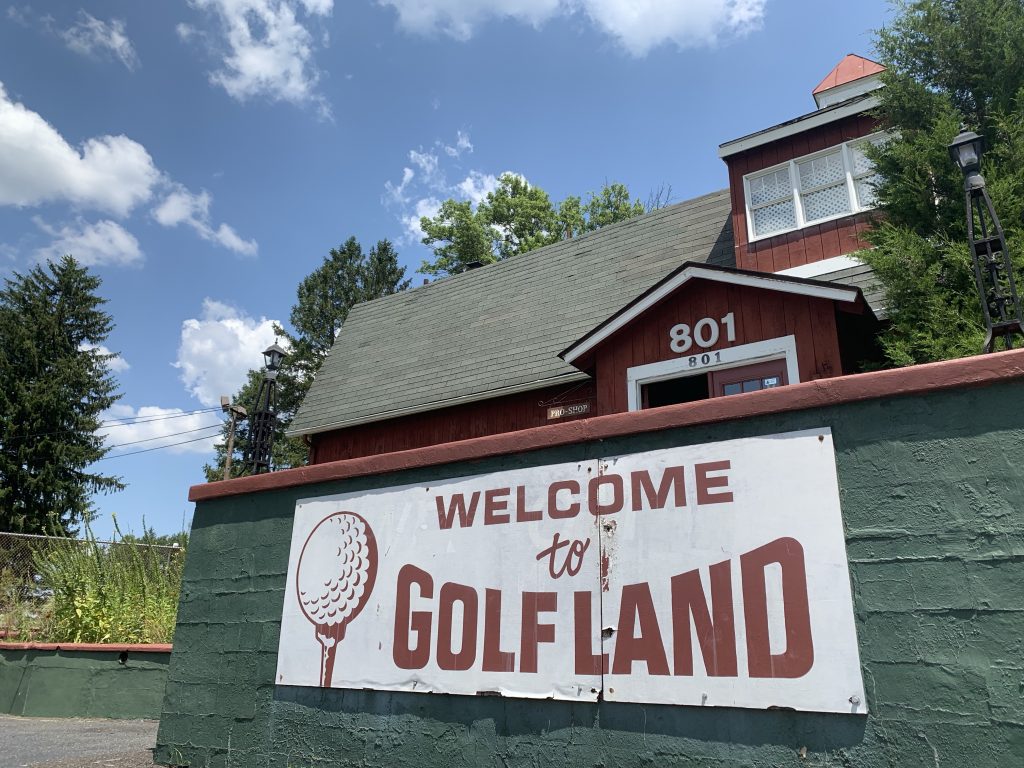 Voorhees Township pitch and putt and minigolf enthusiasts can sleep soundly after a developer’s proposed application at the hands of the township’s zoning board, that would see the destruction of Golf Land along Haddonfield-Berlin Road, was denied at its Thursday, Sept. 12 meeting.

Requiring at least five votes from the seven-person board to be accepted, the final vote ended 4-3 in favor of approving the as many as 14 use variances requested by Hartford Properties LLC. Despite majority on the board voting in favor of allowing the use variances, the application was denied due to not reaching the five votes needed for approval.

The developer had sought to build a proposed a 97,800 square-foot complex, called “The Shoppes at Voorhees,” encompassing a mixture of retail, restaurants and offices as well as a potential gym and more, between six buildings on the property.

Golf Land sits on a 12.3-acre plot, with the land it sits on leased from the adjacent Lions Gate retirement community. Due to this, Golf Land is labeled as a SH-Senior Housing zone, which prompted discussion from the board and attorneys regarding the potential of lessening the amount of land designated as SH-Senior Housing within Voorhees Township.

The township’s zoning board heard discussion from Damien Del Duca, representing the proposed developer, as well as from Jeffrey Baron, representing the Eagle Plaza Shopping Center, which is on the opposite side of Route 561 that the parcel of discussed land occupies.

Veronique Longo, an employee of Hutensky Capital Partners, opposed the proposed developer’s plans on the basis of additional traffic and the multitude of use variances requested.

However, Del Duca said in his final argument to the board that it was clear to him why an employee of a nearby shopping center was opposing the addition of a new shopping plaza at Golf Land.

Baron, during his final argument in opposition to the proposed development, reminded the board that Hartford Properties LLC could not provide the board with possible occupants and what specific buildings would be designated for at this time.

Additionally, Baron reminded the board that the use variances requested would encroach on the homes of residents who live along the northeast side of the property along Westminster Drive.

Following the meeting, board member Ron Schwenke said his vote came down to the multitude of use variances requested by the developer and their validity in requesting them while making their case.

“As hard as it is to go against economic development, if [a developer] doesn’t satisfy the burden of proof to obtain a use variance, they shouldn’t receive it,” said Schwenke.

Meanwhile, board member John Daddario said the effect the proposed development would have had on the residents along Westminster Drive is what he mostly closely considered. Some of the requested use variances, for example, would have cut the previously allowed distance from a residence to parking spaces in half from what is currently allowed at the location.

Board member Robert Weil, who voted in favor of the proposed development, said it is only a matter of time before something is constructed on the lGolf Land property.

“This piece of property is going to be developed,” said Weil. “It’s the last open-space parcel along (Route) 561 … somebody is going to develop it.”

Chairman Jeff Senges, who also voted in favor of the development, said he did not find the opposition’s points convincing, while also saying he believes the proposed development would create competition and drive further business and area customers to Eagle Plaza down the road.

Moving forward, Del Duca said he is unsure of what Hartford Properties will do moving forward with regard to its proposed development at the site after the recent denial from the township’s zoning board.