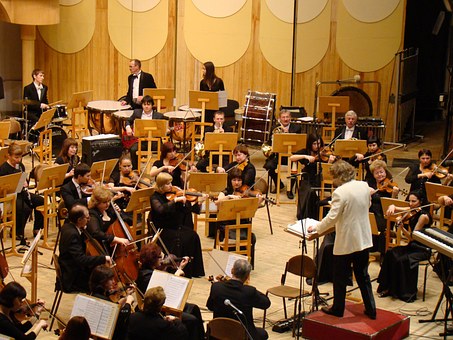 The bad news is that it’s over: an enthralling concert by the Symphony in C.

The good news is there’s more to come.

Last Saturday, the Symphony in C presented its season opener—an all-Beethoven gala. The rest of the season promises to be no less inspiring with great music, great performers, all to great effect.

The Symphony in C is the renewed and renamed Haddonfield Symphony, which played for many years in the borough’s high school auditorium. It was a main attraction for me when I moved here some two dozen years ago. A small town with its own symphony orchestra! How “outside the ordinary,” as they used to say.

But things happen, and soon came a restructuring, a relocation, and a name change. Now, the once substantial orchestra (I remember a knock-out performance in the 1990s of Strauss’s Rosenkavalier Waltzes) has grown to become an incredible ensemble that can compete (all things considered) with any of the Big Five orchestras in the country.

Thanks to funding, an acoustically brilliant venue (in the nearby city of “C”), and to serious artistic guidance, there’s a steady diet to be had on this side of the river of top drawer performances of great music.

Performances are generally near sold out, and the Haddonfield heritage is plain to see by the many familiar faces attending. Easy access by car, and it’s said that carpools form for each concert as do group trips on PATCO.

Saturday’s concert featured Beethoven’s Prometheus Overture, his soul-stirring (Largo) Triple Concerto, and his overpowering and ever-iconic Fifth Symphony, all of which made for a totally thrilling experience.