It was only a couple years ago when senior Taylor Downing was one of the new kids on the block for Gloucester County Institute of Technology girls volleyball.

Downing made her varsity debut with GCIT in 2017 and learned about what it takes to play at the varsity level from the upperclassmen. One year later, Downing was one of GCIT’s key starters as the Cheetahs went 24-9 and won the Olympic Conference National Division.

Now, Downing is the player many in the GCIT program are looking up to. One of the few GCIT players coming into the year with experience at the varsity level, Downing is tasked with doing much more than recording kills this season for the Cheetahs.

Downing represents many of the values head coach Chris Retzbach wants to see in his players. Downing emerged as one of GCIT’s top offensive weapons in 2018, Retzbach believes her work ethic and leadership set her apart.

“She’s been great,” Retzbach said. “She’s our captain. She works hard. If I’m not here, she’s the one running a drill if I have to step out for a second. She’s the one who takes over. She embraced the role this year and last year.”

Downing still remembers being new to the varsity team and being mentored by the senior leaders at the time. She is trying to bring that same type of leadership to GCIT this season.

“All of the seniors made sure I knew where I was going, what I was doing, the goals for the season,” Downing said. “I’ve been trying to do that.”

“At the beginning of the season, I like to talk to all of the players and explain to them what happened last season, what we need to work on and … what we want to do this year,” Downing added about her role.

Downing will likely be a major force on the court again for GCIT in 2019. As the Cheetahs second outside hitter in 2018, Downing finished second on the team in kills with 205, second in service points with 220 and second in aces with 91.

This year, Retzbach will move Downing up to the first outside hitter position and expects her to provide the same outstanding power she showcased last year.

“She starts in the back row instead of the front row,” Retzbach said. “She’s a plus serve in the second half of the lineup, which is good for us. She’s going to score a lot of points for us.”

Surrounding Downing will be a team of mostly new varsity players. Senior Hailey Lindeborn and sophomore Kyla Sayson each received some playing time on varsity last year and will be in larger roles this year. The rest of GCIT’s roster will receive their first varsity playing time in September.

“The whole team is having to step up and fill a role,” Retzbach said. “They have to do a lot. In women’s volleyball, you can’t hide on the court. Everyone’s got to play, everyone’s going to touch the ball. They need to be in every set, every point.”

The Cheetahs’ roster turnover made this year’s scrimmages extra meaningful. GCIT loaded up its preseason schedule with talented programs, including a Washington Township team that won 22 matches last year, as well as Cherokee and Clearview.

Downing went on to say the work GCIT is doing to build chemistry and improve communication is only beginning. She recognizes perfect chemistry doesn’t happen overnight, but believes if the team continues to bond as a unit, success and wins will follow. 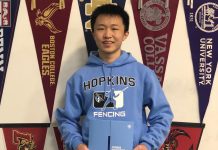 It’s a wonderful (broadcasting) life: a Q&A with Jim Jackson 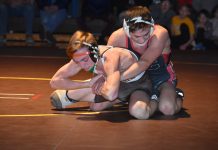 Winter is coming, but what about wrestling?