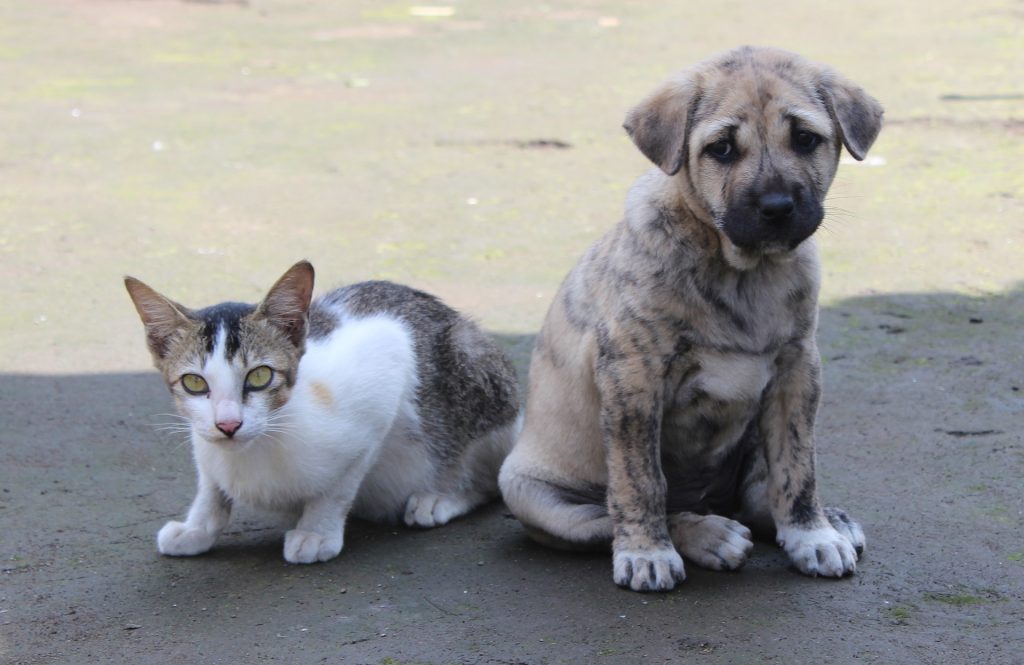 Two weekends ago, the Homeward Bound Pet Adoption Center waived adoption fees at its shelter in participation of the annual Clear the Shelters event, a nationwide adoption drive organized by NBC/Telemundo stations.

According to Executive Director Vicki Rowland, the shelter set its goal at reaching 100 adoptions on Saturday, Aug. 17 during its fifth year of participation in the event. After having reached 87 adoptions last year, Rowland says the Homeward Bound Pet Adoption Center reached 153 total adoptions, between on-site and off-site cats and dogs, in its new building’s first Clear the Shelters event.

“We were able to achieve 153 adoptions this year, making it our record high,” said Rowland. “It’s kind of fluctuated year-to-year up and down, but this is our first year over 100, which is exciting.”

The annual adoption event, Rowland says, helps shelters tremendously, especially due to its placement near the end of the summer months when most shelters can expect a higher than usual influx of cats and dogs in need of homes.

“It’s super important for us, especially this time of year, in the midst of the summer months,” said Rowland. “This really helped us free up some space in our adoption center, we heavily rely on Clear the Shelters every year to help push adoptions.”

While the event strives to help find all and any animals their forever homes by encouraging area residents to visit their local shelters, one area of note is its ability to help find homes for animals that might stay at the shelter longer than normal.

Two dogs, Moo and Opal, had both been at the Homeward Bound Pet Adoption Center for over a year waiting for a family to visit and take them home. Fortunately, the event was able to connect the dogs with interested residents who would eventually adopt them, something that might not have happened if not for this nationwide event.

“We appreciate the continued support the community provides to benefit the homeless animals of Camden County,” said Freeholder Jonathan Young. “Our pets are like family to us, and we host events like this throughout the year as this helps us to continue to provide the love and care for so many animals awaiting their forever home.”

While some cats or dogs can often be overlooked for a myriad of reasons, such as breed or size, the shelter also hosts another initiative called Senior Sunday each weekend to encourage the adoption of its oldest residents at the shelter.

“It’s one of our more regular adoption highlights, bringing attention to our senior dogs or cats,” said Rowland. “Sometimes they’ll get overlooked just because they’re older, so we’re trying to market the benefits of having a senior pet.”

While events like these help get animals adopted, the group continues to provide care and support for animals that stay within its shelter. As is stands, Rowland says the shelter is currently extremely low on both cat and dog food and hoping for donations from the community to best provide for its adoptable animals from Camden County.

All donations can be brought to the shelter located at 125 County House Road in Gloucester Township, while residents interested in adopting an animal can visit homewardboundnj.org for more information.