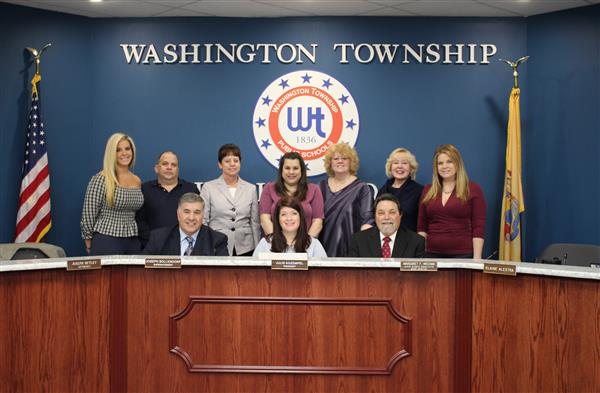 The July 23 board of education meeting marked the end of an era in Washington Township.

In May 1993, Peg Meehan became the board of education’s business administrator, a role she held through July of this year. Board President Julie Kozempel said the business administrator is in charge of non-instructional areas of the school district, including human resources, payroll, security, operations and the performing arts center. Kozempel added Meehan was also heavily involved at the county level during her 26-year career.

The meeting on July 23 was the final meeting of Meehan’s career.

“She’s like an encyclopedia for us, not just a business administrator. She can recall the history of things, those who work with her know what I’m talking about,” Kozempel said. “Every person that we talked to said Peg has the best interest of the kids in mind, and she does, in my experience, have that.”

“She’s a great person to work with, I worked very closely with her since I became board president in January. I’m going to miss her immensely and her advice and counsel. She always protects the board, protects the students and district,” she added.

Janine Wechter began her role as the new business administrator on Aug. 1.

She said, according to a state statute, a district must provide courtesy busing on hazardous roads. Some of the hazards on her children’s route to school are a bridge near the school where the kids have access to water and no stop sign at Plymouth Place crosswalk where the crosswalk doesn’t meet the sidewalk. She noted a sex offender lives behind the school and a meth bust that occurred in the neighborhood. She said there’s a confined space permit where a water company does testing, making it a hazardous site – Whitcraft had pictures showing how easy it would be for her children to enter the site. She alleged the crosswalk sign at Plymouth Place coming from Whitman School Road is out of ordinance as well.

Whitcraft provided the board with an abundance of photographic evidence as well as some written documents to back her case. Kozempel said she would take everything into consideration and speak about it at an upcoming committee meeting. She added she plans to walk the route herself to try to understand where Whitcraft is coming from.

“I work for the Voorhees board of education. I run a summer camp for 150 kids and we stopped going to Clementon Lake Park probably 10 years ago because of the conditions of the park, the clientele, the workers, it’s a dangerous place to go,” Beth said.

Kozempel said the decision to switch locations was strictly equity-based – noting it was more equitable and less expensive to have a trip closer to home. The middle schools formerly went to Hershey Park.

Steve Gregor, the director of secondary education for the Washington Township school district, said depending on the school’s fundraising efforts and PTO contributions the price per student for the Hershey Park trip would range from $65 to $85. The new location, which would not require motor coaches and provides a food package figures to be under $20 per student after fundraising and PTO donations, according to Gregor.

Megan Watson, a former board member and member of the equity subcommittee, said they chose Clementon Park because of its accessibility to all students.

“When we send our kids to field trips that are as expensive as the eighth-grade field trip, it automatically means that certain kids can’t go. That’s not fair. All of our eighth-graders should be able to go on the eighth-grade trip,” Watson said. “We chose a location that’s significantly more affordable for every student. The board took security options to make sure our kids are safe by making sure it’s only our kids in that park that day. They took steps to be inclusive, that should be commended, not attacked. The board is working very hard to make an environment for our students where all students are included.”

John responded by recommending other ways to provide equity without changing the trip, like Title 1 funds for the children who receive free and reduced lunch and fundraisers.

“I completely agree the mission of the district should be equity and equality and making things accessible for everybody,” John said. “I think there are ways to provide that without changing the trip. We can be creative and do some research.”

The Pop Experience returning to WTHS for seventh year