Haddonfield planted more than 80 trees in spring, expected to remove 200 this year. 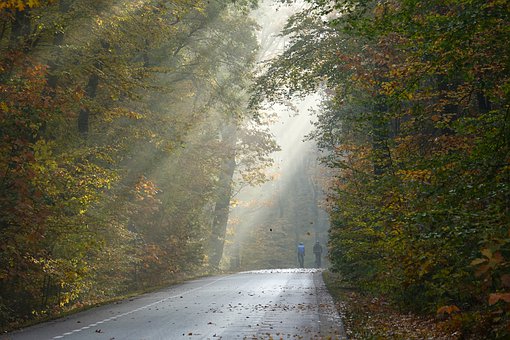 Long renowned for its commitment to all things arboreal in Haddonfield, the Shade Tree Commission did its part to provide shade and cooling spaces throughout the borough during its spring planting program.

Robin Potter, chairperson for the commission, speaking about all things spring planting: “All the trees survived, and we thought that was a good thing. “We ended up planting 85 trees on the ($27,000 urban and community forestry stewardship) grant and about six others outside the grant.

“In some cases, residents paid to have trees planted on their properties, at $350 a pop, and we planted a specific tree after discussing which trees are available. It was 91 trees total, 85 of them were 50 percent state funded and the rest of it funded significantly from the Shade Tree Escrow Fund. That’s a fund which developers pay into when they take down trees (graded in different levels depending on the diameter of the tree at its base) and so the purpose of the fund is to allow us to replant and replace.”

Potter also stated the commission budgeted for the removal of 200 trees throughout the borough in 2019. While she did not have exact numbers at the time of the interview, she said the number of takedowns in the year’s first seven months is on target for that amount. A significant chunk of trees that need to be taken down come down in the winter due to weather, and this year, that occurred in January.

Most trees targeted for removal, however, result from disease and pests. A high portion of those are in the red oak family: pin oaks and red oaks, as well as ash trees, Potter revealed. As former commissioner for public works, John Moscatelli, told The Sun last fall, ash trees are increasingly an issue because of the emerald ash bore, an invasive species, as well as an ash disease that has been killing them for more than a decade.

“The borough has not planted any ash trees for about 12-15 years at this point because of the virus associated with them. We actually had the Haddonfield Branch Managers, in May or June, do a survey of the 500 or so publicly owned ash trees in the town to evaluate them for condition. And we found some that were in fabulous shape but a couple hundred that were in really bad shape. Of the 200, the tree crew is focused specifically on ash as well as oaks,” Potter stated.

“The reason why it’s important we take them (ash trees) down, is once they are dead, they actually become very brittle as opposed to oaks, which are still very hardened.”

If residents are skittish about borough tree crews working on their property, Potter reminds them they can call an outside company – provided they consult with the public works department first.

“What we’ve discovered, residents don’t realize if they need a tree trimmed because it’s growing over their driveway and they’re scared someone will hit it, or whatever, there is a process so they can call public works, say they want to hire a tree person themselves, and then public works will talk to their guy to make sure they know what they’re doing and make sure that there’s an agreed-upon program.”

In response to the ongoing situation revolving around flood damage that affected multiple parts of the borough from a June 20 storm, Potter urges residents to become more aware of their surroundings.

“I worry because people think of the trees often as outdoor furniture; it’s not, it’s a living thing and therefore you really need to pay attention. There are signs if a tree is in trouble, but also just walking around and looking at the base,” she said.

“Residents will often flag it (for us) and we’ll come out and take a look. We have lots of people call in and ask if there’s a problem. It’s sort of an interactive thing. But (trees) are living, and as such, things happen and you need to stay alert.”