On a particularly warm morning in July, the township’s pollinator garden at the end of Cleveland Avenue is abuzz with bees and butterflies that flit from flower to flower. The garden, located in the Cherry Valley section of town, is thriving after a few weeks that have provided nearly equal parts rain and sun. Over the last few years, some of the residents of Cherry Valley have – of their own volition – tended to the garden. It’s not their property, but they water it when needed and pull weeds so that the flowers can grow uninterrupted.

The garden, today, is a stark contrast to the state the garden was in only a few weeks prior after being mistakenly mowed by the township’s public grounds crew. The accident left both the garden and the residents who tended to it completely flattened. But when the Cherry Hill Firefighters IAFF Local 2663 learned what had happened, it was more than willing to right the wrong and bring the garden back to life.

Township Chief of Staff Erin Patterson Gill said the township maintains a list dictating which pieces of land should be mowed and which remain untouched. The Cherry Valley garden was never on a mow list, but by mistake, the garden was mowed earlier this summer.

Patterson Gill said when they learned what had happened, they took the opportunity to go over the list with grounds crews. Additionally, grounds members went out and physically assessed their list to take stock of what should and should not be on it.

Around this same time, Cherry Hill Firefighters IAFF Local 2663 was looking to get started on more community outreach. Union President Dennis D’Alesandro said most of the time when residents see them, it’s because it’s an emergency situation, so they wanted to find other ways to service the community.

Firefighter Leonard Corris came home from work one day, and a neighbor told him that the Cleveland Avenue garden had been mowed down. The neighbor told him that Mary Ellen Lane, one of the residents who regularly tends to the garden, was upset and had reached out to the township for help restoring the garden. Corris said he knew it was going to take quite the effort to bring the effort back to life, so he thought, why not get the union involved?

Corris got in touch with the township and coordinated with the public works department, which provided the flowers and plants. Patterson Gill said the township supplied around $990 worth of materials to restore the garden.

So, on a June day, around 10 firefighter worked for nearly three hours planting and watering the plot of land. Corris said the residents had put years of hard work into the space, and so it took a generous amount of labor to get it back to where it was. When they were done, the men pulled up the fire truck to water all that they’d just planted.

Lane, who came out to supervise that day, said she was incredibly grateful for the restoration effort. For the last four years, Lane has pulled weeds and watered the garden at least two or three times a week. She said the firefighters’ enthusiasm for the project was heartening, and they still touch base to see how the garden is coming along.

“I was super delighted,” Lane said. “I can’t tell you how happy I was.”

Lane said given it’s not her property, she holds no ill will toward the township, which was more than willing to right the wrong, and she received apologies from two departments. She said they’ve even had a bit of luck. All of the rain in June and July meant that many of the plants that were mowed down sprang back to life and regrew.

While the garden has an ecological benefit by attracting bees and butterflies that help pollinate the surrounding areas, it also has a human benefit. Lane said it’s a source of joy for residents, too. She said she and her fellow neighbors take joy in tending to the space and watching it grow. For others, it’s a calm place to visit. She said her friend with epilepsy regularly walks through the gardens for a little peace of mind.

While the mowing was obviously not ideal, Patterson Gill said if there’s any silver lining to be had it’s that the incident has brought a bit of awareness to a “hidden gem” that residents might not have known about, and the township has put up a “no mow” sign to ensure this doesn’t happen again. 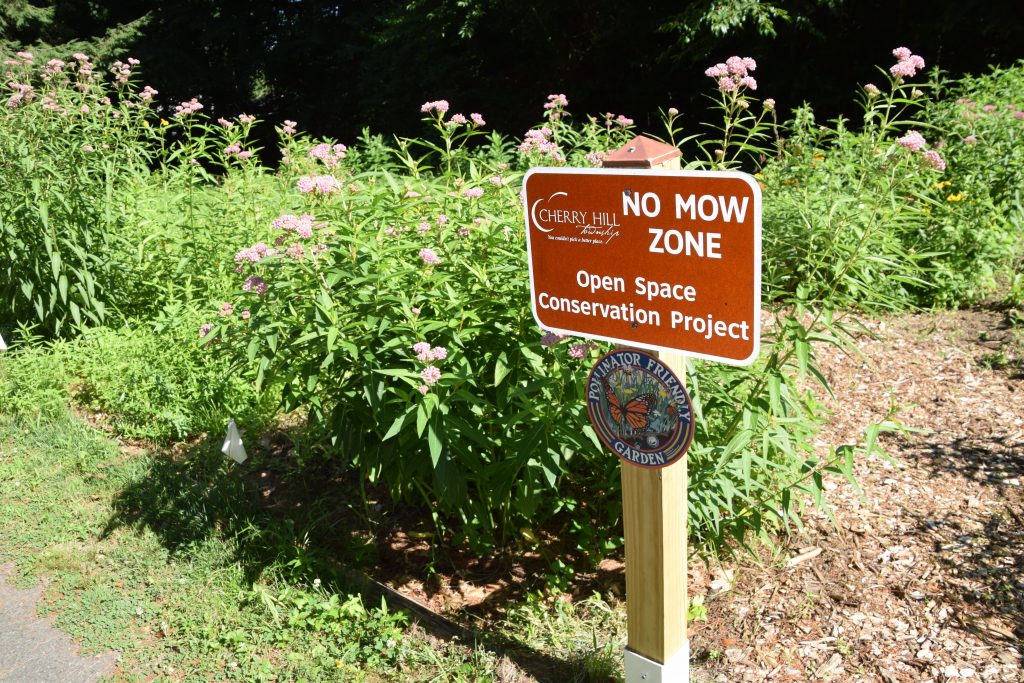