With the exception of travel agencies, outdoor supply stores and restaurants with outside seating, for many small businesses summer can mean a slump in sales. As locals flock to the beach on weekends or take time off for extended vacations, businesses start to feel the loss of patrons when it comes to their bottom line.

As president of the Moorestown Business Association, Steven Pazienza works toward fulfilling the organization’s mission of promoting healthy economic growth within the township and encouraging the creation and expansion of local businesses.

According to him, there are ways to combat the summer slump and local businesses should not resign themselves to despair without first trying to get creative and experiment a little.

“If you give them a reason, there are plenty of folks around. They just have to be focused. I think businesses have to make sure they go out and don’t assume that there are no customers,” said Pazienza. “It can’t be a self-fulfilling prophecy that there are no customers. If you don’t advertise, then you’re right, you’re not going to have customers, but if you get out there and plant the seed, I think there is plenty of business.”

Using resources like social media pages to get a business’ message out and inform the public of special offers and other incentives can be critical for businesses around this time of year, says the MBA president.

In his communications with local, small businesses, Pazienza says the main complaint he hears concerns a lack of foot traffic on Main Street. He believes this to be due, in part, to the absence of a diverse shopping experience that would lend itself to pedestrians actually walking up and down the township’s main thoroughfare rather than simply seeking out one particular destination and leaving.

Currently, the vast majority of offerings along Main Street consist of restaurants that serve as one of these single-destination businesses that don’t necessarily encourage people to browse other shops.

“You don’t always get the people that are going to hang out for two to three hours,” said Pazienza. “I think the key to sustainability on Main Street is that you need people to have a destination where they want to hang out for a few hours and do a little shopping, a little bit of eating, do their banking and so on.”

Local business owner Melissa McGrath has felt the effects of the summer slump since she opened her Main Street gift shop, Navy Blue Home and Gifts, eight years ago. She has since joined several other businesses who close for weeks on end throughout the summer months.

“It doesn’t seem to be missed, but I do understand from some people in town who will say, ‘We missed you while you were gone, not everybody goes away,’ so it’s not without its difficulties,” said McGrath.

McGrath has found that keeping with the times and utilizing online resources like her shop’s Instagram page has helped to drive sales and spread their message, but agrees with Pazienza’s sentiment that more diverse offerings on Main Street would increase foot traffic.

Two of the township’s biggest annual endeavors aimed at bringing people to local businesses bookend these tough summer months. Moorestown Day in June is a popular event that always draws a crowd, and coming up in late August is the second annual End of Summer Block Party.

The block party is a food truck festival that premiered just last year as an experiment by the Economic Development Advisory Committee that turned out to be a smash success. This year’s block party is being run by the MBA, and Pazienza believes it presents a great opportunity for residents coming back from summer vacations to reconnect with their neighbors and hopefully spend some money in town. 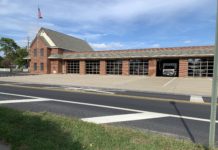 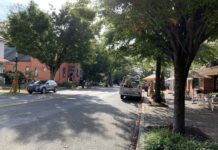 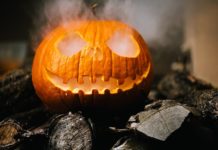