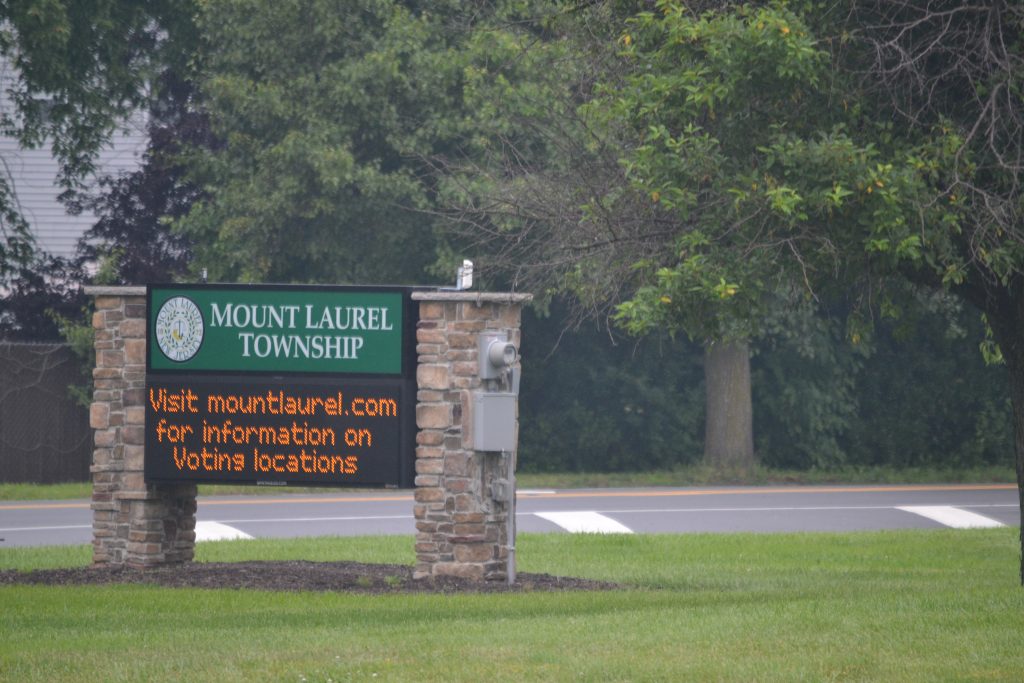 The efforts of Mt. Laurel Township’s Republican council members to get a referendum on the ballot this fall to change its municipal elections from partisan to nonpartisan took a blow on July 12.

Late that day, Lt. Gov. Sheila Oliver, acting on behalf of Gov. Phil Murphy, who was out of state, signed into law Assembly Bill 5404 changing the requirements for referendums that change the form of municipal government.

The bill, which had been introduced in May by Burlington County Democrat Assemblywoman Carol Murphy of Mt. Laurel, changes the threshold for passing an ordinance to create a referendum for changes to the form of a municipal government by requiring approval from at least two-thirds of the municipality’s elected officials. A referendum can also be approved if a petition submitting the ordinance to council is signed by at least 25 percent of the total number of votes cast at the last election where General Assembly members were on the ballot. Previously, the threshold was either a simple majority of council or a petition submitted with 10 percent of the total number of votes cast in the last election.

After the passage of the new law, Carol Murphy tweeted out her thanks to state legislators and Phil Murphy for supporting the change.

“Today is a victory for our democracy and protects the integrity of municipal elections in (New Jersey),” Carol Murphy said in a tweet. “The decision to change the form of government is a serious choice for residents to consider, and never should be subject to the whim of politicians seeking to game the system.”

“I’m very appreciative of the support from legislative leadership, residents that had the courage to step forward in our effort to reform the system, and (Gov. Murphy) for his final approval that puts an end to this misguided referendum in Mt. Laurel Township,” Carol Murphy added in a second tweet.

At its last meeting In June, Mt. Laurel Council adopted an ordinance to create a referendum for this November’s election where voters would be asked to switch its municipal elections from partisan to nonpartisan. The ordinance was adopted in a 3-2 vote, with Republicans Kurt Folcher, Linda Bobo and Irwin Edelson voting yes and Democrats Stephen Steglik and Kareem Pritchett voting no.

The adoption of the ordinance came after months of debate between council Republicans and Democrats. Republicans said the suggestion of changing to nonpartisan elections came from a resident and would allow voters to set aside national partisan issues and instead focus specifically on local issues at the township level. The Democrats have argued the Republicans proposed the change so they would not have to run in the same column as Republican President Trump in the next council election in 2020 to try and maintain their party’s majority. The three council Republicans, Folcher, Bobo and Edelson, will have their seats up for election next year.

Upon hearing the news about the bill’s passage, Steglik said he was pleased to see the bill move forward after the state Senate rescinded its original approval in late June.

“I was pleasantly surprised that New Jersey did the right thing and strengthen what can and can’t be on the ballot,” Steglik said.

In an email to The Sun, Folcher expressed his disappointment about the passage of the law and criticized Murphy for pushing the legislation through at the state level.

“I am extremely disappointed that a bill taking power away from all of the people of New Jersey in favor of our special interest-owned government has become law,” Folcher said in his statement. “It is pretty sad when your own government shows such distrust in the voters that it makes such a power grab. At a time when people across the nation want an end to the hyper-partisan, two party-domination of our politics, New Jersey went in the opposite direction of what is needed.

Folcher went on to criticize Carol Murphy for pushing for the passage of the referendum bill while ignoring other issues affecting the state.

“I would like to challenge (Murphy) to do something positive for her constituents as quickly as she pushed this bad legislation through,” Folcher said. “Let’s see her author and get something through in 30 days that significantly increases efficiency/reduces cost in an area of state operations and use those savings as a continuing payment into our underfunded state pensions. The township’s bond rating is dragged down by the state’s pension crisis.”

Steglik defended Murphy, stating she was doing her job as an assemblywoman by pitching the idea to strengthen the referendum regulations.

“I think Carol did the right thing in listening to constituents,” Steglik said.

Steglik also criticized his three Republican colleagues on council, saying they hadn’t reached out to him or fellow Democrat Pritchett to discuss the referendum in detail over the past few months.

With the signing of the new state law taking effect immediately, questions have been raised as to whether Mt. Laurel’s ordinance from June is now void. Ordinances adopted by Mt. Laurel Council take effect 20 days following their passage, which for the referendum ordinance would have been July 13. The referendum bill was signed into law the day prior, on July 12.

Folcher said the law in New Jersey is “gray” about whether the new law will apply to the Mt. Laurel approved referendum. He said the township plans to submit the referendum to Burlington County Clerk Joanne Schwartz for placement on the 2019 ballot, but added he is not optimistic, Schwartz, a Democrat, will approve it.

“We will consider our legal options to allow the people to have their say,” Folcher said. “As the law was drafted and pushed through by an assemblywoman to specially target one township where her husband happens to be the Democratic municipal chair, all kinds of legal questions arise. But, we will be very careful not to waste taxpayer money on poorly thought-out challenges. We can always move forward with gathering the signatures if need be.”

Steglik said he trusts Schwartz to follow the law in regard to the referendum, noting the Burlington County clerk needs to be fair to both Democrats and Republicans.

“I think JoAnne Schwartz is a professional,” Steglik said. “I’ve known her for years. She’s doing a great job, working with Democrats and Republicans alike.”

Steglik added he’s been disappointed in the deterioration of the relationship between the Democrats and Republicans on council the past few months, saying their relationship started well at the beginning of 2019. Steglik hopes council can get past the referendum issue soon and “get back to business.”